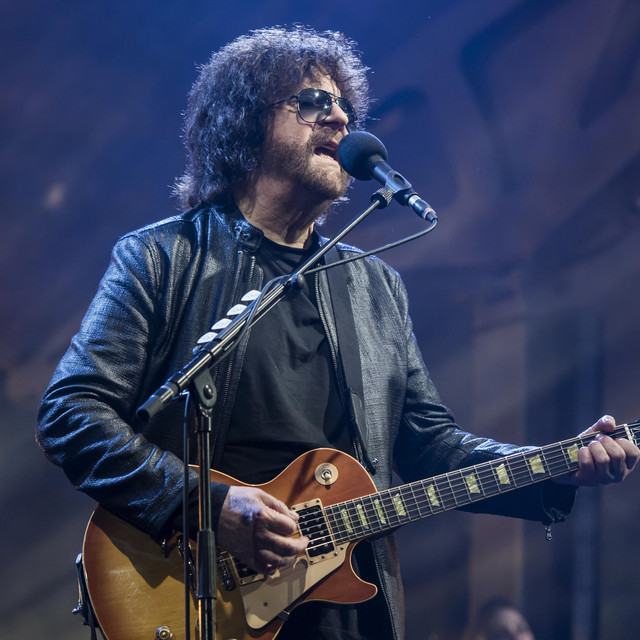 Jeffrey Lynne (born 30 December 1947) is an English singer-songwriter, multi-instrumentalist, and record producer. He is best known as the co-founder of the rock band Electric Light Orchestra (ELO), which was formed in 1970. As a songwriter, he has contributed a number of hits to the repertoire of ELO, including "Evil Woman", "Livin' Thing", "Telephone Line", "Mr. Blue Sky", "Don't Bring Me Down", and "Hold On Tight".

Born in Birmingham, Lynne became interested in music during his youth, being heavily inspired by the Beatles. He began his music career in 1963 as a member of the Andicaps, leaving the group a year later to join the Chads. From 1966 to 1970, Lynne was a founding member and principal songwriter for the Idle Race, a group which also featured Roy Wood. In 1970, Lynne accepted Wood's offer to join the Move, with Lynne contributing heavily to the band's last two albums. Later that year, Lynne and Wood disbanded the Move to form the band ELO, which was formed out of Lynne's and Wood's desire to create modern rock and pop songs with classical overtones. Following Wood's departure from ELO in 1972, Lynne assumed sole leadership of the band and wrote, arranged, and produced virtually all of its subsequent records.

During the 1970s and 1980s, ELO released a string of top 10 albums and singles, including the band's most commercially successful album, the double album Out of the Blue (1977). Two ELO albums reached the top of British charts: the disco-inspired Discovery (1979) and the science-fiction-themed concept album Time (1981). Lynne produced all fifteen ELO singles that rose to the Top 10 record charts in the UK. After ELO's original disbandment in 1986, Lynne released two solo albums: Armchair Theatre (1990) and Long Wave (2012). Additionally, he began producing various artists. In 1988, under the pseudonyms Otis Wilbury and Clayton Wilbury, he co-founded the supergroup Traveling Wilburys with George Harrison, Bob Dylan, Roy Orbison, and Tom Petty. In the 1990s, Lynne co-produced the Beatles' Anthology reunion singles from John Lennon demos, "Free as a Bird" (1995) and "Real Love" (1996). In 2014, Lynne reformed ELO and resumed concert touring under the name "Jeff Lynne's ELO".

Outside of ELO, Lynne's producing credits include the UK or US Top 10 albums Cloud Nine (Harrison, 1987), Mystery Girl (Orbison, 1989), Full Moon Fever (Petty, 1989), Into the Great Wide Open (Tom Petty and the Heartbreakers, 1991), Flaming Pie (Paul McCartney, 1997), and Get Up! (Bryan Adams, 2015). In 2014, Lynne received a star on the Birmingham Walk of Stars, and was awarded a star on the Hollywood Walk of Fame the following year. He received three Ivor Novello Awards, including the award for Outstanding Services to British Music. In 2017, Lynne was inducted into the Rock and Roll Hall of Fame as a member of ELO, and was appointed Officer of the Order of the British Empire in the 2020 Birthday Honours.

George Harrison’s “My Sweet Lord” Gets New Video With Dozens of Stars: Watch