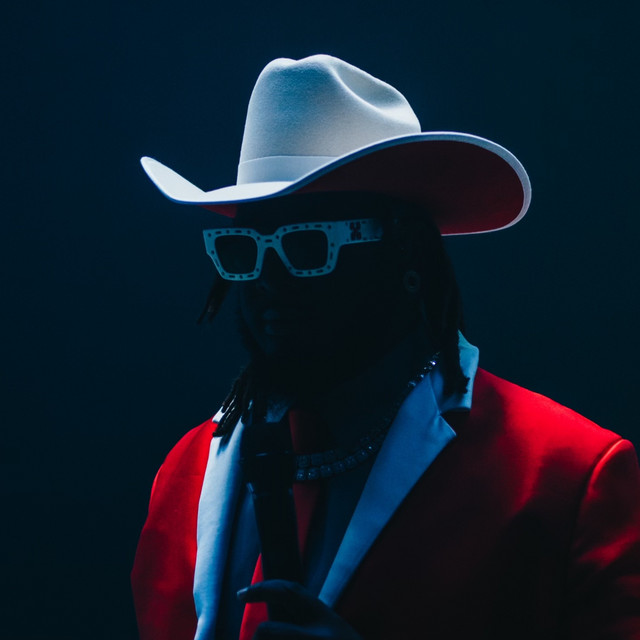 Faheem Rashad Najm (born September 30, 1984), better known by his stage name T-Pain, is an American rapper, singer, songwriter, and record producer. Throughout his career as a singer, T-Pain popularized the creative use of the Auto-Tune pitch correction effect, used with extreme parameter settings to create distinctive vocal sounds. His success with the effect has influenced several other major artists to adopt it as well, namely rappers Snoop Dogg, Lil Wayne, Kanye West, Future and Travis Scott, among others. After signing with singer Akon's Konvict Muzik, T-Pain subsequently founded his own vanity label imprint, Nappy Boy Entertainment, established in 2005.

His debut album, Rappa Ternt Sanga, was released in 2005. In 2007, T-Pain released his second album, Epiphany, which reached number one on the US Billboard 200 chart. His third album, Three Ringz, was released in 2008. The albums included a string of hit singles, including "I'm Sprung", "I'm 'n Luv (Wit a Stripper)", "Buy U a Drank (Shawty Snappin')", "Bartender", "Can't Believe It", and "5 O'Clock". T-Pain has earned two Grammy Awards from 12 nominations, one with Kanye West for "Good Life" and the other with Jamie Foxx for "Blame It". From 2006 to 2010, T-Pain was featured on more than 50 chart topping singles. His most successful feature to date was on Flo Rida's debut single "Low", which has since been certified diamond (10× platinum) by the Recording Industry Association of America (RIAA).

Boosie Badazz snapped back at T-Pain after the rapper said that he thinks 2Pac would get "ate the f*ck up lyrically" if he were alive today.

T-Pain told DJ Akademiks that 2Pac would have "gotten his ass ate the f*ck up lyrically" if he was still alive and in the hip-hop game today.

Recently, someone claimed on Reddit that T-Pain went on various Uber trips while in Mississippi and failed to tip the driver, but he has since denied the claim.

T-Pain Celebrates Becoming a Restaurant Owner: 'I'm Taking the Leap on Anything I Truly Love'

T-Pain announced he has become a restaurant owner and explained how this latest venture represents his approach to anything that scares him.

Ahead of the hotline's May 12 launch, T-Pain tells Billboard two tips he wish he knew sooner.

Ahead of his The Road to Wiscansin Tour, which kicks off on May 10 in San Francisco, T-Pain offers up his brand new single “That’s Just Tips.”

T-Pain Calls Out Dallas Fans Over Low Ticket Sales to His Concert: 'I Wore Cowboy Hats Many Times'

Ahead of his May 18 show at The Factory in Dallas, T-Pain took to social media over the weekend to call out his fans in the city for low ticket sales.

T-Pain Calls Out Dallas Fans Over Low Ticket Sales to His Concert: 'I Wore Cowboy Hats Many Times'

Ahead of his May 18 show at The Factory in Dallas, T-Pain took to social media over the weekend to call out his fans in the city for low ticket sales.

The industry veteran worked on hit albums for T-Pain, Rihanna and more before managing Kanye West.

T-Pain Warns of Scammer Using His Name to Finesse Artists Out of Money by Email: ‘These Boys Out Here Actin Up’

T-Pain took to Instagram on Sunday to share a screenshot of an email from a scammer pretending to be him in an effort to get artists' money.

Buddy has dropped his highly anticipated second studio album 'Superghetto,' which features appearances from the likes of T-Pain and Tinashe.

The Florida artist's latest effort sees some love from the Sunshine State and beyond, with features from Robert Glasper, 6lack, Rico Nasty, J.I.D, and others.

Denzel Curry links up with T-Pain for new single ‘Troubles’

The rapper's new album 'Melt My Eyez See Your Future' arrives this Friday The post Denzel Curry links up with T-Pain for new single ‘Troubles’ appeared first on NME.

Ahead of the release of his fifth studio album 'Melt My Eyez See Your Future,' Denzel Curry tapped T-Pain for his latest single and video "Troubles."

Follow T-Pain on His ‘Road to Wiscansin’ Tour and Festival

The spring trek will culminate in T-Pain's first ever Wiscansin Festival in... well... Wisconsin

T-Pain Says if Spotify Removes Joe Rogan, Then Everyone Has to Go

This is shocking. Continue reading…

Usher had criticised T-Pain for popularising the use of Auto-Tune The post T-Pain reconciles with Usher after Auto-Tune feud appeared first on NME.

According to the "I Like Dat" singer, "It’s all love."

Until the Day (Remix)

Shootin' Up The Club

I'm Cool With That

Say What You Want

A Million Times (The Remixes)

Everything Must Go, Vol. 2

Everything Must Go, Vol. 1

One At A Time (with T-Pain)

My Own Step (Theme From Step Up 3D) [Soundtrack Version]

My Own Step (Theme From Step Up 3D)

Take Your Shirt Off