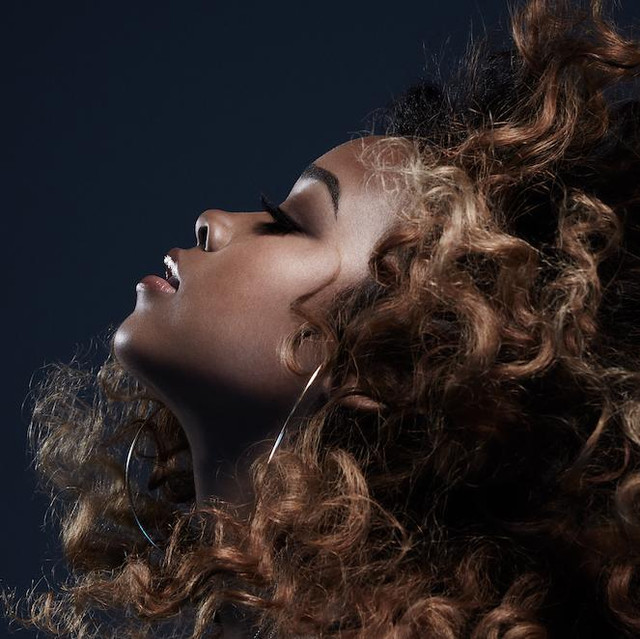 Gabriella Sarmiento Wilson (born June 27, 1997), known professionally as H.E.R. (pronounced "her", an acronym for "Having Everything Revealed"), is an American R&B singer, songwriter, and musician. After initial music appearances and singles under her real name, Wilson re-emerged in 2016 as H.E.R., releasing her debut EP H.E.R. Volume 1 under RCA, followed by four subsequent EPs. Her first compilation album H.E.R. (2017), consisting of tracks from her first two EPs plus six additional songs, was nominated for five Grammy Awards, winning Best R&B Performance and Best R&B Album.

The band were also joined by H.E.R. and Max Martin at the second of their six shows inside the 90,000-capacity stadium The post Watch Coldplay perform with Craig David at Wembley Stadium appeared first on NME.

H.E.R. to play Belle in ‘Beauty And The Beast’ TV special

“The world will see a Black and Filipino Belle!" The post H.E.R. to play Belle in ‘Beauty And The Beast’ TV special appeared first on NME.

H.E.R. to Play Belle in ‘Beauty and the Beast: A 30th Celebration’ ABC Special | Billboard News

“The world will see a Black and Filipino Belle!” the award-winning singer-songwriter said about her casting.

Who Should Play Opposite H.E.R. in ‘Beauty & the Beast?’ Vote!

Let us know who you think should play Beast opposite H.E.R.'s Belle.

H.E.R. and Lil Silva added to All Points East line-up

They join the Disclosure bill with James Blake, Charli XCX, Fred Again.. and more The post H.E.R. and Lil Silva added to All Points East line-up appeared first on NME.

Song appears on the forthcoming Jack Antonoff-produced soundtrack to Minions: The Rise of Gru, which also features contributions from artists including St. Vincent, Thundercat and H.E.R.

The Story Behind H.E.R. | Billboard News

Looking back at some of the most memorable moments and biggest accomplishments in H.E.R.’s career.

H.E.R. releases cover of Sly and the Family Stone’s ‘Dance to The Music’ for ‘Minions: The Rise of Gru’ soundtrack

Following Diana Ross and Tame Impala’s collaborative single ‘Turn Up The Sunshine' from the same soundtrack The post H.E.R. releases cover of Sly and the Family Stone’s ‘Dance to The Music’ for ‘Minions: The Rise of Gru’ soundtrack appeared first on NME.

Hear H.E.R. Cover Sly and the Family Stone Classic ‘Dance to the Music’

Song appears on the Jack Antonoff-curated soundtrack for Minions: The Rise of Gru

The label “has significantly limited” the singer’s employment rights, the lawsuit alleges The post H.E.R. sues record label, seeks release from her contract with MBK Entertainment appeared first on NME.

Hypnotizing Minions Stand in for Diana Ross, Tame Impala in ‘Turn Up the Sunshine’ Video

Single appears on the forthcoming Jack Antonoff-produced soundtrack to Minions: The Rise of Gru, which also features contributions from Phoebe Bridgers, RZA and H.E.R.

The artist claims MBK Entertainment is dictating her career decisions past the point allowed under state law.

H.E.R. Sues Her Record Label and Asks Out of Contract

Coldplay joined on stage by H.E.R. as ‘Music Of The Spheres’ US tour concludes

The pair played 'Let Somebody Go' at a huge stadium show in Tampa, Florida last night (June 14) The post Coldplay joined on stage by H.E.R. as ‘Music Of The Spheres’ US tour concludes appeared first on NME.

H.E.R. Facing Lawsuit Over Alleged Gospel Sample In ‘Could’ve Been’

H.E.R., Bleachers, Phoebe Bridgers, Kali Uchis, Thundercat, and Caroline Polachek are also set to be featured on the Minions: The Rise of Gru soundtrack.

Jimin and Jungkook show off their basketball skills and TOMORROW X TOGETHER performed their song ‘Good Boy Gone Bad’.

H.E.R. and Jungkook ended up tying during their basketball arcade game.

Parton presented veteran newsman Dan Rather with the Career Achievement Award last month. It was one of three awards that were announced early.

Song is the first release from the forthcoming Jack Antonoff-produced album, which also features contributions from Phoebe Bridgers, RZA and H.E.R.

Anitta, H.E.R. and Shygirl have also joined the bill for the Danish festival The post Biffy Clyro, CHVRCHES and Baby Keem added to Roskilde 2022 line-up appeared first on NME.

Canadians Can Buy Tickets to Wu-Tang, H.E.R., and Wiz Khalifa for $25 Next Week

Over 3,700 shows are offering tickets to concerts happening this summer for $25 all in, thanks to Live Nation's annual Concert Week finally returning.

Øya Festival confirms full line-up for 2022, including H.E.R. and Little Simz

The Norwegian festival will return in August The post Øya Festival confirms full line-up for 2022, including H.E.R. and Little Simz appeared first on NME.

The band will be joined by Camila Cabello and H.E.R. at select new dates in September and October The post Coldplay add new South American dates to ‘Music Of The Spheres’ world tour appeared first on NME.

The camera cut to both Lady Gaga and H.E.R. rocking out in the audience during the scorching performance.

The trio performed "Damage" and "Are You Gonna Go My Way."

H.E.R. Played Every Instrument in the World With Lenny Kravitz and Travis Barker at the Grammys

Dance To The Music (From 'Minions: The Rise of Gru' Soundtrack)

Automatic Woman (from the "Bruised" Soundtrack)

Back of My Mind

Change (from the Netflix Series "We The People")

Hold Us Together (Hope Mix)

Hold Us Together (From the Disney+ Original Motion Picture "Safety")

I Used To Know Her

Think (From the Motion Picture "What Men Want")

This Way (From SUPERFLY - Original Soundtrack)