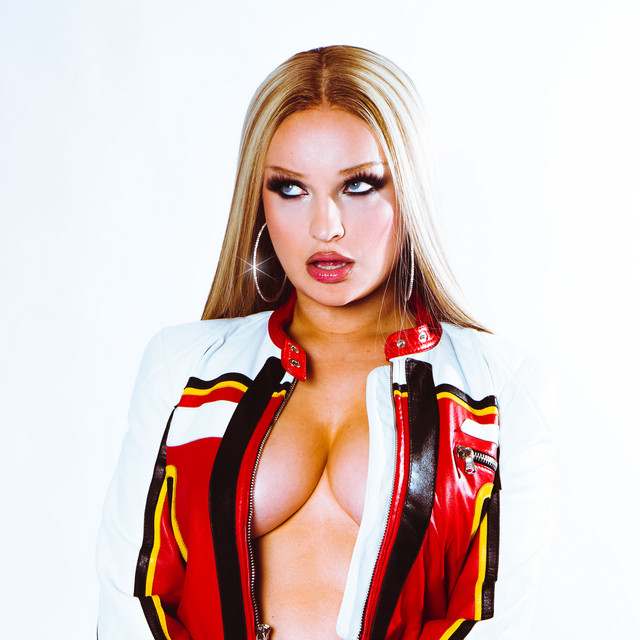 Kim Petras (born 27 August 1992) is a German singer and songwriter based in Los Angeles. Between 2016 and 2020, she released music as an independent artist under her own imprint, BunHead Records, before signing with Amigo and Republic Records in 2021 where she will release her upcoming third album and major-label debut.Petras began recording music as a teenager, releasing her debut extended play One Piece of Tape in 2011. She independently released her debut international single in 2017, "I Don't Want It at All", which went on to top several viral music charts on Spotify. The song was followed by Billboard-charting singles "Feeling of Falling" (with Cheat Codes), "Heart to Break", and "1, 2, 3 Dayz Up" (featuring Sophie).

Following her early success, Petras released a collection of digital singles which would later comprise her unofficial body of work known as Era 1. Petras released her debut album Clarity, on 28 June 2019. The record was preceded with a nine-week-long promotional campaign, during which Petras released one single per week with an accompanying visual lyric video. Clarity received acclaim from music critics, reached number seven on the Heatseekers Chart and number 26 on the Independent Albums chart. Following this, Petras released her second studio album, Turn Off the Light in October 2019. In 2020, Petras saw further success with her songs "Malibu" and "Broken Glass", the latter being a collaboration with Kygo.

In 2021 Petras signed with Republic Records and released the 7-track EP Slut Pop in 2022. She is currently working on her third studio album.

Kim Petras Vents Over Not Being Able to Release New Music: ‘I’m F—ed’

"Nothing is scrapped I didn’t get approval to release anything," she told a fan on Twitter. "It’s limbo."

"I don’t think gender should define what you can and can’t do with your f---ing body," she said.

First Out: New Music From Panic! At the Disco, 070 Shake, Tove Styrke & More

The song has gone viral this week after appearing on 'Stranger Things' season four The post Listen to Kim Petras’ cover of Kate Bush’s ‘Running Up That Hill’ appeared first on NME.

“I have always been obsessed with ‘Running Up That Hill.’ It means so much and it’s so elusive.”

Kim Petras Delivers a Euphoric (and Well-Timed) ‘Running Up That Hill’ Cover for Pride Month: Listen

Petras' cover comes as the song sees massive streaming boosts thanks to a poignant sync on 'Stranger Things' season four.

The annual LGBTQ music festival will also be moving to Governors Island for its 2022 iteration.

Here's why #FreeKesha started to trend after Petras dropped her EP

From Kim Petras's surprise new EP to Shamir's emotionally revealing new album, check out just a few of our favorite releases from this week below.

More new music looks to be on the way soon The post Kim Petras is teasing new music after sharing clips of new song appeared first on NME.

From Kim Petras‘s campy new single, to Elton John's new Christmas song with Ed Sheeran, check out just a few of our favorite releases from this week below.

From Kim Petras to Hayley Kiyoko, 'Billboard' picked just a few of ur favorite bewitching bops performed by queer and trans artists to celebrate All Hallows' Eve.

Maluma, Måneskin and Kim Petras are set to perform at the 2021 MTV Europe Music Awards on Nov. 14.

10 Cool New Pop Songs to Get You Through The Week: CL, Kim Petras, Sevyn Streeter & More

These 10 tracks from artists like CL, Kim Petras, Sevyn Streeter and BIA will get you energized to take on the week.

From Kim Petras' return to dance-pop, to Halsey's stunningly serious new album, check out just a few of our favorite releases from this week below:

After months of waiting, Kim Petras fans are finally getting the new single they've been waiting for.

She plans to debut the album's lead track during her performance at Lollapalooza 2021 The post Kim Petras reveals new album is “fully done” and first single is on its way appeared first on NME.

TURN OFF THE LIGHT

All I Do Is Cry

Unlock it (Lock It) [feat. Kim Petras and Jay Park]

I Don't Want It At All