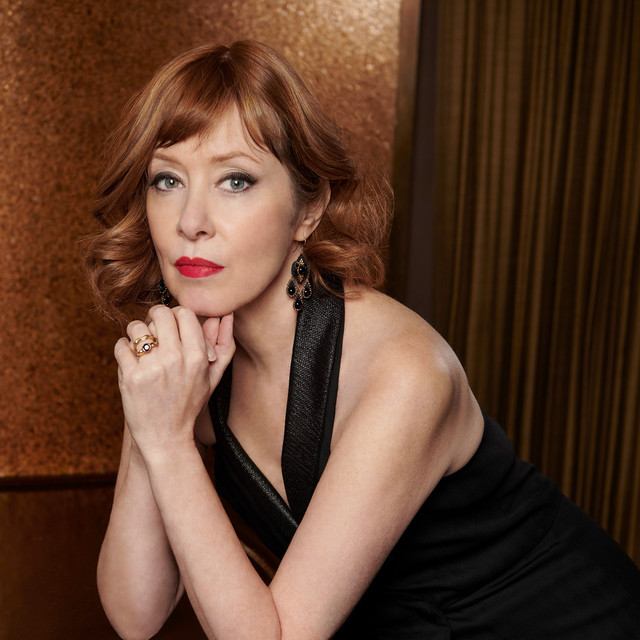 Suzanne Nadine Vega (born July 11, 1959) is an American singer-songwriter best known for her folk-inspired music. Vega's music career spans almost 40 years. She came to prominence in the mid-1980s, releasing four singles that entered the Top 40 charts in the UK during the 1980s and 1990s, including "Marlene on the Wall", "Left of Center", "Luka" and "No Cheap Thrill". "Tom's Diner", which was originally released as an a cappella recording on Vega's second album, Solitude Standing (1987), was remixed in 1990 as a dance track by English electronic duo DNA with Vega as featured artist, and it became a Top 10 hit in over five countries. The original a capella recording of the song was used as a test during the creation of the MP3 format. The role of her song in the development of the MP3 compression prompted Vega to be given the title of "The Mother of the MP3".Vega has released nine studio albums to date, the latest of which is Lover, Beloved: Songs from an Evening with Carson McCullers, released in 2016.

The tour announcement comes ahead of her performance at Glastonbury this weekend The post Suzanne Vega announces 2023 winter UK tour appeared first on NME.

Paul Heaton and Jacqui Abbott, The Waterboys and Suzanne Vega will all headline The post Glastonbury 2022 confirms line-up for the Acoustic Stage appeared first on NME.

Here Are the Lyrics to AnnenMayKantereit & Giant Rooks’ ‘Tom’s Diner’

Follow along with the lyrics to AnnenMayKantereit and Giant Rooks' cover of Suzanne Vega's 1987 single.

Plus, another new version of Suzanne Vega's "Tom's Diner" debuts on the Global 200.

An Evening of New York Songs and Stories

New York is My Destination

Lover, Beloved: Songs from an Evening with Carson McCullers

In Concert (Live at the Coach House, San Juan Capistano 1993)

Tales from the Realm of the Queen of Pentacles

Live at the Stephen Talkhouse

Songs In Red And Gray

Men In A War