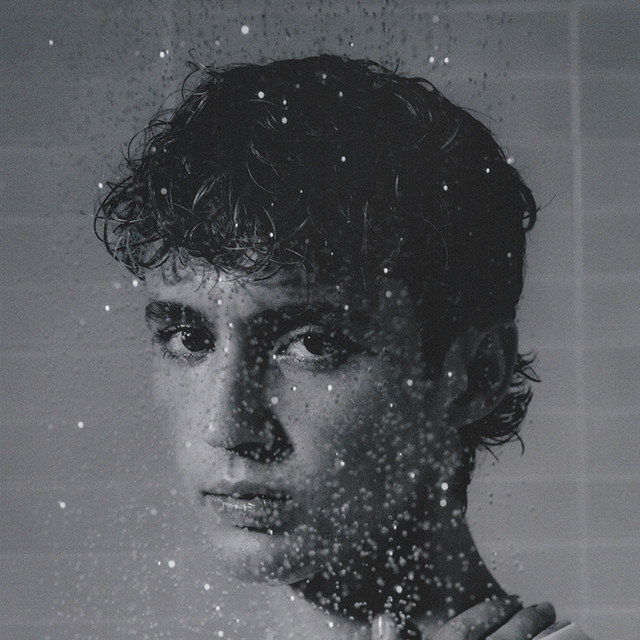 Troye Sivan Mellet ( TROY sih-VAHN; born 5 June 1995) is an Australian singer-songwriter, actor and YouTuber. After gaining popularity as a singer on YouTube and in Australian talent competitions, Sivan signed with EMI Australia in 2013 and released his third extended play, TRXYE (2014), which peaked at number five on the US Billboard 200. Its lead single, "Happy Little Pill", reached number ten on Australian music charts. In 2015, he released his fourth extended play Wild followed by his debut studio album Blue Neighbourhood, whose lead single "Youth" became Sivan's first single to enter the top 40 of the Billboard Hot 100 chart, peaking at number 23. His second studio album Bloom (2018) reached number three in Australia, and number four on the Billboard 200 chart. Its lead single, "My My My!", became Sivan's second number-one single on the Billboard Dance Club Songs chart. "Take Yourself Home" was the first single from his EP In a Dream (2020).As an actor, Sivan portrayed the younger Wolverine in X-Men Origins: Wolverine (2009) and starred as the title character in the Spud film trilogy. As a YouTube personality, Sivan used to upload video blogs regularly and, as of 2021, has over 7.3 million subscribers and over 1.3 billion total views. His video "The 'Boyfriend' Tag", with fellow vlogger Tyler Oakley, earned them a Teen Choice Award in the "Choice Web Collaboration" category. In 2014, Time named Sivan as one of the "25 Most Influential Teens of 2014". In 2018, he received a Golden Globe nomination for Best Original Song for "Revelation", from the film Boy Erased, in which he also had a supporting acting role.

The drama series, starring The Weeknd, Troye Sivan and Lily-Rose Depp, will premiere later this year The post Watch the first trailer for The Weeknd’s HBO Max series ‘The Idol’ appeared first on NME.

Troye Sivan on possibly working with BTS again: “That’s something I’ve wanted to do for a long time”

"I'm very, very down" The post Troye Sivan on possibly working with BTS again: “That’s something I’ve wanted to do for a long time” appeared first on NME.

Also, SiriusXM's Bryant Pino on the latest Latin pop trends, and a flashback to a song you used to know, 10 years ago.

From Kehlani's stunning new single to Troye Sivan's latest collaboration from his new film, check out just a few of our favorite releases from this week below.

The song is lifted from new film 'Three Months', which Sivan stars in The post Listen to Troye Sivan and Gordi’s new collaboration ‘Wait’ appeared first on NME.

Check out just a few of our favorite releases from this week below.

The project was first announced back in June The post The Weeknd’s series ‘The Idol’ greenlit by HBO, Troye Sivan joins cast appeared first on NME.

Billboard chatted with Sivan ahead of his For All Creators announcement about working with fans, his latest single "Angel Baby," attending the Met Gala and much more.

Troye Sivan Searches for His Own ‘Angel Baby’ in Flirtatious New Video: Watch

Troye Sivan is looking for love in all the right places -- especially in his brand-new music video for "Angel Baby."

From Troye Sivan's return to indie-pop, to Muna's hotly anticipated collaboration with Phoebe Bridgers, check out just a few of our favorite releases from this week below.

It's arrived alongside a nostalgic music video The post Vengaboys throw it back to the ’90s with a cover of Charli XCX and Troye Sivan’s ‘1999’ appeared first on NME.

Jack Latham made a name for himself via the avant electronic label Night Slugs. Now, he’s working with Rodrigo, Conan Gray, and Troye Sivan

Watch Troye Sivan, Tate McRae and DJ Regard perform ‘You’ for first time on TV

Dark lighting and neon accents gave the performance a club-like feel The post Watch Troye Sivan, Tate McRae and DJ Regard perform ‘You’ for first time on TV appeared first on NME.

With Pride season officially upon us, queer artists such as Demi Lovato, Lil Nas X and Troye Sivan are gearing up to make sure that the festivities are as fun as possible.

Regard, Troye Sivan & Tate McRae Reach No. 1 on Dance/Mix Show Airplay Chart in Record Time With ‘You’

Regard, Troye Sivan and Tate McRae's "You" surges to No. 1 in only its third week on Billboard's Dance/Mix Show Airplay chart (dated May 15), tying for the quickest coronation in the survey's 17-year history.

Regard, Troye Sivan & Tate McRae Debut on Dance/Electronic Charts With ‘You’

Regard, Troye Sivan and Tate McRae debut at No. 4 on Billboard's multimetric Hot Dance/Electronic Songs chart (dated May 1) with "You."

From Rina Sawayama and Elton John's touching duet, to Troye Sivan's latest collaboration with Tate McRae & Regard, check out just a few of our favorite releases from this week below

Troye Sivan Takes Us for a Tour of His Home, Drops Thumping New Track ‘You’: Stream It now

Sivan teased the track on April 1, and shared it in full overnight on digital music services.

could cry just thinkin about you (Full Version)

There For You: The Remixes

The Fault In Our Stars (MMXIV)

The Fault in Our Stars