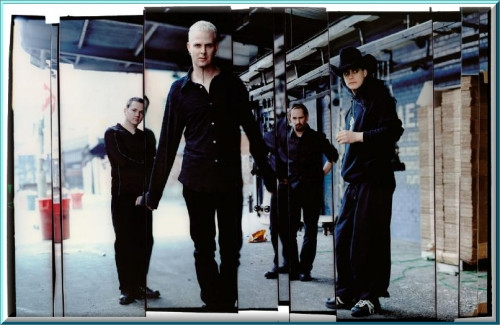 Gravity Kills was an American industrial rock band from St. Louis, Missouri. Their music was described by one critic as "a blending of eerie industrial rock with a pop-infused melodic chorus and a bit of hard-core head banging." The band was formed in 1994. They had their first hit single with "Guilty", a track later released on their 1996 debut album Gravity Kills. The band released two additional albums of new material, Perversion in 1998 and Superstarved in 2002, as well as a remix album in 1997. Their singles "Falling" (from Perversion) and "One Thing" (from Superstarved) achieved minor success. Due to the lack of tour support from their record label, they were unable to complete a tour for Superstarved and broke up in 2003. From 2005 to 2012, Gravity Kills reunited for occasional one-off festivals and shows. They had been on hiatus since their last show in 2012.

Gravity Kills' songs have been featured on soundtracks for a variety of media, such as Mortal Kombat, Se7en, Escape From L.A., and Kissing a Fool, in addition to video games such as the Test Drive franchise. They have toured with such bands as Sex Pistols, Sevendust, Local H, Flaw, Sister Machine Gun, and Pigface.