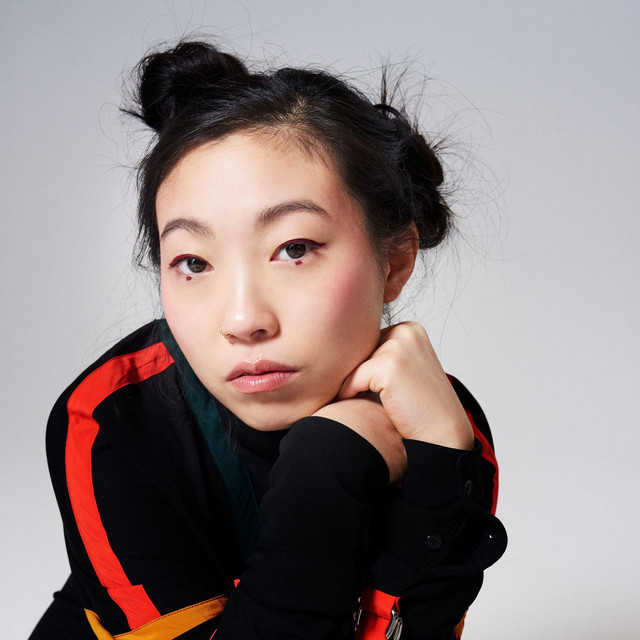 Nora Lum (born June 2, 1988), known professionally as Awkwafina, is an American actress, rapper, and comedian. She is the recipient of various accolades, including a Golden Globe Award, and nominations for a British Academy Film Award, a Screen Actors Guild Award, and an AACTA International Award.

Awkwafina is co-creator, writer, and executive producer of the Comedy Central series Awkwafina Is Nora from Queens (2020–present), in which she stars as a fictionalized version of herself. She voiced Sisu in Raya and the Last Dragon (2021) and portrayed Katy in the Marvel Cinematic Universe (MCU) superhero film Shang-Chi and the Legend of the Ten Rings (2021). She then starred in the 2022 film The Bad Guys.

Nora Lum acknowledged the "fine line between offense and pop culture" but claims her use of AAVE "never was" meant to "mock, belittle or to be unkind" to Black people.

In Fina We Trust