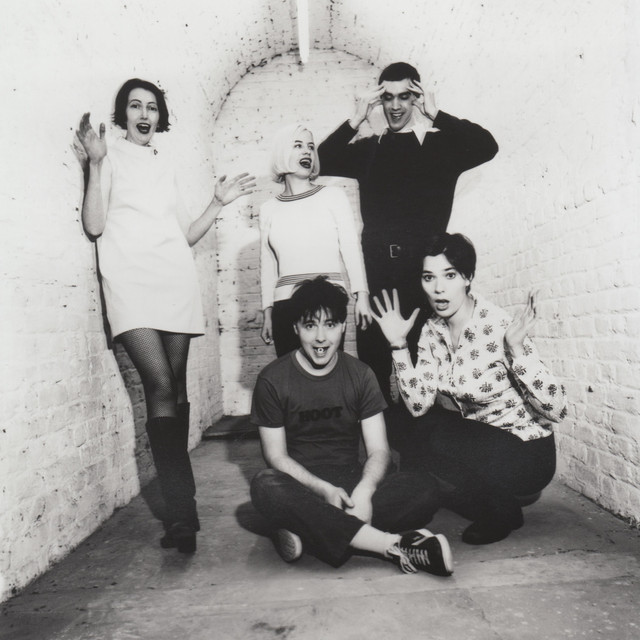 Stereolab are an Anglo-French avant-pop band formed in London in 1990. Led by the songwriting team of Tim Gane and Lætitia Sadier, the group's music combines influences from krautrock, lounge and 1960s pop music, often incorporating a repetitive motorik beat with heavy use of vintage electronic keyboards and female vocals sung in English and French. Their lyrics have political and philosophical themes influenced by the Surrealist and Situationist movements. On stage, they play in a more feedback-driven and guitar-oriented style. The band also draw from funk, jazz and Brazilian music, and were one of the first artists to be dubbed "post-rock". They are regarded among the most innovative and influential groups of the 1990s.

Stereolab were formed by Gane (guitar and keyboards) and Sadier (vocals, keyboards and guitar) after the break-up of McCarthy. The two were romantically involved for fourteen years and are the group's only consistent members. Other longtime members include 1992 addition Mary Hansen (backing vocals, keyboards and guitar), who died in 2002, and 1993 addition Andy Ramsay (drums). The High Llamas' leader Sean O'Hagan (guitar and keyboards) was a member from 1993 to 1994 and continued appearing on later records for occasional guest appearances.

Throughout their career, Stereolab has had moderate commercial success. The band were released from their recording contract with Elektra Records due to poor record sales, and their self-owned label Duophonic signed a distribution deal with Too Pure and later Warp Records. After a ten-year hiatus, the band reunited for live performances in 2019.

The tour culminates with a takeover of both stages at EartH in London in December The post Stereolab announce 2022 UK and EU tour dates appeared first on NME.

Terry Tolkin, the music industry veteran believed to have coined the term “alternative music”, has died

Tolkin was an A&R exec who signed bands like Stereolab and Luna to major label deals in the 1990s The post Terry Tolkin, the music industry veteran believed to have coined the term “alternative music”, has died appeared first on NME.

Terry Tolkin, Who Brought Stereolab and Butthole Surfers to Major Labels, Has Died

In addition to DJing and booking shows, he was credited with coining the term “alternative music”

Stereolab, Low, King Krule, Arca, PinkPantheress, Mustafa and others will also perform at Los Angeles State Historic Park in mid-September of next year

Sadier will also embark upon a series of solo dates in the UK this week The post Stereolab’s Lætitia Sadier returns with a new song, ‘New Moon’ appeared first on NME.

The first offering from her forthcoming solo album, which is due out next year

Bobby Gillespie & Jehnny Beth, Stereolab, Black Midi and more will all play the inaugural event, held across the city The post Pitchfork Music Festival heading to London for five-day event this November appeared first on NME.

Hot Chip, Sleaford Mods and Stereolab to headline End Of The Road Festival 2021

The Wiltshire festival returns this September The post Hot Chip, Sleaford Mods and Stereolab to headline End Of The Road Festival 2021 appeared first on NME.

Come And Play In The Milky Night

Instant 0 In The Universe

Cobra And Phases Group Play Voltage In The Milky Night

The Sea and Cake

The Cleaners From Venus