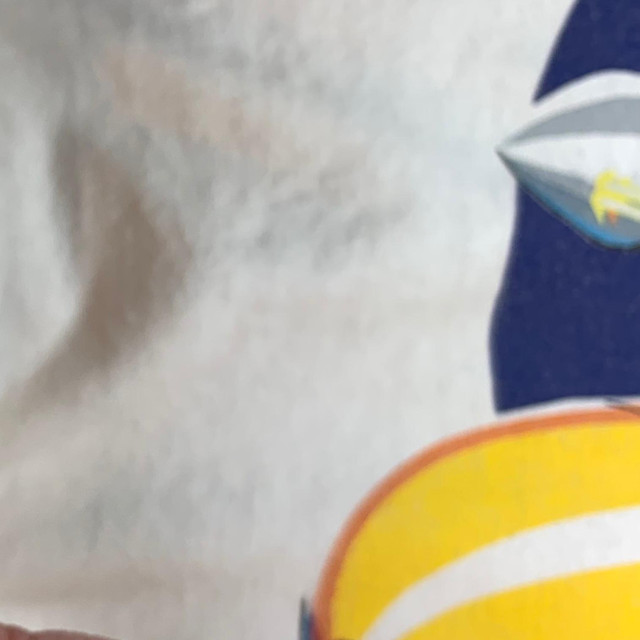 Nevermind is the second studio album by the American rock band Nirvana, released on September 24, 1991, by DGC Records. It was Nirvana's first release on a major label and the first to feature drummer Dave Grohl. Produced by Butch Vig, Nevermind features a more polished, radio-friendly sound than the band's prior work. Recording took place at Sound City Studios in Van Nuys, California, and Smart Studios in Madison, Wisconsin in May and June 1991, with mastering being completed in August of that year at The Mastering Lab in Hollywood, California.

Written primarily by frontman Kurt Cobain, the album is noted for channeling a range of emotions, being noted as dark, humorous, and disturbing. Thematically, it includes anti-establishment views, anti-sexism, frustration, alienation and troubled love inspired by Cobain's broken relationship with Bikini Kill's Tobi Vail. Contrary to the popular hedonistic themes of drugs and sex at the time, writers have observed that Nevermind re-invigorated sensitivity to mainstream rock. According to Cobain, the sound of the album was influenced by bands such as Pixies, R.E.M., the Smithereens, and the Melvins. While the album is considered a cornerstone of the grunge genre, it is noted for its musical diversity, which includes acoustic ballads ("Polly" and "Something in the Way") and punk-inspired hard rock ("Territorial Pissings" and "Stay Away").Nevermind became an unexpected critical and commercial success, charting highly on charts across the world. By January 1992, it reached number one on the US Billboard 200 and was selling approximately 300,000 copies a week. The lead single "Smells Like Teen Spirit" reached the top 10 of the US Billboard Hot 100 and went on to be inducted into the Grammy Hall of Fame. Its video was also heavily rotated on MTV. Three other successful singles were released: "Come as You Are", "Lithium", and "In Bloom". The album was voted the best album of the year in Pazz & Jop critics' poll, while "Smells Like Teen Spirit" also topped the single of the year and video of the year polls. The album also garnered the band three Grammy Award nominations in total across the 34th and 35th Grammy Awards, including Best Alternative Music Album.

Nevermind and its singles' success propelled Nirvana to being widely regarded as the biggest band in the world, with Cobain being dubbed by critics as the "voice of his generation". The album brought grunge and alternative rock to a mainstream audience while ending the dominance of hair metal, drawing similarities to the early 1960s British Invasion of American popular music. It is also often credited with initiating a resurgence of interest in punk culture among teenagers and young adults of Generation X. It has sold more than 30 million copies worldwide, making it one of the best-selling albums of all time. In March 1999, it was certified Diamond by the RIAA. Among the most acclaimed and influential albums in the history of music, it was added to the National Recording Registry in 2004 as "culturally, historically, or aesthetically important", and is frequently ranked on lists of the greatest albums of all time.

Fresh off producing five songs on Drake's 'Honestly, Nevermind,' Carnage, who works under the house alias Gordo, is breaking down how he made the "Sticky" beat.

The new album's sonic segue from his typical hip-hop resulted in a greater share of listening outside the U.S. than he scored with last year's 'Certified Lover Boy.'

'Honestly, Nevermind' & "Falling Back" reign, while Beyoncé blasts in with "Break My Soul."

The 'Honestly, Nevermind' era has been a unique one for Drake, who let fans know this week he was indeed aware of a recently-made-viral TikTok.

He produced or co-produced five songs on the 14-track set.

He adds to his No. 1, top 10 and overall entry records thanks to new album 'Honestly, Nevermind.'

His seventh studio LP, 'Honestly, Nevermind', is currently riding high on top of the US Billboard chart The post Drake moves past Kanye West and Eminem on all-time Number One album list appeared first on NME.

Drake extends his record for the most career entries on the survey to 263, among other unprecedented marks.

Here Are 10 of Drake’s Most Candid Lyrics on His New Album ‘Honestly, Nevermind’

After the set secured his 11th No. 1 on the Billboard 200 albums chart, Billboard dives into Drake's most candid lyrics from 'Honestly, Nevermind.'

Drake has scored his 11th No. 1 album on the Billboard 200, as 'Honestly Nevermind' debuted atop the chart this week with 204,000 equivalent album units.

Four Honestly, Nevermind inclusions have been set in Wax and while you know how sticky it gets, this quartet of edits is clean and full of finesse. Following the June 17 revelation of Drake’s seventh studio album, Wax Motif “heard a clubbier version” of “‘Tie That Binds’ in [his] head.” He set out to the... Read More ▸ The post ‘The Drake remixes you were looking for’—Wax Motif flips four ‘Honestly, Nevermind’ inclusions appeared first on Dancing Astronaut.

Drake Finally Stopped Trying to Do Something For Everyone

On ‘Honestly, Nevermind,’ Drake finally diverted from his something-for-everyone formula and made a focused album. Here are our thoughts on Drake's dance record

“We all know that house music back in the day in Chicago and Detroit comes from the Black community and gay community” The post ‘Honestly, Nevermind’ producer Gordo talks house music influence on new Drake album: “We started it” appeared first on NME.

A breezy Drake dance album sounds great in concept, but the half-measure house beats and lackluster songwriting keep it from really popping off.

Some of the designs feature the works of British conceptual artist Richie Culver.

With ‘Honestly, Nevermind’ Drake Makes It OK to Dance

The rapper’s ‘Certified Lover Boy’ still holds the record for the biggest album in Apple Music history by first-day streams.

Another record bites the dust at the hands of the rap titan The post Drake breaks Apple Music record just one hour after releasing ‘Honestly, Nevermind’ appeared first on NME.

Back the Fuck Up

A Handful Of Hate (Original)