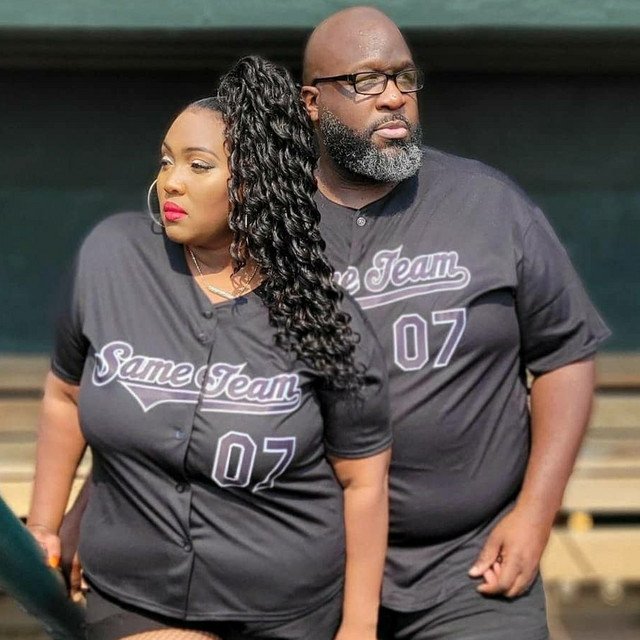 Rhythm and blues, frequently abbreviated as R&B or R'n'B, is a genre of popular music that originated in African-American communities in the 1940s. The term was originally used by record companies to describe recordings marketed predominantly to urban African Americans, at a time when "urbane, rocking, jazz based music ... [with a] heavy, insistent beat" was becoming more popular.

In the commercial rhythm and blues music typical of the 1950s through the 1970s, the bands usually consisted of piano, one or two guitars, bass, drums, one or more saxophones, and sometimes background vocalists. R&B lyrical themes often encapsulate the African-American experience of pain and the quest for freedom and joy, as well as triumphs and failures in terms of relationships, economics, and aspirations.

The term "rhythm and blues" has undergone a number of shifts in meaning. In the early 1950s, it was frequently applied to blues records. Starting in the mid-1950s, after this style of music contributed to the development of rock and roll, the term "R&B" became used to refer to music styles that developed from and incorporated electric blues, as well as gospel and soul music. From 1960s to 1970s, several British bands such as the Rolling Stones, the Who and the Animals were referred to and promoted as being R&B bands. By the end of the 1970s, the term "rhythm and blues" had changed again and was used as a blanket term for soul and funk. In the late 1980s, a newer style of R&B developed, becoming known as "contemporary R&B". It combines rhythm and blues with elements of pop, soul, funk, disco, hip hop, and electronic music.

R&B/Hip-Hop Fresh Picks of the Week: Zacari, Kalan.FrFr, THEY. & More

Listen to 10 new must-hear songs from emerging R&B and hip-hop artists like Zacari, THEY. and Kalan.Frfr, released within the past weeks.

Swizz Beatz surprised his wife Alicia Keys with an extravagant piece of jewelry, as he gifted the R&B legend a $400,000 Egyptian-themed necklace.

The Ava Luna singer delivers an excellent solo album of minimalist funk and R&B pared down to its barest essence.

The R&B superstar took the crowd on a journey of his music with ‘You Make Me Wanna…’, ‘Confessions Part II’, and more for NPR set

The rap titan's hit single becomes his fifth champ on both lists and begins crossing to pop radio.

‘I Don’t Know If I’ll Ever Be Whole’: R. Kelly’s Survivors Confront Singer at Sentencing. He Refused to Look at Them

Seven women addressed Kelly one by one hours before the disgraced R&B singer was sentenced on federal sex trafficking charges on Wednesday afternoon in Brooklyn.

The label deal will be in partnership with the R&B star’s Beauty Marks Entertainment imprint.

R&B crooner will embark upon a tour of the U.S. and Canada this fall

Billboard talked to Brandy about recording 'Full Moon' 20 years ago, her “Vocal Bible” nickname and the album's impact on R&B today.

On the 20th anniversary of her self-titled debut, the R&B star is busy re-recording it — and taking ownership of her future.

Joy Crookes on Glastonbury 2022, new music and working with the England Lionesses

The Lambeth R&B singer talks to us about her monumental Pyramid Stage debut, the mood around Glasto, and what's next The post Joy Crookes on Glastonbury 2022, new music and working with the England Lionesses appeared first on NME.

Ken Williams, Songwriter Behind Hits for The Main Ingredient and Peaches & Herb, Dies at 83

The prolific songwriter co-wrote The Main Ingredient's 1972 R&B smash "Everybody Plays the Fool."

The R&B star's music sounds like the work of an artist who’s been sure of where he’s going for a long time.

“Fuck you, Supreme Court,” they said in presenting the award for Best Female R&B/Pop Artist The post Janelle Monáe flips off US Supreme Court during 2022 BET Awards telecast appeared first on NME.

The R&B singer performed songs from his debut album 'Give or Take,' which came out last Friday.

Giveon Goes Deep on the Making of His New Album, ‘Give or Take’

In our new video interview, the R&B leading light opens up about the creative process behind his deeply personal, long-awaited debut

Brandy Partners With Motown Records Ahead of Eighth Album

The R&B superstar inks her first major label deal in over a decade.

‘Thar’s Gold In Them Sideburns’: What Billboard Wrote About Elvis Presley Back In the Day

In 1956, the magazine hailed him as a "country cat” who was “powerfully inspired by authentic R&B."

Candi Staton, who has had pop, R&B, disco and gospel hits in a career that stretches back to the 1960s, will be honored.

The rising R&B singer shares why her debut EP 'Monologues' was like an audition for the music industry.

The deluxe release of the 2017 album sends it back to No. 1 for the first time in nearly five years.

Jack Harlow Gets ‘First’ No. 1 on R&B/Hip-Hop Airplay Chart

The rapper scores his first chart-topper on the radio list.

anders Is Changing the Face of Canadian R&B

We sit down Mississauga R&B artist anders to talk about his come up, Asian representation in music, and what’s next for him as a musician and a dad.

Five Burning Questions: Joji Debuts in the Hot 100’s Top 10 With Viral ‘Glimpse of Us’ Single

Listen to 10 new must-hear songs from emerging R&B and hip-hop artists like Westside Boogie, SleazyWorld Go and Kent Jamz, all released within the past week.

Across his past six studio albums, Drake‘s rap-focused, R&B-flirting formula was tried-and-true. But on his seventh, he flipped the script, stepping into house- and even Jersey Club-influenced waters to an unprecedented degree. Though the sonic strategy has proven to be divisive in the handful of hours that Honestly, Nevermind has been available to the masses,... Read More ▸ The post Black Coffee, Gordo pick up production credits on Drake’s unprecedently house-leaning LP, ‘Honestly, Nevermind’ appeared first on Dancing Astronaut.

"If you be good to me, then I'ma be great to you," sings the R&B starlet sings.