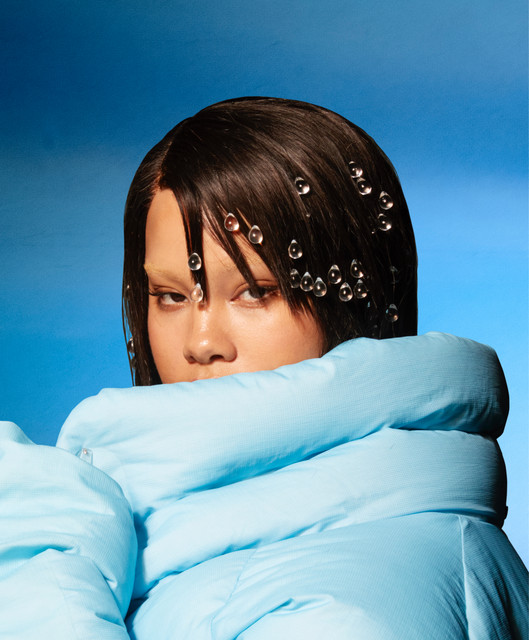 Blane Muise, better known by her stage name Shygirl, is an English rapper, DJ, singer, songwriter and co-head/founder of record label and collective Nuxxe. Shygirl's music incorporates elements of hip house, industrial hip-hop, grime and deconstructed club. She has also been associated with the hyperpop music scene. Shygirl rose to prominence after working with close collaborator and friend Sega Bodega, as well as other well-known experimental pop producers Arca and Sophie, and gaining attention from the likes of Rihanna, who has used various Nuxxe tracks for her Fenty Beauty commercials and fashion shows. Shygirl has released various singles since 2016, and two EPs titled Cruel Practice and Alias. Her debut studio album Nymph will be released on 30 September 2022.

A full programme of live events will take place from next month through to December The post Bonobo, Daphni and Shygirl announced for Printworks’ AW22 season appeared first on NME.

Shygirl and Arca Join Forces on “Come for Me”

Another offering from the UK musician’s debut album Nymph

Todd Edwards, Honey Dijon, Shygirl and Sherelle are among the names on the bill The post Block9 announce line-up for Glastonbury 2022 appeared first on NME.

It follows news of her debut album, 'Nymph' The post Shygirl announces UK and European tour appeared first on NME.

Anitta, H.E.R. and Shygirl have also joined the bill for the Danish festival The post Biffy Clyro, CHVRCHES and Baby Keem added to Roskilde 2022 line-up appeared first on NME.

The Caprisongs visual features the musicians with goats

The quartet offer up a new spin on 3 Of A Kind's 2004 hit 'Babycakes' The post Mura Masa, Lil Uzi Vert, PinkPantheress and Shygirl flip a ’00s classic on ‘bbycakes’ appeared first on NME.

A new single ahead of the producer’s third studio album

The London singer casts herself as Cleopatra on her latest single, but lackluster production tempers her ambitions of grandeur.

Shygirl breaks out the charm on shimmery new single ‘Cleo’

'Cleo’ comes ahead of Shygirl’s forthcoming headline tour in the UK and Europe The post Shygirl breaks out the charm on shimmery new single ‘Cleo’ appeared first on NME.

Shygirl Is Shaping London Club Music In Her Own Bawdy Image

“When people think it’s crazy to be talking about sex, I’m like: Is it, though?”

Shygirl Is Putting the Big Dick Back in “BDE”

The London rapper’s latest party anthem is a pure distillation of the slick sex raps that have defined her ascent.

The U.K. Rapper Shygirl Makes Futuristic Club Anthems for Whatever Comes Next

The rapper, DJ, and artist talks about collaborating with Slowthai and her new visual project 'Blu'

The track was co-written with Mura Masa The post Listen to Cosha and Shygirl team up on new single ‘Lapdance From Asia’ appeared first on NME | Music, Film, TV, Gaming & Pop Culture News.