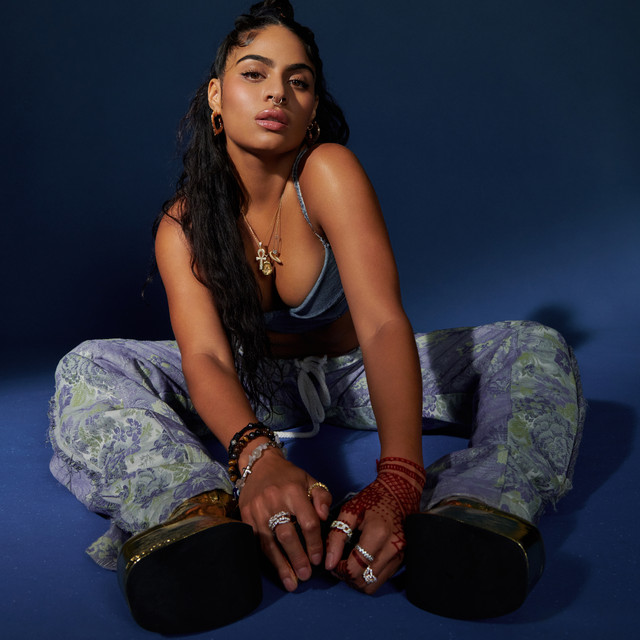 Jessica Reyez (born June 12, 1991) is a Canadian singer and songwriter. Her 2016 single "Figures" peaked at number 58 on the Canadian Hot 100 in 2017 and was certified triple Platinum by Music Canada and Platinum by the RIAA. Her 2017 EP, Kiddo, led to four nominations at the 2018 Juno Awards, winning Breakthrough Artist. Her follow up EP, Being Human in Public, was released in 2018. It won R&B/Soul Recording of The Year at the 2019 Juno Awards and was nominated for Best Urban Contemporary Album at the 2020 Grammy Awards. Reyez again won the R&B/Soul Recording of the Year, for "Feel it Too" with Tory Lanez and Tainy, at the 2020 Juno Awards, where she was also nominated for Artist of the Year. Reyez has written songs for Calvin Harris, Kehlani, Dua Lipa and Normani, most notably penning the hit "One Kiss", and has collaborated with Eminem on multiple occasions. Her debut album, Before Love Came to Kill Us, was released on March 27, 2020, to widespread critical acclaim, and saw commercial success, entering at number thirteen on the US Billboard 200.

The new single follows the release of “Fraud” in June

Jessie Reyez Calls Out a ‘Fraud’ in New Video

"It was really exciting because there's things that I do in the video that I haven't really done anywhere else," Reyez says

Billboard reached out to a couple of Latin artists, including Sech, Ozuna, Wisin, and Jessie Reyes, to share what song (or album) saved their 2020.

Whether she was protesting in the streets or reaching her millions of followers via social media, Jessie Reyez made her voice heard in 2020.

Jessie Reyez on ‘Shaking The Hive’ With Her Political Voice

On and offstage, Reyez — who in July made a cameo in Beyoncé’s Black Is King visual album — is unapologetically blunt, and vocal, about the urgent issues affecting women now, from sexism and family separation at the U.S.-Mexico border to the need for more Black and Latino representation in the music industry.

Rain (from The Suicide Squad)

BEFORE LOVE CAME TO KILL US+

BEFORE LOVE CAME TO KILL US (Deluxe)

BEFORE LOVE CAME TO KILL US

LOVE IN THE DARK (Dzeko Remix)

LOVE IN THE DARK

Feel It Too (with Jessie Reyez & Tory Lanez)

Being Human In Public