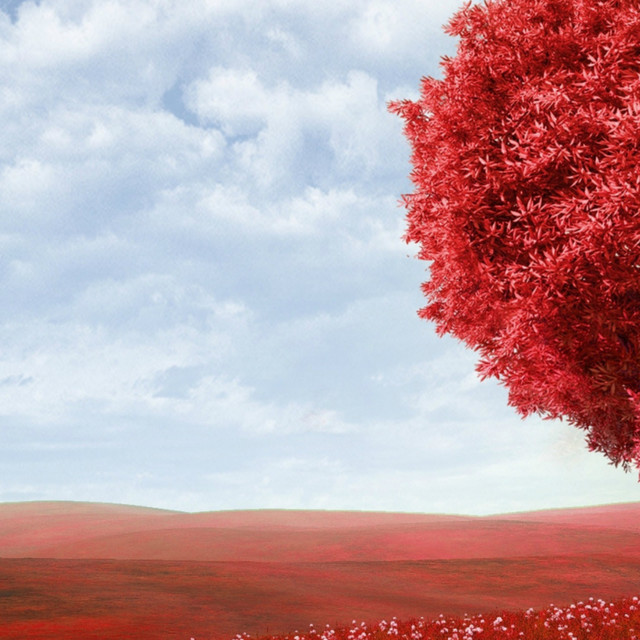 BTS (Korean: 방탄소년단; RR: Bangtan Sonyeondan), also known as the Bangtan Boys, is a South Korean boy band formed in 2010 and debuting in 2013 under Big Hit Entertainment. The septet—consisting of members Jin, Suga, J-Hope, RM, Jimin, V, and Jungkook—co-writes and co-produces much of their own material. Originally a hip hop group, their musical style has evolved to incorporate a wide range of genres; their lyrics have often discussed mental health, the troubles of school-age youth and coming of age, loss, the journey towards self-love, and individualism. Their work also frequently references literature, philosophy and psychological concepts, and includes an alternate universe storyline.

After launching in 2013 with their single album 2 Cool 4 Skool, BTS respectively released their first Korean-language studio album, Dark & Wild, and Japanese-language studio album, Wake Up, in 2014. The group's second Korean studio album, Wings (2016), was their first to sell one million copies in South Korea. By 2017, BTS had crossed into the global music market, leading the Korean wave into the United States and breaking several sales records. They became the first Korean ensemble to receive a gold|RIAA certification Gold certification from the Recording Industry Association of America (RIAA) for their single "Mic Drop", as well as the first act from South Korea to top the Billboard 200 with their studio album Love Yourself: Tear (2018). BTS became one of the few groups since the Beatles in 1966–1968 with four US number-one albums in less than two years, and Love Yourself: Answer (2018) was the first Korean album certified platinum|RIAA certification Platinum by the RIAA. In 2020, BTS became the first all-South Korean act to reach number one on the Billboard Hot 100 and Billboard Global 200 with their Grammy-nominated single "Dynamite". Their follow-up releases "Savage Love", "Life Goes On", "Butter", and "Permission to Dance" made them the quickest act to earn four US number-one singles since Justin Timberlake in 2006.

As of 2022, BTS is the best-selling artist in South Korean history, having sold in excess of 30 million albums via the Circle Chart, and their studio album Map of the Soul: 7 (2020) is the best-selling album of all time in South Korea. They are the first non-English-speaking and Asian act to hold sold-out concerts at Wembley Stadium and the Rose Bowl (Love Yourself World Tour in 2019), and were named the International Federation of the Phonographic Industry's (IFPI) Global Recording Artist of the Year for both 2020 and 2021. The group's many accolades include nine American Music Awards, 12 Billboard Music Awards, 24 Golden Disc Awards, and nominations for two Grammy Awards and Brit Awards respectively. In 2017, they partnered with UNICEF to establish the Love Myself anti-violence campaign, going on to address three sessions of the United Nations General Assembly. Featured on Time's international cover as "Next Generation Leaders" and dubbed the "Princes of Pop", BTS has also appeared on Time's lists of the 25 most influential people on the internet (2017–2019) and the 100 most influential people in the world (2019), and in 2018 became the youngest recipients of the Order of Cultural Merit from the President of South Korea for their contributions in spreading Korean culture and language.

"I’m very grateful and feel motivated" he said in an interview in which he also talked BTS' future.

J-Hope on ‘Jack In The Box’, headlining Lollapalooza, and what’s next for BTS

"I want to try many different things with my music, and show them all going forward" the BTS rapper told NME The post J-Hope on ‘Jack In The Box’, headlining Lollapalooza, and what’s next for BTS appeared first on NME.

Travis Scott performed this past weekend in London, complete with the rollout of expectedly quite-in-demand merch pieces commemorating the show.

The first ‘Run BTS’ episode in almost a year will air next week – see the latest preview of it now The post BTS test their knowledge of themselves in trailer for ‘Telepathy’ episode of ‘Run BTS’ appeared first on NME.

BTS’ Jimin’s Ties SB19 For Second Most Weeks At No.1 On the Hot Trending Songs Chart | Billboard News

On Billboard‘s latest Hot Trending Songs chart (dated Aug. 13), powered by Twitter, Ha Sung-woon and Jimin’s “With You’ tallies a seventh week at No. 1, tying SB19‘s “Bazinga” for the second-longest reign since the list launched last October.

Plus, Ha Sung-woon and Jimin's "With You" spends a seventh week at No. 1.

Galantis Teases a BTS Collaboration: ‘Got Something Cooking’

The Swedish EDM duo hinted that it may have something to do with its recent single "DNA."

It's scheduled for release in December but final release dates may vary by country The post BTS’ J-Hope to release limited edition vinyl of solo album ‘Jack In The Box’ appeared first on NME.

The controller isn’t available to purchase, though, and the only way to score one is through a contest – see how to enter here The post Xbox reveals special controller that “sings” BTS, Benny Blanco and Snoop Dogg collab ‘Bad Decisions’ appeared first on NME.

Lizzo gushes over J-hope’s spin on ‘About Damn Time’

The BTS star sat down for a chat with NME at Lollapalooza where he offered up his take on Lizzo's hit The post Lizzo gushes over J-hope’s spin on ‘About Damn Time’ appeared first on NME.

The epic collaboration brought in 53% of the vote.

BTS, Benny Blanco, and Snoop Dogg join forces for a new track, Calvin Harris finally gives vol. 2, Carly Rae Jepsen drops a song ahead of her new album, Eminem is back with ‘Curtain Call 2’ and more.

The limited-edition Xbox controller plays Benny Blanco's new single featuring BTS and Snoop Dogg. Here’s how fans can get their hands on one.

Watch Beavis and Butt-Head debate BTS: “J-Hope doesn’t even have the positive attitude, like Suga”

"This song kicks ass," Beavis says of 'Dynamite' in an episode of the new 'Beavis and Butt-Head' revival The post Watch Beavis and Butt-Head debate BTS: “J-Hope doesn’t even have the positive attitude, like Suga” appeared first on NME.

Beavis Can’t Resist the Magic of BTS’ ‘Dynamite’ on ‘Beavis and Butt-Head’: Watch

HYBE’s Revenues Soared in Q2, But That Doesn’t Account for BTS Break

BTS is taking a break, but the group's Las Vegas concerts in April and album release in June propelled HYBE in the second quarter.

The clip features dramatic narration and Blanco trying to be Jimin.

BTS are releasing a cookbook of members’ personal recipes

'BTS Recipe Book: Book of Tasty Stories' is slated for release later this year The post BTS are releasing a cookbook of members’ personal recipes appeared first on NME.