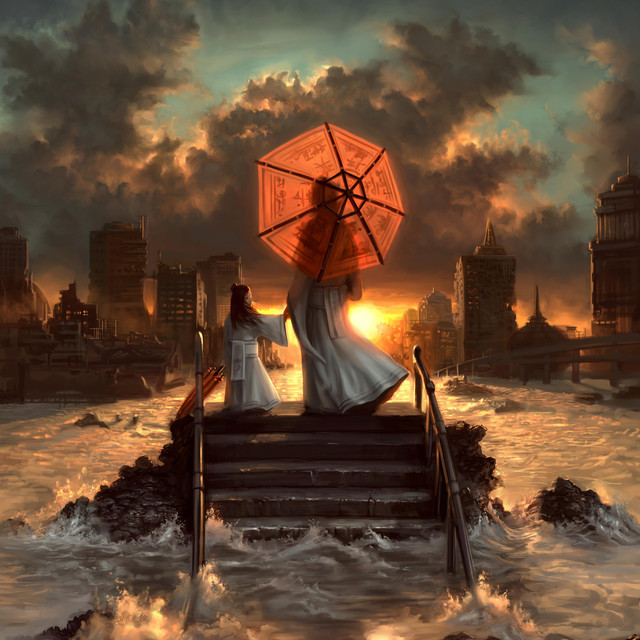 Fightstar are a British rock band from London that formed in 2003. The band is composed of lead vocalist, guitarist and keyboardist Charlie Simpson, guitarist and co-vocalist Alex Westaway, bassist Dan Haigh and drummer Omar Abidi. Generally considered a post-hardcore band, Fightstar are known to incorporate metal, alternative rock and other genres into their sound. During the band's early days, they were viewed sceptically by critics because of Simpson's former pop career with Busted. Their live shows got a more positive reaction, and their 2005 debut EP, They Liked You Better When You Were Dead, was a critical success.

The band released their debut studio album, Grand Unification, the following year; Kerrang! editor Paul Brannigan called it "one of the best British rock albums of the last decade". Fightstar received a nomination for Best British Band at the 2006 Kerrang! Awards before releasing their second album, One Day Son, This Will All Be Yours, in 2007. A compilation album including B-sides and rarities, Alternate Endings, was released the following year. The band self-funded and co-produced their third album, Be Human (2009), which featured orchestral and choral elements. It was their highest-charting album, peaking at number 20 on the UK Albums Chart.

Fightstar went on hiatus in 2010, allowing its members to concentrate on other projects. This included two folk-oriented solo records by Simpson and a synthwave side project operated by Westaway and Haigh called Gunship. Fightstar reunited in 2014 and released their fourth studio album, Behind the Devil's Back, the following year. The record added electronic elements to their eclectic sound. All four studio albums have charted in the top 40 and received critical praise. In November 2015, Fightstar once again went on hiatus, with Simpson rejoining Busted for the first time in over a decade.

Behind The Devil's Back

Sink With The Snakes

I Am The Message / Waitin' For A Superman

I Am The Message

We Apologise For Nothing

One Day Son, This Will All Be Yours