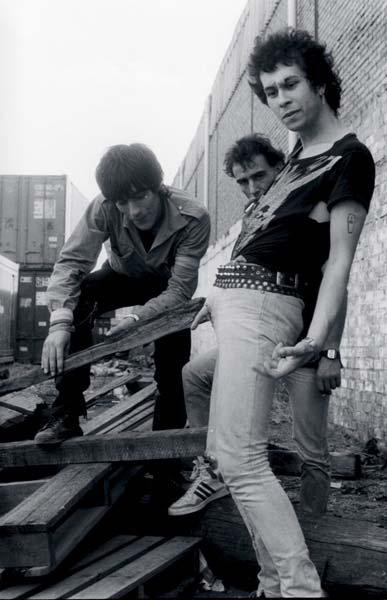 Eskorbuto was a Spanish punk rock band from Santurtzi, Greater Bilbao, Basque Autonomous Community, that formed in 1980. They have been one of the most influential bands for Spanish and Latin American punk rock. They are known for their strong attitude and crude lyrics. They were one of the first bands to perform punk with lyrics in Spanish. Eskorbuto is a modified word taken from escorbuto (scurvy in Spanish).

Along with the band La Polla Records, Eskorbuto has been very influential in the Spanish rock and punk scene.

By 2015, Pako Galán announced that the band come back to performing again. In May 2016, the new line-up is presented with Ali Kalaña (bass and lead vocals) and Naty Penadas (guitar and backing vocals) and Pako as the only continuous member.

Ya No Quedan Más Cojones, Eskorbuto a las Elecciones