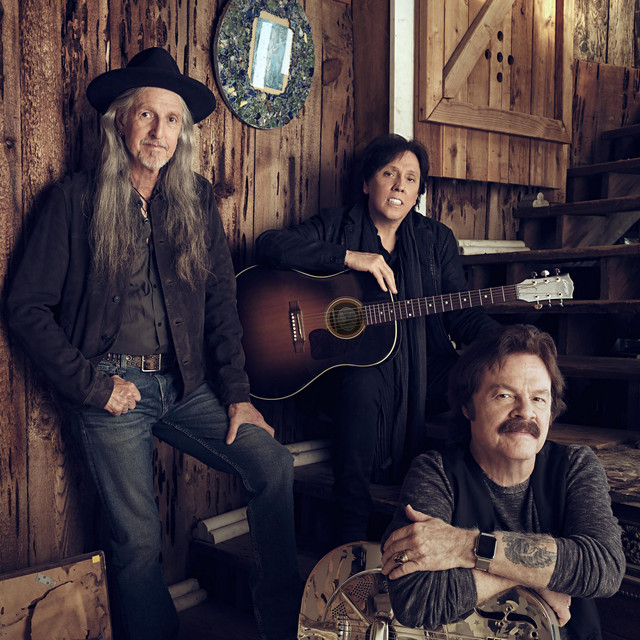 The Doobie Brothers are an American rock band from San Jose, California, known for their flexibility in performing across numerous genres and their vocal harmonies. Active for five decades, with their greatest success in the 1970s, the group's current lineup consists of founding members Tom Johnston (guitars, vocals) and Patrick Simmons (guitars, vocals), alongside Michael McDonald (keyboards, vocals) and John McFee (guitars, pedal steel, violin, backing vocals), and touring musicians including John Cowan (bass, vocals), Marc Russo (saxophones), Ed Toth (drums), and Marc Quiñones (percussion). Other long-serving members of the band include guitarist Jeff "Skunk" Baxter (1974–1979), bassist Tiran Porter (1972–1980, 1987–1992) and drummers John Hartman (1970–1979, 1987–1992), Michael Hossack (1971–1973, 1987–2012), and Keith Knudsen (1973–1982, 1993–2005). They performed gospel influenced songs such as "Take Me in your Arms" and "Jesus is Just Alright".Johnston provided the lead vocals for the band from 1970 to 1975, when they featured a mainstream rock sound with elements of folk, country and R&B. Michael McDonald joined the band in 1975 as a keyboard player and second lead vocalist, to give some relief to Johnston, who was suffering health problems at the time. McDonald's interest in soul music introduced a new sound to the band. Johnston and McDonald performed together as co-lead vocalists for one album, Takin' It to the Streets, before Johnston retired fully in 1977. Frequent lineup changes followed through the rest of the 1970s, and the band broke up in 1982 with Simmons being the only constant member having appeared on all of their albums. In 1987 the Doobie Brothers reformed with Johnston back in the fold; McDonald, who had previously made several guest appearances since their reformation, returned to the band full-time in 2019 for their 50th anniversary tour.

The group's fourteen studio albums include six top-ten appearances on the Billboard 200 album chart, including 1978's Minute by Minute, which reached number one for five weeks, and won the band a Grammy for Best Pop Vocal Performance by a Duo or Group, while the single "What A Fool Believes" from the album won three Grammys itself. The band has released six live albums, and numerous greatest hits compilations, including 1976's Best of The Doobies, which was certified diamond by the RIAA for reaching album sales of ten million copies, the band's best selling album. The band's sixteen Billboard Hot 100 top-40 hits include "Listen to the Music", "Jesus is Just Alright", "Long Train Runnin'", "China Grove", "Black Water" (#1 in 1974), "Takin' It to the Streets", "What A Fool Believes" (#1 in 1979), and "The Doctor", all of which remain in heavy rotation on classic hits radio.

The Doobie Brothers were inducted into the Vocal Group Hall of Fame in 2004, and the Rock and Roll Hall of Fame on November 7, 2020. The group has sold more than 40 million albums worldwide.

Live from the Beacon Theatre

Rockin' Down The Highway: The Wildlife Concert

Livin' on the Fault Line

Takin' It to the Streets

Takin' It to the Streets / For Someone Special

What Were Once Vices Are Now Habits

The Captain and Me

Listen to the Music / Toulouse Street