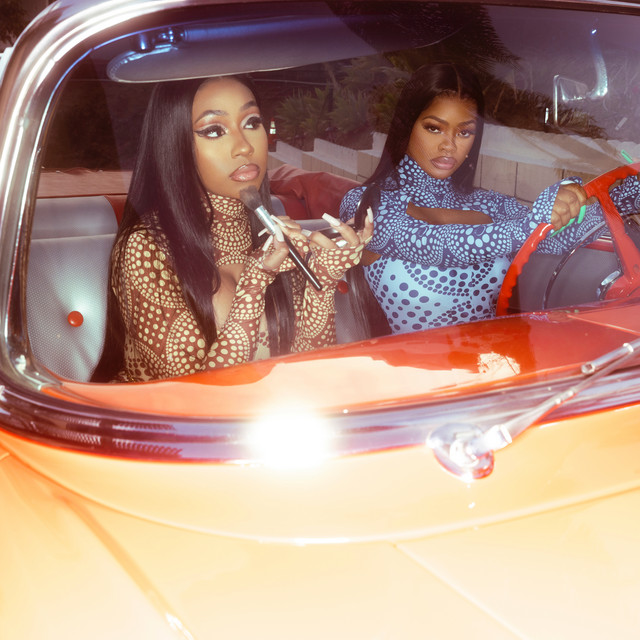 City Girls is an American hip hop duo consisting of Yung Miami (born Caresha Romeka Brownlee; February 1994) and JT (born Jatavia Shakara Johnson; December 1992). The duo originate from Miami, Florida, and garnered attention after making an uncredited guest appearance on Drake's chart-topping single "In My Feelings" in 2018.The duo signed to Quality Control Music, and later released their debut mixtape, Period (2018); as well as two studio albums: Girl Code (2018), which spawned the Recording Industry Association of America (RIAA) Platinum-certified US top 40 singles "Twerk" (featuring Cardi B) and "Act Up"; and City on Lock (2020).

JT made an appearance on Yung Miami's 'Caresha Please' podcast, where she touched on how people may view her versus how they see her City Girls counterpart.

The City Girls member looked back on some of her and Uzi's shared memories in commemoration of the 'Eternal Atake' artist's birthday on Sunday.

The Best Music This Week: Cardi B, City Girls, Joey Badass, and More

"Are your skates ready?" City Girls ask ahead of track's release

Nearly two months after teasing its existence on the red carpet of the Billboard Music Awards, City Girls tap Usher for their new single “Good Love.”

“I don’t need relationship advice from nobody on the Internet," the City Girls rapper says during an Instagram Live.

. The City Girls rapper clapped back at relationship critics, taking to Instagram Live to tell her haters to “shut the f*ck up” when it comes to her and Diddy.

For the first episode, premiering Thursday, the City Girls rapper will sit down with Diddy.

JT Roasts Twitter Troll for Calling Her Ugly: 'Hoes Be Lying Through They Missing Side Tooth'

A troll on Twitter landed herself in hot water with JT after calling the City Girls rapper ugly. JT proceeded to roast the hater in a series of tweets.

The City Girls have been hot on social media for quite some time. They recently met up with Speedy in Los Angeles to talk about everything under the sun. There

City Girls spoke with Billboard’s Tetris Kelly on the red carpet of the 2022 Billboard Music Awards.

The 22-date tour kicks off on Sept. 6 with special guests City Girls

After the release of his latest album 'Come Home the Kids Miss You,' Jack Harlow has announced a nationwide tour with support from City Girls.

JT of City Girls took to social media to question why the hip-hop duo was left off of 50/50 Entertainment's "Top 50 Female Rappers of All Time" list.

The event will take over MetLife Stadium on June 12.

Lil Uzi Vert tweeted last week that he and JT split up over "dumb ass sh*t," but the City Girls rapper has shared her love for him regardless.

The duo team up with the New York rapper for their first single of the year The post City Girls recruit Fivio Foreign for new song ‘Top Notch’ appeared first on NME.

JT took to Twitter to fire back at a user who was trolling her and Yung Miami's latest collaboration on the drill song, "Top Notch," with Fivio Foreign.

After Yung Miami revealed the cover art on her socials on Monday, the Miami duo City Girls made good on their promise and dropped “Top Notch” on Friday.

The 'Queen' rapper posted a screenshot of the piece via social media, with the names of fellow female rappers, like City Girls and Doja Cat, crossed out.

Nicki Minaj Explains Why She Won't Work With City Girls

From the soundtrack to Netflix’s Bruised, executive produced by Cardi B and Halle Barry

Track marks the first single from Walker's upcoming second album, Still Over It

Scared (from the "Bruised" Soundtrack)

Where The Bag At