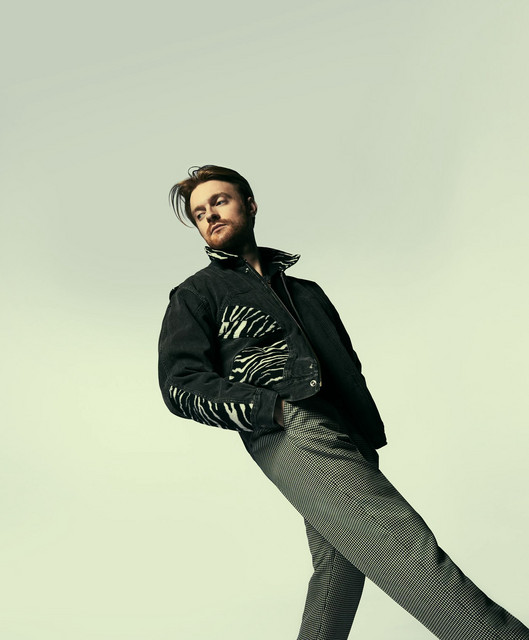 Finneas Baird O'Connell (born July 30, 1997), known mononymously as Finneas (stylized as FINNEAS), is an American singer-songwriter, record producer, and actor. He has written and produced music for various artists, including his sister, Billie Eilish. He has won eight Grammy Awards among 13 total nominations, including nominations for all of the Big Four. For his work with his sister he has won Record of the Year twice in a row, Album of the Year, Song of the Year, Best Pop Vocal Album, and Best Engineered Album, Non-Classical and was nominated for Best New Artist for his solo work. Their song "No Time to Die" from the film of the same name earned him an Academy Award, a Golden Globe and another Grammy.

Finneas has released several singles as a solo artist, and his debut EP, Blood Harmony, was released in October 2019. The EP includes "Let's Fall in Love for the Night", his most successful song to date, peaking at number 17 on the US Billboard Alternative Songs chart. His debut studio album Optimist was released through Interscope Records on October 15, 2021.

Finneas starred in the 2013 independent film Life Inside Out. He is also known for his role as Alistair in the Fox musical comedy-drama series Glee. He has also made an appearance on the American sitcom Modern Family.

10 Cool New Pop Songs to Get You Through the Week: FINNEAS, ITZY, Bella Poarch & More

The increasingly conservative Supreme Court changed a half-century of legal precedent and artists are speaking out about it.

Billboard takes you behind the scenes of Billie Eilish and FINNEAS’ Billboard cover shoot with managers Danny Rukasin and Brandon Goodman.

Danny Rukasin and Brandon Goodman have supported the super-talented siblings from the start — and they're in it for the long haul.

Billie Eilish and FINNEAS: Photos From the Billboard Cover Shoot

Eilish and FINNEAS with Danny Rukasin and Brandon Goodman.

They're the latest in a storied roster of musical guests.

The sibling duo sang the title track to the latest James Bond film.

From Olivia Rodrigo to Saweetie, fans vote for who they think should win big at the 64th annual Grammy Awards.

On the new Billboard Pop Shop Podcast, Katie & Keith offer up their first impressions of the supersize marquee nominations at the 2022 Grammys.

Jon Batiste, who won an Oscar in April for 'Soul,' received 11 nominations, the most anyone has amassed in one year since Kendrick Lamar scored 11 nods six years ago.

Olivia Rodrigo and FINNEAS are nominated in each of the Big Four categories.

How Likely Is Billie Eilish To Win an Oscar For ‘No Time To Die’?

Should the song win, Eilish and FINNEAS would become the first American songwriters to win best original song for a James Bond theme.

10 Cool New Pop Songs to Get You Through the Week: FINNEAS, Little Mix, Rosalia & Tokischa

10 Cool New Pop Songs to help you get through this week.

Billie Eilish Wins Record of the Year at 2021 Grammys, Says Megan Thee Stallion Should Have Won

Watch Billie Eilish Perform “everything i wanted” at Grammys 2021

FINNEAS Demos How He Builds Songs for Billie Eilish

hate to be lame

What They'll Say About Us (Until The Ribbon Breaks Reimagination)

Where the Poison Is

Can't Wait To Be Dead

What They'll Say About Us

I Lost a Friend

Let’s Fall In Love For The Night

I'm in Love Without You