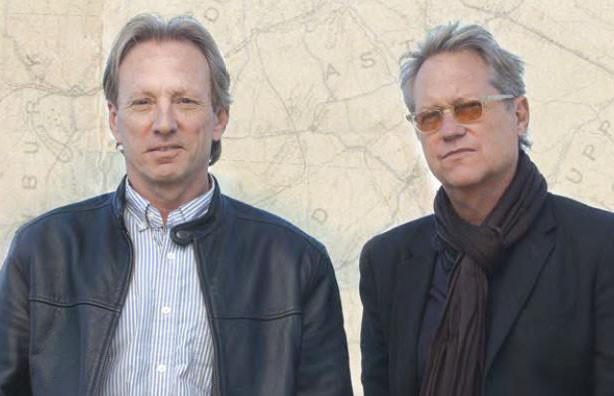 The United States of America (U.S.A. or USA), commonly known as the United States (U.S. or US) or America, is a transcontinental country primarily located in North America. It consists of 50 states, a federal district, five major unincorporated territories, nine minor outlying islands, and 326 Indian reservations with limited sovereignty. It is the third-largest country by both land and total area. The United States shares land borders with Canada to the north and with Mexico to the south as well as maritime borders with the Bahamas, Cuba, and Russia, among others. With more than 331 million people, it is the third most populous country in the world. The national capital is Washington, D.C., and the most populous city and financial center is New York City. It is known for its highly diverse climate and geography, encompassing landscapes that range from polar to tropical, arid to humid, and is officially recognized as one of the 17 megadiverse countries.

Paleo-Indians migrated from Siberia to the North American mainland at least 12,000 years ago, and European colonization began in the 16th century. The United States emerged from the Thirteen British Colonies established along the East Coast. Disputes with Great Britain over taxation and political representation led to the American Revolutionary War (1775–1783), which established the nation's independence. In the late 18th century, the U.S. began expanding across North America, gradually obtaining new territories, sometimes through war, frequently displacing Native Americans, and admitting new states. This was strongly related to belief in manifest destiny, and by 1848, the United States spanned the continent from east to west. Slavery was legal in the southern United States until 1865, when the American Civil War led to its abolition. A century later, the civil rights movement led to legislation outlawing racial discrimination against African Americans. The Spanish–American War and World War I established the U.S. as a world power, and the aftermath of World War II left the United States and the Soviet Union as the world's two superpowers. During the Cold War, both countries opposed each other in the Korean and Vietnam Wars but avoided direct military conflict. They also competed in the Space Race, which culminated in the 1969 American spaceflight that first landed humans on the Moon. The Soviet Union's dissolution in 1991 ended the Cold War, leaving the United States as the world's sole superpower. The September 11 attacks in 2001 resulted in the United States launching the war on terror, which included the War in Afghanistan (2001–2021) and the Iraq War (2003–2011).

The United States is a federal republic with three separate branches of government, including a bicameral legislature. It is a founding member of the United Nations, World Bank, International Monetary Fund, Organization of American States, NATO, and other international organizations. It is a permanent member of the United Nations Security Council. Considered a melting pot of cultures and ethnicities, its population has been profoundly shaped by centuries of immigration. The United States is a liberal democracy; it ranks high in international measures of human rights, quality of life, income and wealth, economic freedom, and education; and it has low levels of perceived corruption. It lacks universal health care, retains capital punishment, and has high levels of incarceration and inequality.

The United States is a highly developed country, and its economy accounts for approximately a quarter of global GDP and is the world's largest by GDP at market exchange rates. By value, the United States is the world's largest importer and second-largest exporter. Although it accounts for just over 4.2% of the world's total population, the U.S. holds over 30% of the total wealth in the world, the largest share held by any country. Making up more than a third of global military spending, it is the foremost military power in the world and a leading political, cultural, and scientific force.

The Rose Inks Label Partnership With Transparent Arts Ahead of Album, World Tour

The former Pink Floyd leader is currently touring North America with his new show, ‘This Is Not A Drill’ The post Roger Waters defends branding Joe Biden as a war criminal: “He’s fuelling the fire in the Ukraine” appeared first on NME.

VERIVERY announce dates and venues for ‘PAGE: 0’ US and Latin America tour

Tickets for the US leg of their ‘PAGE : O’ go on sale this week The post VERIVERY announce dates and venues for ‘PAGE: 0’ US and Latin America tour appeared first on NME.

Makin’ Tracks: Luke Bryan Cheers the ‘Country On’ With an Optimistic Message

“The song,” notes 'Country On' co-writer Styles Haury, “is a tip of the hat to the backbone of America.”

DJ Snake, Tiesto to play in Atlantic City to save Lucy the Elephant

HQ2 Nightclub and HQ2 Dayclub — home to the largest outdoor pool party on the East Coast — are welcoming a star-studded lineup of international DJ talent to America’s original seaside resort town for the first-ever Lucy The Elephant Weekend. Commencing on August 5th and concluding on August 8th, fans will be treated to performances... Read More ▸ The post DJ Snake, Tiesto to play in Atlantic City to save Lucy the Elephant appeared first on Dancing Astronaut.

Terrifying and thrilling in equal measure, the debut album from the Oklahoma City sludge-metal band is a vivid rendering of the towering piles of poison littering America’s psychic landscape.

Terrifying and thrilling in equal measure, the debut album from the Oklahoma City sludge-metal band is a vivid rendering of the towering piles of poison littering America’s psychic landscape.

The familial trio earned a group Golden Buzzer from 'America's Got Talent' judges following their audition.

Exotic Snakebites Have Spiked In The UK Over The Last Decade

According to The World Health Organisation, there are over 250 venomous snake species, mostly native to Asia, Africa, Latin America and Oceania.

The 11-member act will go on the road in September and October The post K-pop boyband OMEGA X to perform in Latin America and US on first world tour appeared first on NME.

The boyband will tour from October to December 2022 The post ATEEZ announce ‘The Fellowship: Break The Wall’ world tour with dates in North America, Korea and Japan appeared first on NME.

The band will headline major festivals across North America and Europe and stage some of their own headline concerts next year.

The World Health Organization has cautioned the public that the COVID-19 pandemic isn’t over yet, and a new variant is spreading rapidly in America.

"I felt quite a burden," the TWICE member tells Billboard of creating her 'IM NAYEON' solo album that set a handful of new records for K-pop artists in America.

Rapper discusses how a stint in prison, and an newfound understanding of America's biased systems led him to music in clip for upcoming documentary

J Balvin Unveils Dates for His Tour of Latin America

The LatAm trek announcement comes after the Colombian singer postponed his U.S. tour in April.

According to the European Broadcasting Union, Latin America is among top Eurovision markets for non-participating countries.

On an ambitious three-disc project, the violinist collaborates with a wide array of bright, younger composers, crystallizing a new vision for American classical music.

The track was released at the lead single from the K-pop group's recent album, 'minisode 2: Thursday's Child.'

MCU fans have speculated Evans would return for the upcoming 'Captain America' movie, which will find actor Anthony Mackie taking over the titular role.

Fall Out Boy Pledge $100K to Gun Safety After Highland Park Mass Shooting: ‘We Are Heartbroken’

"Chicago is where we grew up, and we are heartbroken for the families and entire community of Highland Park, as well as every single victim of wanton gun violence in America."

The daytime TV performance comes as the K-pop group marks the release of its new mini album, 'Girls.'

Live At The Troubadour EP

A Horse with No Name

Just Wasn't Meant to Be

View From The Ground