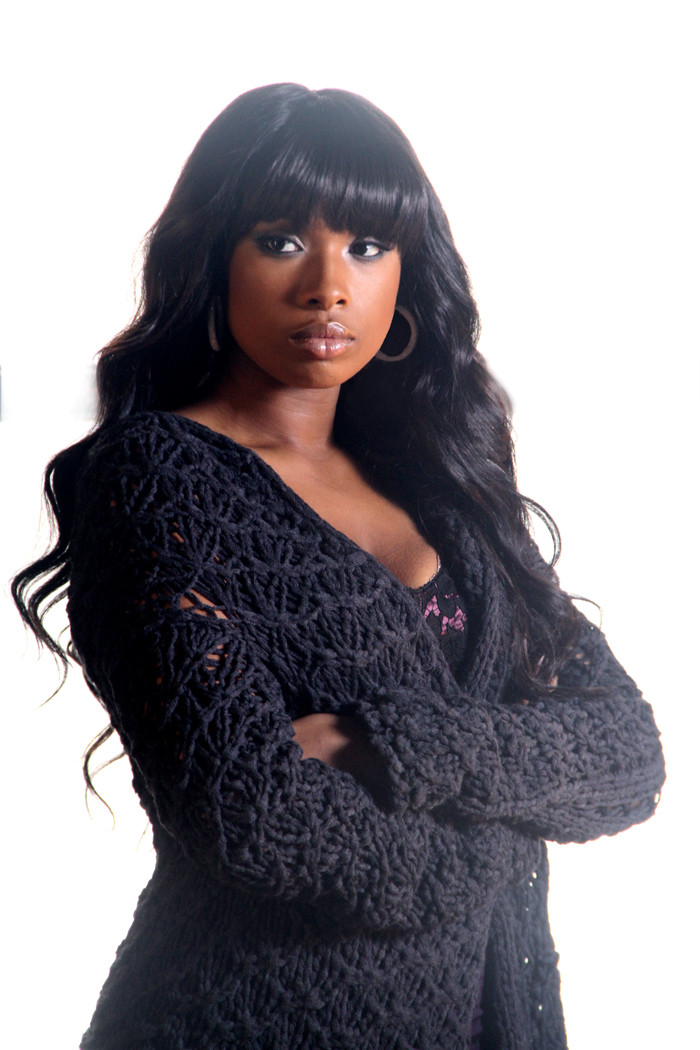 Jennifer Kate Hudson (born September 12, 1981), also known by her nickname J.Hud, is an American singer and actress. Throughout her career, she has received various accolades for her works in recorded music, film, television, and theater. Hudson became the youngest woman and second black woman to receive all four of the major American entertainment awards: Emmy, Grammy, Oscar and Tony (EGOT). She also received a star on the Hollywood Walk of Fame in 2013. Time named her one of the 100 most influential people in the world in 2020.Hudson rose to fame in 2004 as a finalist on the third season of American Idol, placing seventh. She made her film debut as Effie White in the musical Dreamgirls (2006), for which she won the Academy Award for Best Supporting Actress, becoming the youngest African-American to win in a competitive acting category. After signing to Arista Records, Hudson released her self-titled debut studio album in 2008, which was certified Gold in the US and the UK, and won the Grammy Award for Best R&B Album.

A trio of 'Ellen' producers will serve as showrunners for 'The Jennifer Hudson Show.'

The Jennifer Hudson Show arrives on the singer's birthday, September 12

Jennifer Hudson Celebrates Becoming an EGOT Winner: ‘Look What God Can Do’

With her Tony win, Jennifer Hudson is the third-youngest person to ever EGOT.

The 'American Idol' alum completed the rarest of achievements on Sunday, when 'A Strange Loop' won Best Musical at the 75th annual Tony Awards.

At 40 years and nine months, Hudson is the third-youngest person to EGOT.

Hudson's two awards make up for her disappointing showing in the Oscar nominations.

Some major stars got behind the wheel for W's latest Lyrical Improv.

H.E.R. Is the Top Music Nominee for 2022 NAACP Image Awards

Two portrayals of Aretha Franklin are nominated. Both Jennifer Hudson and Cynthia Erivo were honored for playing the Queen of Soul.

Jennifer Hudson brought Aretha Franklin's country side to the 2021 CMAs.

BTS, Jonas Brothers & More Give Credit to Their Collaborators in Recording Academy Campaign

BTS, Jennifer Hudson, Jonas Brothers and more than 70 other artists took to social media to spotlight the teams behind some of their biggest hits as part of the Recording Academy’s Behind the Record Advocacy campaign, which launched on Oct. 15.

Jennifer Hudson’s R. Kelly Collab ‘Where You At’ Has Vanished From Streaming

Track was lead single from singer's 2011 album I Remember Me

After winning a daytime Emmy award on Thursday (Sept. 9), Jennifer Hudson is one win away from the coveted EGOT.

Jennifer Hudson’s soundtrack to the film "Respect" debuts at No. 6 on Billboard’s Top Album Sales chart (dated Aug. 28), marking the fourth top 10 on the list for the singer-actress – the entirety of her charting efforts. "Respect" is the companion album to the movie of the same name in which Hudson portrays Aretha…

Journey, Carlos Santana, Jennifer Hudson and LL Cool J, among others, regaled 60,000 New Yorkers before a severe storm forced the concert to go into lockdown - then shut down

Bruce Springsteen, Paul Simon, Jennifer Hudson and Earth, Wind and Fire were among the big-name acts at the event designed to mark a comeback for the city hit so hard by the coronavirus pandemic.

Jennifer Hudson hit 'The Late Show' on Thursday night (August 12) to give host Stephen Colbert an Aretha Franklin singing lesson and revealed what the soul icon said in their last conversation.

Here I Am (Singing My Way Home)

Remember Me (The Remixes)

I Run (From "Chi-Raq" Soundtrack)

You Will (The OWN Song)

No One Gonna Love You Remixes