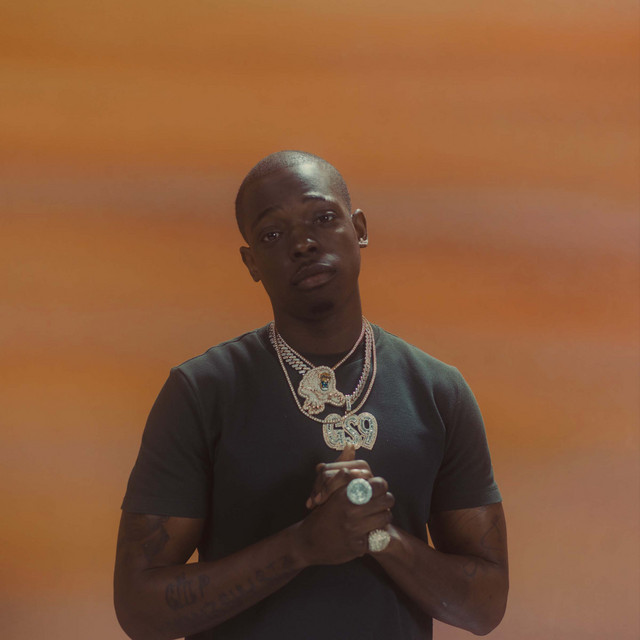 Ackquille Jean Pollard (born August 4, 1994), known professionally as Bobby Shmurda, is an American rapper. Along with Rowdy Rebel, Shmurda is considered a pioneer of Brooklyn drill music. He rose to international fame in 2014 when his song "Hot Nigga" peaked at number six on the Billboard Hot 100. The success of the single led to Shmurda signing a deal with Epic Records. His debut EP, Shmurda She Wrote, was released in November 2014.

In December 2014, New York City Police arrested Shmurda and charged him, along with several other members of GS9, with conspiracy to murder, weapons possession, and reckless endangerment. In 2016, he pleaded guilty and was sentenced to seven years in prison, which was reduced to five years after receiving credit for the two years he already served awaiting trial. After over six years in prison, Shmurda was released from Clinton Correctional Facility in February 2021. His release was widely celebrated across the hip-hop community.

Bobby Shmurda reveals if he could beat Chris Brown and Usher in a dance-off, all while swerving his way through a bracket of hip-hop’s favorite dances—including

Bobby Shmurda over Biggie? Queen Latifah over 2Pac? Big Krit over RZA? Watch the most controversial upset picks across the first three seasons of Complex Bracke

Bobby Shmurda Reveals How His Career Has Changed Since Going Independent

Fresh off releasing his first post-prison project 'Bodboy,' Bobby Shmurda stopped by Hot 97's 'Ebro In The Morning' to discuss being an independent artist.

As he makes a long-awaited return to music, Bobby Shmurda’s irrepressible charisma comes up against foggy raps and some sloppy production choices.

Not long after teasing the arrival of his long-anticipated post-prison album 'Ready to Live​​​​​​​,' Bobby Shmurda has shared his new single “Hoochie Daddy.”

Despite the passing of New York’s “Rap Music on Trial” bill, Bobby Shmurda has cautioned rappers to remain “mindful” over their lyrical content.

Bobby Shmurda Opens Up About Wildest Moments While in Jail: ‘I Don’t Know If It’s the Riots or the Sex’

The New York rapper sat down with 'Variety' for an in-depth interview in which he provided some additional insight into his time behind bars.

Bobby Shmurda Rips Producers for Fees They're Requesting for Work: 'Asking for Some Crazy Sh*t'

Bobby Shmurda took to his Instagram Stories to share how producers have been overcharging him to clear beats, holding up his next project's release.

Shmurda had his lyrics used against him in a 2014 indictment which saw him serve seven years in prison The post Bobby Shmurda pleas for New York’s Rap On Trial bill to be adopted across United States appeared first on NME.

Bobby Shmurda told TMZ that he's pleased that the New York State Senate passed the 'Rap Music on Trial' bill, which would limit use of rap lyrics as evidence.

Bobby Shmurda has released his song and video for "They Don’t Know," which features the newly independent rapper showing off his dance moves.

Bobby Shmurda joined DJ Akademiks on his 'Off the Record' podcast and was asked if he'd rather have a feature from Jay-Z or the late Pop Smoke.

On the latest episode of DJ Akademiks’ 'Off the Record' podcast, Bobby Shmurda made comments about “snitches” that provoked a response from 6ix9ine.

Shmurda took to social media to announce the arrival of new music, which will mark his first independent release since leaving Epic Records.

In a hilarious video shared to his Instagram, rapper Bobby Shmurda has shown just how scared he really is of needles at the doctor's office.

The rapper went public with his desire for release from his longtime label starting late last year.

Bobby Shmurda Says He's Out of His Epic Records Contract: 'I Just [Signed] My Release Papers’

Bobby Shmurda indicated last month that he wanted out of his record contract with Epic, and now the 27-year-old Brooklyn rapper has got his wish.

Wack 100 Thinks Bobby Shmurda Is Losing the Streets by Dancing

Bobby Shmurda Embraces a Downpour of ‘Shmoney’ on Song With Quavo, Rowdy Rebel

Track marks the rapper's fourth single of the year, following his release from prison in February

The Florida artist made his long-awaited return in September The post Bobby Shmurda shares new single with Quavo and Rowdy Rebel, ‘Shmoney’ appeared first on NME.

The rapper’s fourth new track of 2021

Shmurda shares the recipe for his hit song. Continue reading…

Bobby Shmurda Says He Needs to Go to Sex Therapy

No Time For Sleep (Freestyle) [Edit]

No Time For Sleep (Freestyle)

On The Wall feat. Bobby Shmurda