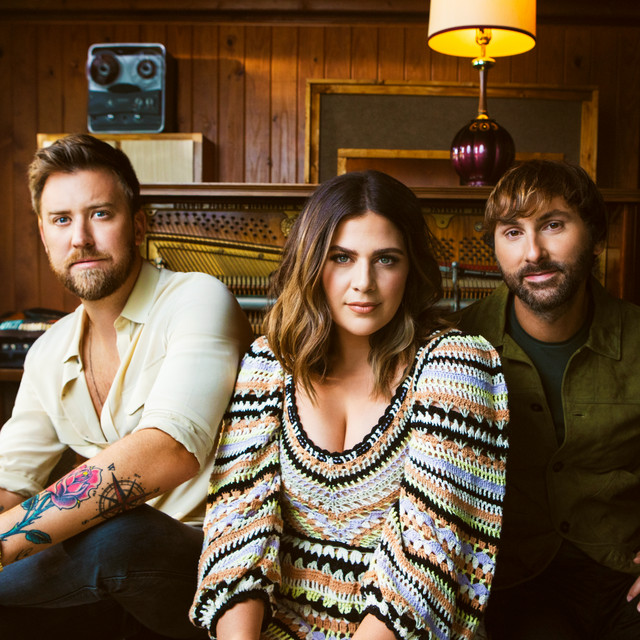 Lady A (formerly known as Lady Antebellum) is an American country music group formed in Nashville, Tennessee, in 2006. The group is composed of Hillary Scott (lead and background vocals), Charles Kelley (lead and background vocals, guitar), and Dave Haywood (background vocals, guitar, piano, mandolin). Scott is the daughter of country music singer Linda Davis, and Kelley is the brother of pop singer Josh Kelley. The band abbreviated the name to "Lady A" in June 2020 during the George Floyd protests in an attempt to blunt the name's associations with slavery and the Antebellum South, inadvertently causing a dispute with black blues and gospel singer Anita White, who had been using the name Lady A for more than 20 years.

The group made its debut in 2007 as guest vocalists on Jim Brickman's single "Never Alone", before signing to Capitol Nashville. Lady A has released six albums for Capitol: Lady Antebellum, Need You Now, Own the Night, Golden, 747, Heart Break, plus one Christmas album (On This Winter's Night), and one for BMLG Records: Ocean. The first three albums are certified platinum or higher by the Recording Industry Association of America (RIAA). The albums have produced sixteen singles on the Hot Country Songs and Country Airplay charts, of which nine have reached number one. The longest-lasting number one single is "Need You Now", which spent five weeks at that position in 2009; both that song and 2011's "Just a Kiss" reached number one on the Adult Contemporary charts.

Trek was set to begin Aug. 13 at Nashville's Ryman Auditorium

The dance trio's upcoming country album includes collaborations with Lady A, Jimmie Allen and more of the genre's biggest names.

Singer-songwriter Dave Barnes will open shows on the tour, which begins August 13.

Details of the agreement have not been made public The post Name dispute between singer Lady A and band formerly known as Lady Antebellum settled out of court appeared first on NME.

Lady A Band and Singer Settle Lawsuit Over Shared Name

The band dropped 'Antebellum' over racist connotations, but a black singer said she'd already used 'Lady A' for decades.

Natalie Hemby, who has written hits for Miranda Lambert, Little Big Town, and Lady A, has signed an exclusive co-publishing deal with CTM Outlander.

This week's column also includes music from Abby Anderson, Kassi Ashton and Jon Langston among others.

Dolly Parton, Chris Stapleton & More Set for ‘Kenny Rogers: All In for the Gambler’ Concert Special

What A Song Can Do (Stripped Down)

What A Song Can Do

Where Would I Be

What A Song Can Do (Chapter One)

On This Winter's Night (Deluxe)

Every Time I Look at You

What I'm Leaving For (ACM Presents: Our Country)

Live: In The Round

What If I Never Get Over You (Piano Version)

I Run To You (Acoustic)

Baby, It's Cold Outside