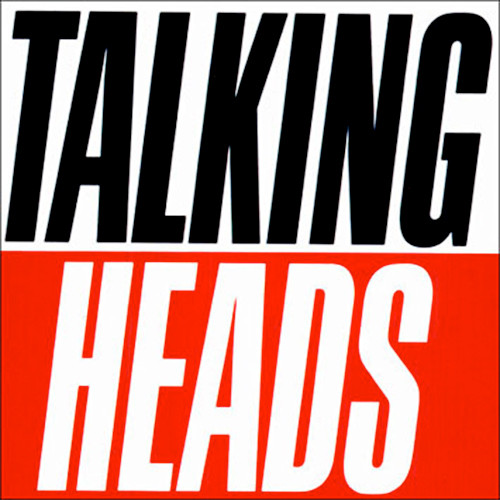 Talking Heads were an American rock band formed in 1975 in New York City and active until 1991. The band was composed of Scottish-born David Byrne (lead vocals, guitar), drummer Chris Frantz, bassist Tina Weymouth, and Jerry Harrison (keyboards, guitar). Described as "one of the most critically acclaimed bands of the '80s", the group helped to pioneer new wave music by integrating elements of punk, art rock, funk, and world music with an anxious, clean-cut image.As former art school students who became involved in the 1970s New York punk scene, Talking Heads released their 1977 debut album, Talking Heads: 77, to positive reviews. They collaborated with producer Brian Eno on a trio of critically acclaimed releases—More Songs About Buildings and Food (1978), Fear of Music (1979), and Remain in Light (1980)—which blended their art school sensibilities with influence from artists such as Parliament-Funkadelic and Fela Kuti. By the early 1980s, they began to expand their band by including a number of additional musicians in recording sessions and stage shows, notably guitarist Adrian Belew, keyboardist Bernie Worrell, singer Nona Hendryx, and bassist Busta Jones.

After a hiatus, Talking Heads hit their commercial peak in 1983 with the U.S. Top 10 hit "Burning Down the House" from the album Speaking in Tongues and released the concert film Stop Making Sense, directed by Jonathan Demme. For these performances, the band was joined by Worrell, guitarist Alex Weir, percussionist Steve Scales, and singers Lynn Mabry and Ednah Holt. In 1985, Talking Heads released their best-selling album, Little Creatures. They produced a soundtrack album for Byrne's film True Stories (1986), and released their final album, worldbeat-influenced Naked (1988), before disbanding in 1991. Without Byrne, the other band members performed under the name Shrunken Heads, and released an album, No Talking, Just Head, as the Heads in 1996.

The Talking Heads leader previously claimed in 2013 that he had pulled as much of his music from the streaming service as possible The post David Byrne: “Spotify is making artists uncomfortable” appeared first on NME.

David Byrne Plans to Make You Question Reality This Summer

A limited run of American Utopia: Unchained shows will continue through Jan. 2

Others among the 25 new films in the catalogue include 'Return Of The Jedi' and 'Selena' The post Talking Heads’ ‘Stop Making Sense’ added to National Film Registry appeared first on NME.

He showed off his pandemic illustrations, and then delivered a performance of the Talking Heads song with the American Utopia cast

The 12 covers, from between 1924 and 2012, feature Talking Heads, Bob Marley and more The post The Specials announce new album of protest song covers: “Injustice is timeless” appeared first on NME.

"There’s a lot of differences that haven’t entirely gone away" The post David Byrne tells us why there “probably won’t” be a Talking Heads reunion appeared first on NME | Music, Film, TV, Gaming & Pop Culture News.

Once in a Lifetime: The Talking Heads Box (2003 Remaster)

Once in a Lifetime / This Must Be the Place (Naïve Melody) [Live at the Pantages Theatre, December 1983]

Burning Down the House / I Get Wild / Wild Gravity

The Name of This Band Is Talking Heads (Expanded 2004 Remaster)

More Songs About Buildings and Food