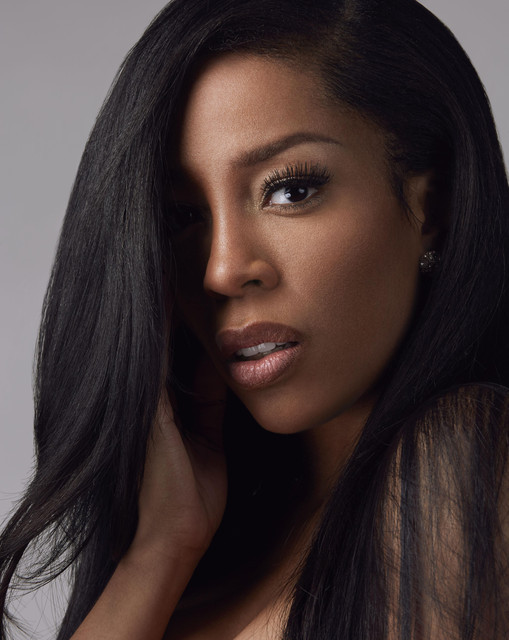 Kimberly Michelle Pate (born March 4, 1982) is an American singer, actress, and television personality. She rose to fame as the breakout star of VH1's Love & Hip Hop: Atlanta after appearing as a regular cast member for two seasons on the reality television series. Michelle subsequently signed with Atlantic Records. Her debut studio album, Rebellious Soul, debuted at number two on the US Billboard 200, and number one on the US Top R&B/Hip-Hop Albums charts. Her second studio album Anybody Wanna Buy a Heart? was released on December 9, 2014. The album debuted at eight six in the US and spawned three singles "Love 'Em All", "Maybe I Should Call" and "Hard to Do". The album sold 87,000 copies in its first week in sales.In March 2016, Michelle's third studio album, More Issues Than Vogue, was released to positive reviews. Singles from the album included "Not a Little Bit" and "Ain't You". Her fourth album, Kimberly: The People I Used to Know was released on December 8, 2017 and debuted at the top ten of the Billboard's Top R&B/Hip-Hop Albums chart. Her fifth studio album, All Monsters Are Human was released on January 31, 2020. The album was preceded by two singles "Supahood" and "The Rain".She has also starred in reality series Love & Hip Hop: New York, K. Michelle: My Life and Love & Hip Hop: Hollywood (under the name Kimberly), as well as in her own special, The Rebellious Soul Musical, directed by Golden Globe winner Idris Elba. Throughout her career, Michelle has received four BET Awards nominations. She won a Soul Train Music Awards and a NAACP Image Awards in 2013 and 2014. She was also honored with an ASCAP Women Behind the Music award in 2015.

Get In My Bed

All Monsters Are Human (Clean)

All Monsters Are Human

KIMBERLY: The People I Used to Know

Anybody Wanna Buy a Heart?

How Do You Know?

I Just Can't Do This

Self Made (No Rap Version)

Self Made (feat. Trina) [Main Version]