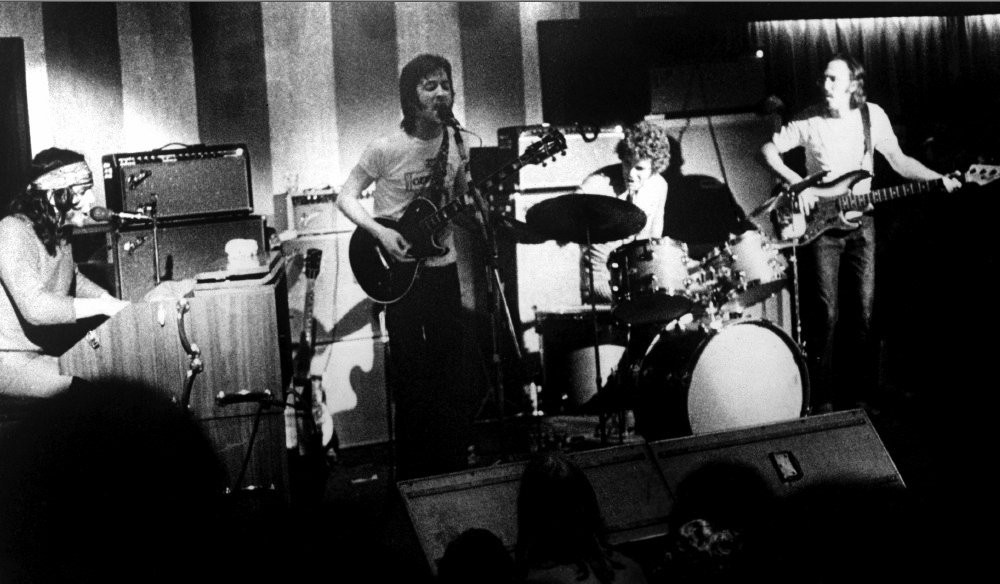 Derek and the Dominos was an English–American blues-rock band formed in the spring of 1970 by guitarist and singer Eric Clapton, keyboardist and singer Bobby Whitlock, bassist Carl Radle and drummer Jim Gordon. All four members had previously played together in Delaney & Bonnie and Friends, during and after Clapton's brief tenure with Blind Faith. Dave Mason supplied additional lead guitar on early studio sessions and played at their first live gig. Another participant at their first session as a band was George Harrison, the recording for whose album All Things Must Pass marked the formation of Derek and the Dominos.

The band released only one studio album, Layla and Other Assorted Love Songs, produced by Tom Dowd, which also featured extensive contributions on lead and slide guitar from Duane Allman. A double album, Layla did not immediately enjoy strong sales or receive widespread radio airplay, but went on to earn critical acclaim. Although released in 1970 it was not until March 1972 that the album's single "Layla" (a tale of unrequited love inspired by Clapton's infatuation with his friend George Harrison's wife, Pattie Boyd) made the top ten in both the United States and the United Kingdom. The album is often considered to be the defining achievement of Clapton's career.

Live At The Fillmore

Derek & The Dominos In Concert (Live)