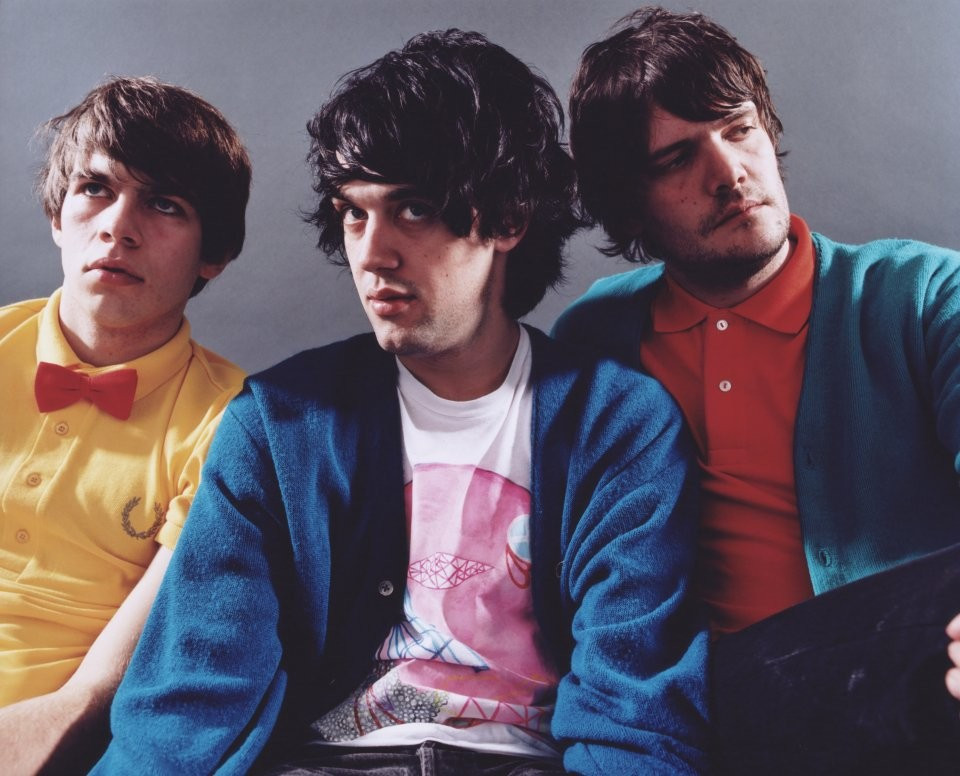 Klaxons were an English band, based in London. Following the release of several 7-inch singles on different independent record labels, as well as the success of previous singles "Magick" and "Golden Skans", the band released their debut album, Myths of the Near Future on 29 January 2007. The album won the 2007 Nationwide Mercury Prize. After playing festivals and headlining tours worldwide (including the NME Indie Rave Tour) during late 2006–07, the band started working on their follow-up album in July 2007. Klaxons' second album, Surfing the Void, was released on 23 August 2010. Their third album, Love Frequency, was released on 16 June 2014.The band has been on indefinite hiatus since 2014.

‘Never Give Up On The City’ is the latest song to be lifted from the ex-Klaxons member's sophomore solo album The post James Righton releases new single, announces short film for upcoming album ‘Jim, I’m Still Here’ appeared first on NME.

James Righton on putting together ABBA’s new live band: “They had to be as good as the originals”

The multi-instrumentalist tells us about the honour of working with the legends, and how it has inspired his own music but not a Klaxons reunion The post James Righton on putting together ABBA’s new live band: “They had to be as good as the originals” appeared first on NME.

Show Me a Miracle (Remixes)

Show Me a Miracle

There is No Other Time (Remixes)

There Is No Other Time (Remixes) [Remix Bundle 2]

There is No Other Time

There Is No Other Time

There Is No Other Time (Remixes)

Myths Of The Near Future

Does It Offend You, Yeah?

Late of the Pier