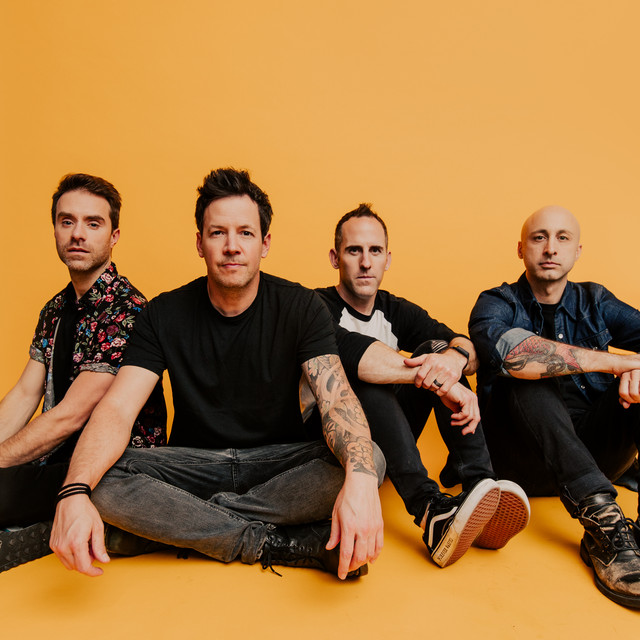 Simple Plan is a Canadian rock band from Montreal, Quebec, formed in 1999. The band's lineup consists of Pierre Bouvier (lead vocals and bass), Chuck Comeau (drums), Jeff Stinco (lead guitar), and Sébastien Lefebvre (rhythm guitar, backing vocals), with all four performing with the group since its inception. David Desrosiers (bass and backing vocals) joined the band in early 2000 and departed in July 2020 due to sexual misconduct accusations. The band has released six studio albums: No Pads, No Helmets...Just Balls (2002), Still Not Getting Any... (2004), Simple Plan (2008), Get Your Heart On! (2011), Taking One for the Team (2016), and Harder Than It Looks (2022). The band has also released an EP titled Get Your Heart On – The Second Coming! (2013), in addition to two live albums: Live in Japan 2002 (2003) and MTV Hard Rock Live (2005).

The band will be supported at the shows by Simple Plan, who they've been touring the US with this spring The post Sum 41 announce ‘Does This Look All Killer No Filler’ UK/European tour with Simple Plan appeared first on NME.

The two Canadian bands will hit the road together next month The post Sum 41 and Simple Plan announce ‘Blame Canada’ 2022 US tour appeared first on NME.

The two Canadian groups will hit more than 35 cities across the U.S. this spring and summer.

It's in the style of State Champs, Simple Plan and Neck Deep The post YouTuber reimagines Nickelback’s ‘Photograph’ as a pop punk anthem appeared first on NME.

Harder Than It Looks

Where I Belong (feat. We The Kings)

Singing in the Rain

Taking One for the Team

Get Your Heart On! - the Second Coming!

Get Your Heart On!

Welcome to My Life

Still Not Getting Any