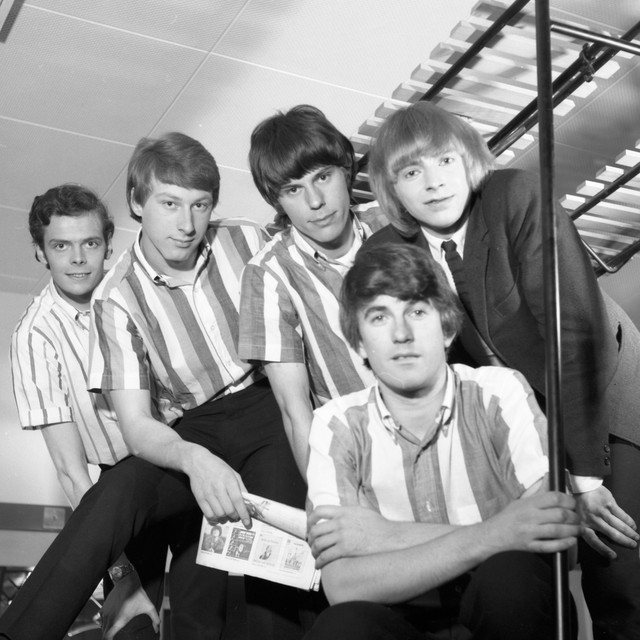 The Yardbirds are an English rock band, formed in London in 1963. The band's core lineup featured vocalist and harmonica player Keith Relf, drummer Jim McCarty, rhythm guitarist/bassist Chris Dreja and bassist/producer Paul Samwell-Smith. The band is known for starting the careers of three of rock's most famous guitarists, Eric Clapton, Jimmy Page and Jeff Beck, all of whom ranked in the top five of Rolling Stone magazine's list of 100 greatest guitarists. The band had a string of hits throughout the mid-1960s, including "For Your Love", "Heart Full of Soul", "Shapes of Things" and "Over Under Sideways Down".

Originally a blues-based band noted for their signature "rave-up" instrumental breaks, the Yardbirds broadened their range into pop, pioneering psychedelic rock and early hard rock; and contributed to many electric guitar innovations of the mid-1960s. Some rock critics and historians also cite their influence on the later punk rock, progressive rock and heavy metal trends. Following the band's split in 1968, Relf and McCarty formed Renaissance and guitarist Jimmy Page formed Led Zeppelin - the latter of which was initially intended as a direct successor to the Yardbirds.

The band was inducted into the Rock and Roll Hall of Fame in 1992. They were included at number 89 in Rolling Stone's list of the "100 Greatest Artists of All Time" and ranked number 37 on VH1's 100 Greatest Artists of Hard Rock.The Yardbirds re-formed in the 1990s, featuring drummer Jim McCarty and rhythm guitarist/bassist Chris Dreja as the only original members. Dreja left the band in 2012, leaving McCarty as the sole original member of the band in the present lineup.

Live at the BBC Revisited

I got Love If You Want it

Dazed and Confused: The Yardbirds in '68 - Live at the BBC and Beyond

Having a Rave Up with The Yardbirds (2015 Remaster)