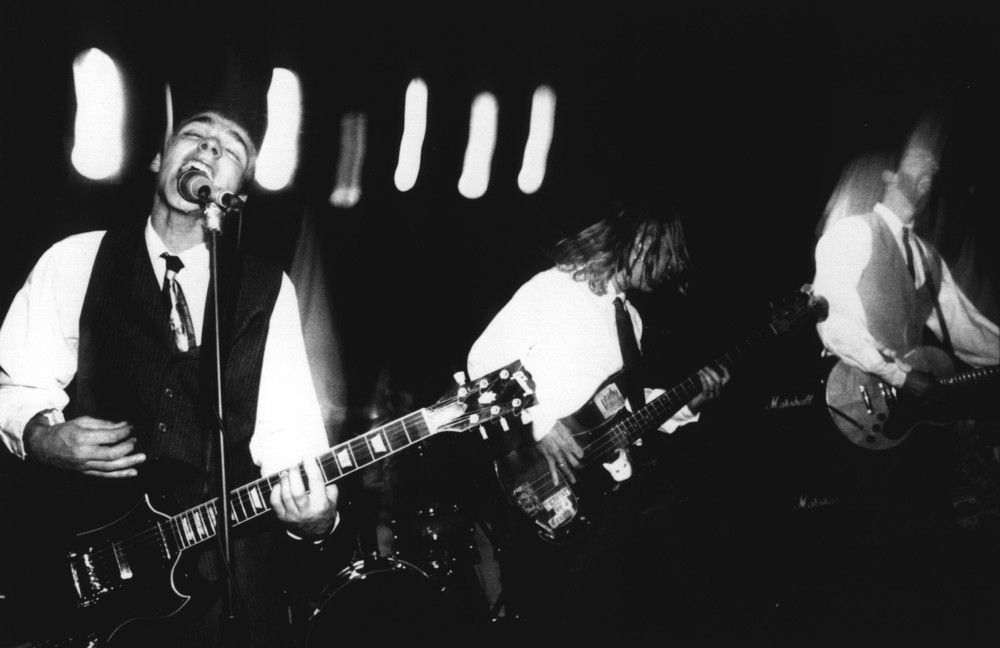 Sunny Day Real Estate is an American emo band from Seattle. They were one of the early rock bands in the Midwest emo scene and helped establish the genre, despite not actually being from the Midwest themselves. In 1994, the band released their debut album Diary on Sub Pop Records to critical acclaim. However, shortly after recording their second album LP2, the band broke up. Rhythm section Nate Mendel (bass) and William Goldsmith (drums) joined Foo Fighters, while lead vocalist and guitarist Jeremy Enigk embarked on a solo career. In 1997, they regrouped long enough to record two more studio albums and a live album, but ultimately disbanded once again in 2001. The band reunited again in 2009. Bassist Nate Mendel, who chose to remain with Foo Fighters during the previous reunion in 1997, took part in this reunion. In a 2013 interview with MusicRadar, Mendel said Sunny Day Real Estate was inactive. According to Mendel, the band attempted to record a full-length album after the end of their reunion tour, but the sessions "just fell apart". In 2014 the band released one song from those sessions, "Lipton Witch," on a split 7-inch vinyl with Circa Survive on Record Store Day.

The 90s emo band will tour for the first time in over a decade The post Sunny Day Real Estate announce North American reunion tour appeared first on NME.

Sunny Day Real Estate to reunite and tour in 2022

The band will tour without founding bassist Nate Mendel The post Sunny Day Real Estate to reunite and tour in 2022 appeared first on NME.

How It Feels To Be Something On