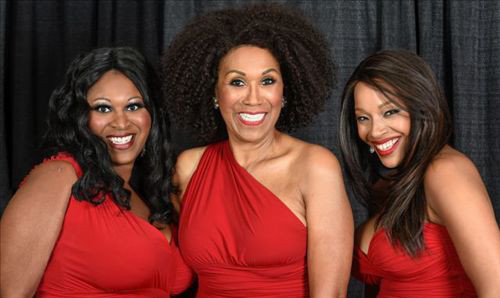 The Pointer Sisters are an American R&B singing group from Oakland, California, that achieved mainstream success during the 1970s and 1980s. Their repertoire has included such diverse genres as pop, disco, jazz, electronic music, bebop, blues, soul, funk, dance, country, and rock. The Pointer Sisters have won three Grammy Awards and received a star on the Hollywood Walk of Fame in 1994. The group had 13 US top 20 hits between 1973 and 1985.

The group had its origins when sisters June and Bonnie Pointer began performing in clubs in 1969 as "Pointers, a Pair". The line-up grew to a trio when sister Anita joined them. Their record deal with Atlantic Records produced several unsuccessful singles. The trio grew to a quartet when sister Ruth joined in December 1972. They then signed with Blue Thumb Records, recorded their debut album, and began seeing more success, winning a Grammy Award in 1975 for Best Country Vocal Performance for "Fairytale" (1974). Bonnie left the group in 1978 to commence a solo career with modest success.

June Pointer, the youngest sister, struggled with drug addiction for much of her career, leaving the group in April 2004 prior to her death from cancer in April 2006, at the age of 52. She was replaced by Ruth's daughter Issa Pointer. This trio had a number two hit in Belgium in 2005, covering "Sisters Are Doin' It for Themselves" with Belgian singer Natalia. Between 2009 and 2015, the group consisted of Anita, Ruth, Issa, and Ruth's granddaughter Sadako Pointer. While all four women remained in the group, they most often performed as a trio rotating the lineup as needed. In 2015, Anita was forced to retire due to ill health, leaving Ruth the sole member of the original sibling line-up.

Don't Try to Take the Fifth

Live At The Opera House