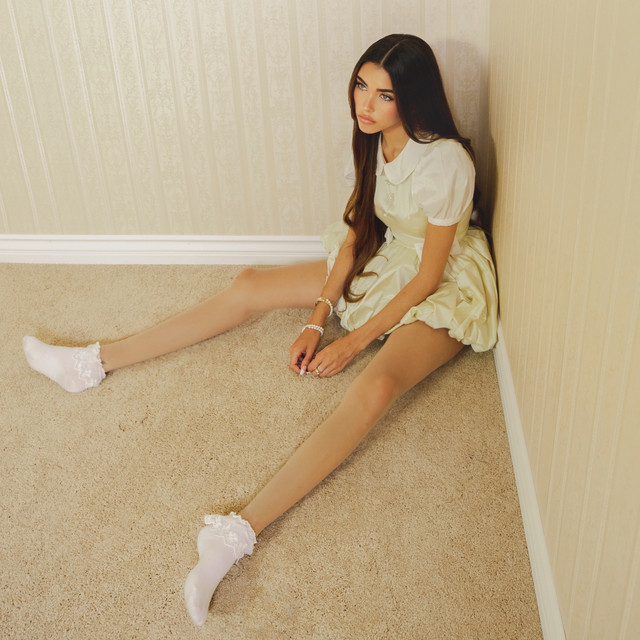 Madison Elle Beer (born March 5, 1999) is an American singer. Born in New York, she began posting covers to YouTube in early 2012. Beer gained substantial media coverage when Justin Bieber posted a link to one of her covers. She released her debut single, "Melodies", in 2013.

In 2018, Beer released her debut EP, As She Pleases. The project was supported by the singles "Dead" and "Home with You", both of which were certified Gold by the RIAA. The following year, Beer signed with Epic Records, later releasing her debut studio album, Life Support in 2021. The album was supported by several singles, including "Selfish", which gained traction on the media sharing app TikTok, leading to the single's RIAA Gold certification.Aside from her solo work, Beer has voiced the virtual character Evelynn in the League of Legends virtual band K/DA. As a member of the group she has released the internationally charting singles "Pop/Stars" (2018) and "More" (2020). She has also appeared on television series such as Todrick (2015) and RuPaul's Drag Race (2020), and in the film Louder Than Words (2013).

"Part of the journey is the end..." Poarch wrote, teasing the video

"That stuff is really tough for me to look at" The post Madison Beer says TikTok “has sparked this whole new wave of bullies” appeared first on NME | Music, Film, TV, Gaming & Pop Culture News.

Madison Beer sits down with Billboard for the first episode of 'Growing Up,' where she breaks down her childhood influences, her support group and her journey to stardom.

"[They] didn’t know what they were talking about and steered me in all the wrong directions" The post Madison Beer says she has felt “very silenced” by older men in the music industry appeared first on NME | Music, Film, TV, Gaming & Pop Culture News.

These 10 tracks from artists like Tate McRae, Madison Beer, Victoria Justice and Georgia will get you energized to take on the week.

I Have Never Felt More Alive (from the feature film "Fall")

Carried Away (Love To Love) (with Madison Beer)

Home With You (Remixes)

Say It to My Face (The Wideboys Remix)

Say It to My Face