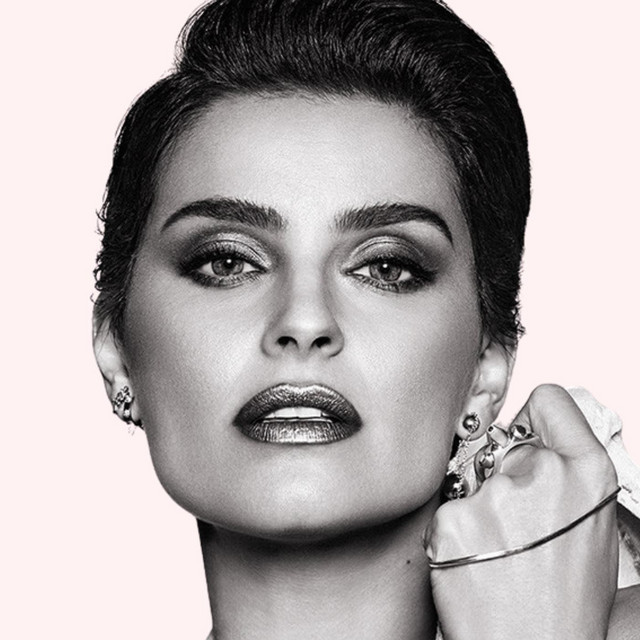 Nelly Kim Furtado (; Portuguese: [fuɾˈtaðu]; born December 2, 1978) is a Canadian singer and songwriter. Furtado has sold over 40 million records worldwide making her one of the most successful Canadian artists.

She first gained fame with her trip hop-inspired debut album, Whoa, Nelly! (2000), which was a critical and commercial success that spawned two top-10 singles on the Billboard Hot 100, "I'm Like a Bird" and "Turn Off the Light". The first of the two singles won her a Grammy Award for Best Female Pop Vocal Performance. Furtado's introspective folk-heavy 2003 second album, Folklore, explored her Portuguese roots. Its singles received moderate success in Europe, but the album's underperformance compared to her debut was regarded as a sophomore slump.

Furtado's third album, Loose (2006), was a smash hit and became her bestselling album, with more than 10 million copies sold worldwide, also making it one of the bestselling albums of the 2000s. Considered a radical image reinvention, Furtado continued to explore her Portuguese heritage while leaning heavier into hip hop. The album spawned four successful number-one singles worldwide; "Promiscuous", "Maneater", "Say It Right", and "All Good Things (Come to an End)". Her Timbaland collaboration "Give It to Me" (2007) in the same era also topped the charts in the US and overseas. Furtado's critically acclaimed duet with James Morrison, "Broken Strings", also topped the charts in Europe in 2008.She released her first Spanish-language album, Mi Plan, in 2009, which won her a Latin Grammy Award for Best Female Pop Vocal Album. In 2012, Furtado released her nostalgia-inspired fifth album The Spirit Indestructible. Furtado split with her management and went independent thereafter, releasing her indie-pop sixth album, The Ride, in 2017 under her own label Nelstar Entertainment.

She has won many awards throughout her career, including one Grammy Award from seven nominations, one Latin Grammy Award, ten Juno Awards, one BRIT Award, one Billboard Music Award, one MTV Europe Music Award, one World Music Award, and three Much Music Video Awards. Furtado has a star on Canada's Walk of Fame, and was awarded Commander of the Order of Prince Henry on February 28, 2014, in Toronto by Aníbal Cavaco Silva, the then-President of Portugal.

Drake Sings ‘I’m Like a Bird’ With Nelly Furtado in Toronto: Watch

"This next person's music changed my life so much," said Drake. "I love her with all my heart, so when she comes out here you better show her some f---in' love too."

Drake introduced Nelly Furtado by saying her music "changed my life" The post Drake joins Nelly Furtado on stage for rendition of ‘I’m Like A Bird’ appeared first on NME.

The Best Moments From Drake's All Canadian North Stars Show

On the opening night of October World Weeknd, Drake celebrated Canada's hip-hop and R&B lineage with an All-Star lineup including k-os, Nelly Furtado, and more.

Nelly Furtado Is Recording Music in Colombia: Here’s What We Know (So Far)

She's been hanging out with Bomba Estereo and Lido Pimienta.

Hebden has used the moniker sporadically throughout his career, most notably on the Nelly Furtado-sampling 2019 hit 'Only Human' The post Four Tet’s Kieran Hebden shares new KH song ‘Looking At Your Pager’ appeared first on NME.

Say It Right (Sped Up Remix)

Night Is Young (The Remixes)

Night Is Young (The Remixes Part 2)