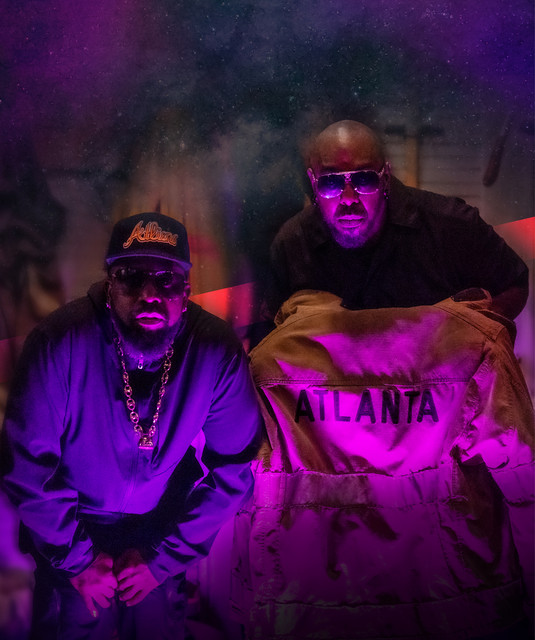 Antwan André Patton (born February 1, 1975), better known by his stage name Big Boi, is an American rapper, songwriter, record producer and actor. He is best known for being a member of the southern hip hop duo Outkast alongside André 3000. Big Boi's solo debut album Sir Lucious Left Foot: The Son of Chico Dusty was released in July 2010 to critical acclaim. He released his second studio album Vicious Lies and Dangerous Rumors in 2012. Boomiverse, his third studio album, was released in June 2017.

OutKast legend Big Boi has gotten divorced from Sherlita Patton after over 20 years of marriage, as indicated by recently filed court documents.

Premiere: Big Boi and Sleepy Brown Party It Up in "Do Ya Best" Video f/ Scotty ATL

Big Boi and Sleepy Brown have shared the music video for "Do Ya Best" featuring Scotty ATL off their recent collaborative project 'The Big Sleepover.'

‘It’s About Communication’: Why Big Boi Is Advocating for Mental Health

Atlanta rap icon will headline May 21 Sound Mind festival in New York to fight stigma: 'It's always good to let people know that people care about them, and you're not alone'

‘It Was Just a Player-Ass Narration.’ Big Boi, Sleepy Brown Break Down Outkast’s Vibiest Track Ever

Rolling Stone visits Stankonia Recording Studios, where Outkast made "SpottieOttieDopaliscious," one of the most memorable songs in the Atlanta rap group’s discography

The collaborative project has been in the works since 2019 The post Big Boi and Sleepy Brown finally release joint album ‘The Big Sleepover’ appeared first on NME.

The song will appear on their new album The Big Sleepover

"The people are going to fucking love it," he said, "It's fucking incredible" The post Big Boi confirms that he has recorded a song with Kate Bush appeared first on NME.

The Braves won the World Series for the first time in 26 years The post Watch Killer Mike, Big Boi, Sleepy Brown and Ludacris all perform at the Atlanta Braves victory parade appeared first on NME.

The Big Sleep is Over (feat. Kay-I)