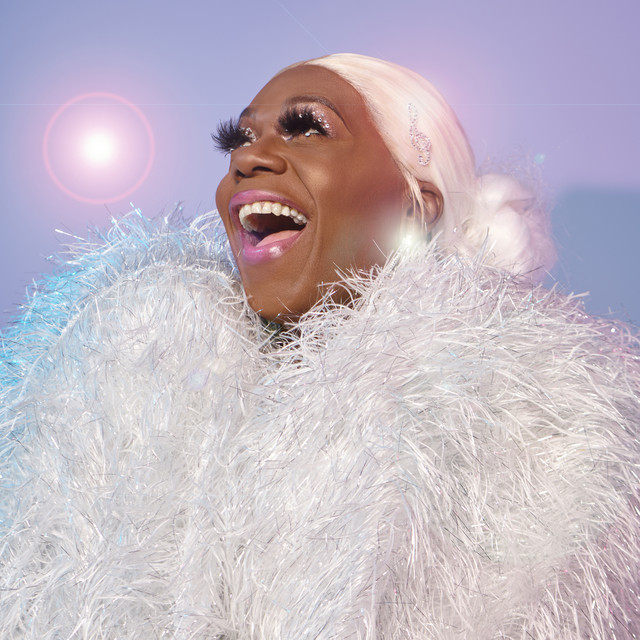 Freddie Ross Jr. (born January 28, 1978), better known by her stage name Big Freedia ( FREE-də), is an American rapper known for her work in the New Orleans genre of hip hop called bounce music. Freedia has been credited with helping popularize the genre, which had been largely underground since developing in the early 1990s. Freedia identifies as a gay man and is ambivalent about pronouns, using all of them interchangeably.Freedia started singing in the choir of the neighborhood Baptist church, Pressing Onward M.B.C., and started a professional performance career around 1999. 2003 saw the release of Freedia's debut studio album Queen Diva. She first gained mainstream exposure in 2009, and her 2010 album Big Freedia Hitz Vol. 1 was re-released on Scion A/V in March 2011, as well as a number of music videos.In 2011, she was named Best Emerging Artist and Best Hip-Hop/Rap Artist in January's "Best of the Beat Awards," and was nominated for the 2011 22nd GLAAD Media Awards. In 2013, she got her own reality show on the Fuse Channel, which chronicles her life on tour and at home. On July 7, 2015, she released her autobiography God Save the Queen Diva!.

In 2016, Beyonce released a surprise single, "Formation", sampling Freedia's voice. At the end of 2016, Freedia was featured in a local New Orleans television ad for Juan LaFonta Law Office, in which she is shown rapping with bounce music and dancers. In 2018, she released the EP Third Ward Bounce.

In April 2020, Freedia collaborated with New Kids on the Block, Jordin Sparks, Naughty by Nature and Boyz II Men on the song "House Party", a song written during social distancing during COVID-19. The video for "House Party" was shot on cell phones.

Freedia also provided additional vocals for Drake's 2018 number-one hit "Nice for What", though she is not credited as a featured artist. In the late 2010s, she befriended Kesha with the two collaborating on each others' projects. Freedia was scheduled to go on tour with Kesha in 2020, but it was cancelled due to the COVID-19 pandemic.

The artist talks to Billboard on the red carpet about "Break My Soul" and the impact of NOLA bounce music on the culture.

Big Freedia and Robin S. react to being sampled for Beyoncé’s ‘Break My Soul’

Both have publicly thanked the singer for their respective inclusions The post Big Freedia and Robin S. react to being sampled for Beyoncé’s ‘Break My Soul’ appeared first on NME.

After Big Freedia, Which Past Collaborator Should Beyoncé Reunite With? Vote!

From Ed Sheeran and Lady Gaga to her Destiny's Child bandmates, we want to know who Queen Bey should invite back into the studio.

Beyoncé is one for surprises. She dropped ‘Break My Soul’ early on Monday (June 20th).

Each week we traverse the wide, wild world of dance music to deliver the freshest new tracks.

In 2018, the New Orleans bounce artist challenged Wilberto Dejarnetti’s claim to royalties for choreography between 2014 and 2017

From Lauren Jauregui's long-awaited new album to Slayyyter's club-ready collab with Big Freedia, check out just a few of our favorite releases from this week below.

Be Thankful For What You’ve Got

She Likes to Party

Tank and The Bangas