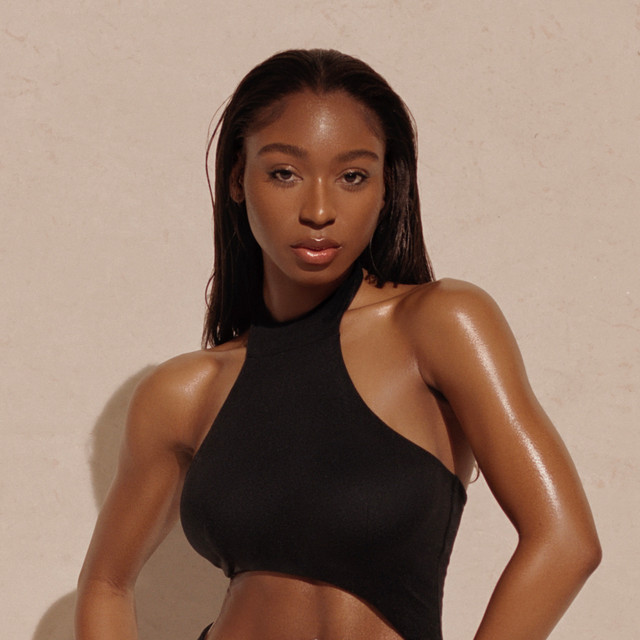 Normani Kordei Hamilton ( nor-MAH-nee; born May 31, 1996) is an American singer and dancer. She auditioned as a solo act for the American television series The X Factor in 2012, after which she became a member of the girl group Fifth Harmony, which went on to become one of the best-selling girl groups of all time. While in Fifth Harmony, Normani competed in Dancing with the Stars (2017) and released her first song outside of the group "Love Lies" (2018), a duet with Khalid which peaked in the top ten in the US and was certified 5× platinum by RIAA.

The pop star is one of the biggest publishing clients Hipgnosis has signed since acquiring Big Deal Music in 2020.

The "Wild Side" singer walked the red carpet in a Christian Siriano two-piece set.

Normani Stuns in New Campaign for AMI Paris: Where to Buy the Luxurious L’Accordéon Bag Online

The “Fair” singer is the muse for the French brand's new L’Accordéon bag.

Normani Gets Vulnerable on the Mostly Decent “Fair”

The downtempo track laments the uneven aftermath of a break-up.

Normani has returned with her new song "Fair." The track follows her "Wild Side" collab with Cardi B, which peaked at No. 14 on the Billboard Hot 100.

"This is huge for me and hopefully this piece of art resonates," she said about the song

Normani Bares It All to Tease ‘Most Vulnerable’ Single Yet

"Definitely aware that you might feel like you don’t know much about me but that’s only because it’s what makes me feel protected," Normani said.

Normani has been teasing a new single for several weeks and on Tuesday (March 1) the singer finally revealed the song’s title, plus a lot more in a fiery photo shoot that set Twitter afire.

Normani presents Doja Cat with the Powerhouse Award at Billboard’s Women in Music 2022.

The single is due out on March 18.

"This one is really unique and different for me. Probably not what everyone is expecting."

Normani and Taraji P. Henson Get Sprayed For Not Slaying on ‘That’s My Jam’: Watch

She also opened up about the challenges she’s faced in making a name for herself outside of Fifth Harmony The post Normani says her debut solo album is “almost done” appeared first on NME.

The single reaches longevity markers on both R&B/hip-hop and rhythmic radio.

"You're somebody that I've looked up to forever," Normani told Ciara.

Normani has given an update about when fans can expect to hear her debut album release. READ MORE: Megan Thee Stallion & Normani’s ‘Diamonds’ is a cocky boost of self-esteem Speaking to Entertainment Tonight at the 2021 Soul Train Awards, Normani was asked if she had a message for fans about her debut album. In […] The post Normani gives update on debut album: “Summer’s gonna be lit” appeared first on NME.

Normani Shows Her ‘Wild Side’ in New Airplay Arena: R&B/Hip-Hop

Normani Dances With Boa Constrictor, Channels Salma Hayek In ‘From Dusk Till Dawn’

Normani shared a Halloween costume of her channeling Salma Hayek in the 1996 film 'From Dusk Till Dawn.' See the pictures here.

Cardi B's wish is her demand -- after shading Normani to drop pictures from a "Wild Side" promo shoot for her birthday, the singer posted them to Twitter.

Normani Tributes Janet Jackson During ‘Wild Side’ at 2021 VMAs

Normani pulled out all of the stops with a show-stopping rendition of "Wild Side" at the 2021 VMAs.

Normani is set to perform her latest single "Wild Side" at the 2021 Video Music Awards on Sunday, MTV announced Thursday (Sept. 9).

Normani to Perform at 2021 MTV VMAs

Normani Was ‘Terrified’ to Play ‘Wild Side’ for Her Dad

Normani wasn't afraid to show off her "Wild Side" in her latest Cardi B-assisted hit, but she was certainly "terrified" of showing the song to her father.

Normani's mother, who is battling breast cancer, motivated the singer to release 'Wild Side' into the world.

'Wild Side' has FKA Twigs ready to show off her pole dancing skills.

Wild Side (feat. Cardi B)

Dancing With A Stranger (With Normani) [Cheat Codes Remix]

Dancing With A Stranger (With Normani) [Acoustic]

Dancing With A Stranger (with Normani)