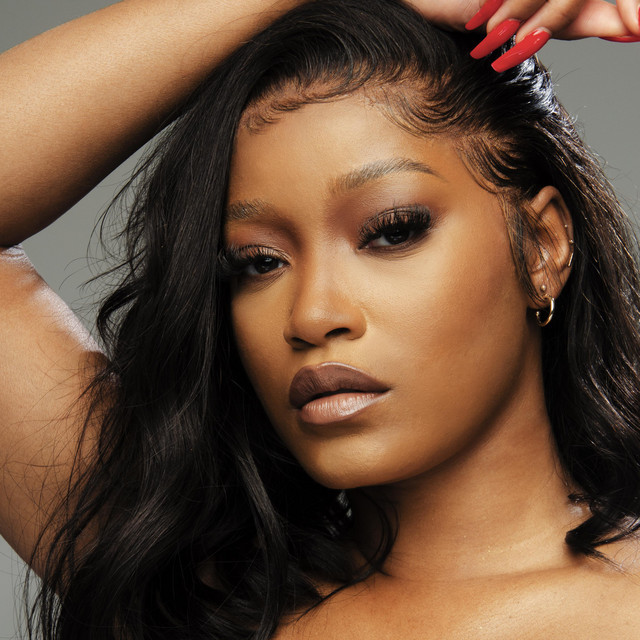 Lauren Keyana "Keke" Palmer (born August 26, 1993) is an American actress, singer, and television personality. Known for playing leading and character roles in comedy-drama productions, she has received a Primetime Emmy Award, five NAACP Image Awards, and nominations for a Daytime Emmy Award and a Screen Actors Guild Award. She was included on Time magazine's list of most influential people in the world in 2019.Palmer made her acting debut in Barbershop 2: Back in Business (2004). She later appeared in the television film The Wool Cap (2004) and had her breakthrough starring in the drama film Akeelah and the Bee (2006). She released her debut studio album, So Uncool, in 2007. She progressed as a prominent child actress with roles in Madea's Family Reunion (2006), Jump In! (2007), The Longshots (2008) and Shrink (2009).

Palmer received recognition for her roles on Nickelodeon, such as portraying the title character in the sitcom True Jackson, VP (2008–2011), providing the voice of Aisha in the Nickelodeon revival of Winx Club (2011–2014), and headlining the television film Rags (2012). Palmer made her transition to mature roles with the VH1 biographical film CrazySexyCool: The TLC Story (2013), and later starred in the thriller film Animal (2014), the comedy horror series Scream Queens (2015–2016), the drama series Berlin Station (2017–2019), the slasher series Scream (2019) and the crime drama film Hustlers (2019). In 2021, she received a Primetime Emmy Award for her roles in the series Turnt Up with the Taylors.

Since So Uncool, Palmer has released three extended plays: Lauren (2016), Virgo Tendencies, Pt. 1 (2019) and Virgo Tendencies, Pt. 2 (2020). She hosted the talk show Just Keke (2014) and co-hosted the talk show Strahan, Sara and Keke (2019–2020), the latter earning her a Daytime Emmy Award nomination for Outstanding Entertainment Talk Show Host. In 2020, she hosted the MTV Video Music Awards, becoming the first woman of color to host the event.

‘Nope’ has solidified Keke Palmer as one of the greatest talents of her generation. Will this be the role that catapults her to an Awards season favorite?

The conversation surrounding Nope quickly transformed into a discourse on colorism, who decides what is or is not “mainstream,” and Keke’s lengthy career.

Keke Palmer Is A ‘Nope’ On Colorism Claims and Zendaya Comparisons: ‘I’m An Incomparable Talent’

"Baby, THIS, is Keke Palmer," the multi-hyphenate proclaimed.

Complex spoke with Jordan Peele about 'Nope,' casting Keke Palmer, why people love his movies, and being called one of the greatest directors of all time.

‘NOPE’ asks the question, “What’s a bad miracle?” The upcoming film reunites writer/director Jordan Peele with his ‘Get Out’ star Daniel Kaluuya.

The new season of the voguing competition premieres May 19 on HBO Max.

Keke Palmer Calls Out Fan Who Filmed Her Without Consent: 'No Means No'

Keke Palmer took to social media where she shared a story about an interaction she had with a fan who she said filmed her without her consent.

Keke Palmer joins Cardi on the boat and they don't want to mess with live bait.

Keke Palmer and Common star in 'Alice' (Mar. 18), a film about a young woman born into slavery, and what she discovers. Watch this exclusive clip from the film.

Oscar-winner Daniel Kaluuya, who became an A-list star with Peele's 'Get Out,' is also among the cast of 'Nope.'

Want Me to Be

Better to Have Loved

I Don't Belong To You

We Are (From "Ice Age: Continental Drift"/Theme)

The One You Call

Tonight (From "Night at the Museum")