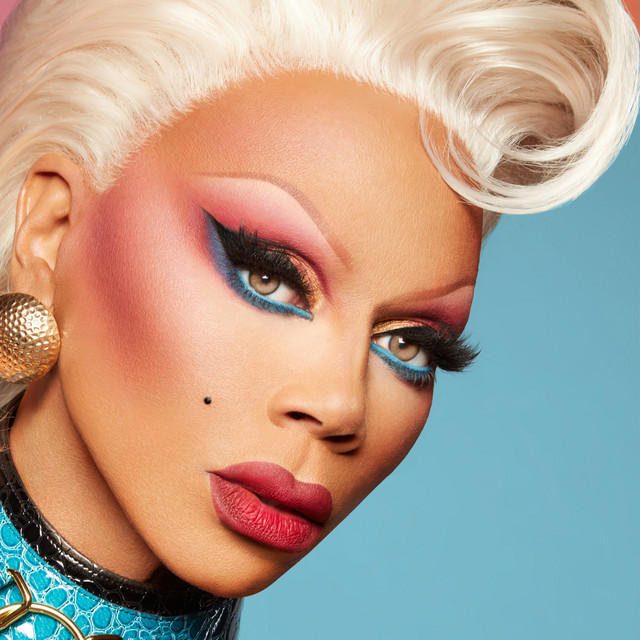 Born and raised in San Diego, California, RuPaul later studied performing arts in Atlanta, Georgia. He settled in New York City, where he became a popular fixture on the LGBT nightclub scene. He achieved international fame as a drag queen with the release of his debut single, "Supermodel (You Better Work)", which was included on his debut studio album Supermodel of the World (1993). He became a spokesperson for MAC Cosmetics in 1994, raising money for the Mac AIDS Fund and becoming the first drag queen to land a major cosmetics campaign. He later received his own talk show on VH1 called The RuPaul Show, which he hosted for over 100 episodes while co-hosting the morning radio show on WKTU with Michelle Visage.

RuPaul is considered the most commercially successful drag queen in the United States, with Fortune noting him as "easily the world's most famous drag queen." For his work on RuPaul's Drag Race, he has received eleven Primetime Emmy Awards, becoming the most-awarded person of color in the history of the Primetime Emmys. In 2017, he was included in the annual Time 100 list of the most influential people in the world. Outside of film and television, he also continues to write and record music; he has released fourteen studio albums as of 2022, and received a Tony Award for Best Musical as a producer for the musical A Strange Loop.

After a lip sync LaLaPaRuza for the crown, one queen walked away with a crown, a title, and $200,000

From Lip Syncs For Your Life, to Lip Sync LaLaPaRuzas, these queens have shown time and again their charisma, uniqueness, nerve and talent.

The oddball of 'All Stars 7' also discusses thee Internet's obsession with her dad, and why performing comedy challenges without a crowd on 'Drag Race' is so hard.

"I literally left set that day saying, 'Do I just go home now? Does it get any better than that?'" the star recalls.

‘RuPaul’s Drag Race’ All Star Raja Does Not Identify as a ‘Fashion Queen’ — ‘I’m the O.G. Style Queen’

The season 3 winner also discusses recent Republican efforts to ban drag shows for kids: "It's just all a distraction."

The 'All Stars 7' star also talks about the "uplifting" vibe of the new season, and what it's like getting back on TV after almost 10 years away.

RuPaul Admits to Having Favorite ‘Drag Race’ Queens, But He Won’t Tell You Which Ones

The star also talked 'All Stars 7,' 'Golden Girls,' and all of the dead people's phone numbers he still has in a new 'Jimmy Kimmel Live!' interview.

‘RuPaul’s Drag Race’ All Star Jaida Essence Hall on Meeting Naomi Campbell: ‘My Jaw Was in My Anus’

The season 12 winner talks returning to the competition, her love of Prince, and which artist's album she hasn't been able to stop listening to lately.

"We love the drama sometimes," Betty said about her time on the show. "And if honesty is drama, then so be it."

"My development on the show, as well as my track record, all show that I have put everything out there," the queen says.

"I have a really special drive and story to me that has pushed me through this season," Pill says. "I still have so much more to show the world."

"I feel like I represent someone who never believed in myself anywhere near enough, and then rediscovered who I am during the process," the queen says.

Every Rusical from ‘RuPaul’s Drag Race,’ Ranked Worst to Best

Judged by their general concepts, execution, music and overall impact, here is how each Rusical fared in our ranking.

"If you're doing drag to get on a TV show, you probably shouldn't be doing drag," Kennedie tells Billboard. "That is not the basis of what drag is."

Over the course of season 14, every song featured as a lip sync has seen streaming gains in the week following the episode's airing.

"I'm still not sure where I fit on the spectrum, for now I just say trans femme, but I also don't have to know now," they wrote in their post.

What lip sync makes you wonder why you're watching a crime occurring on national TV?

"This is, more than ever, the time that we need to have representation of trans people shown in a public way to gather support and let people know they're not alone."

The first straight queen cast on the show talks about how her casting caused an online debate and "a lot more negative opinions" sent her way.

Hunter chats with Billboard about being labeled the season's "trade," her runway fashion, and how a broken prop helped her lose a lip-sync.

The music icon gave the cast a pep talk prior to their "Nights of 1000 J.Los" challenge The post Watch Jennifer Lopez make her debut on ‘RuPaul’s Drag Race’ appeared first on NME.

June Jambalaya chats with Billboard about her elimination from 'Drag Race,' her love for stars like Normani & Chlöe, and why she "didn't pay too much attention" to the season's big twist.

Daya Betty chats with Billboard about her elimination from 'Drag Race,' meeting Alicia Keys, and how a viral Avril Lavigne clip best describes her aesthetic.

After being the first eliminated on season 14, Story dishes on lip-syncing for Lizzo, her original talent show idea, and why she feels the judges "did me dirty" for her runway look.

From Lil Nas X to Cher, Billboard takes a look at the stars who would make perfect additions to the judges' panel on 'RuPaul's Drag Race.'

Just What They Want

Blame It on the Edit

This is Our Country (Duet)

This is Our Country (Cast Version)

U Wear It Well (feat. The Cast of Canada's Drag Race, Season 1) [Queens of the North Ru-Mix]

The Shady Bunch / Bring Back My Girls

You're a Winner, Baby

To the Moon (Cast Version)

Category Is (feat. The Cast of Rupaul's Drag Race, Season 9)

SITTING ON A SECRET

DRAG UP YOUR LIFE

Oh No She Better Don't (feat. The Cast of Rupaul's Drag Race Season 6)

It's Not Personal (It's Drag)

Can I Get an Amen?

I Bring The Beat: Remixes

The Shade of It All (feat. The Cast of RuPaul's Drag Race)

Reading Is Fundamental (feat. The Cast of RuPaul's Drag Race)

If I Dream: Remixes

(Here It Comes) Around Again: Remixes

Theme From Drag U

Lipsync for Your Life

Jealous Of My Boogie - The RuMixes

Supermodel of the World

Supermodel (You Better Work)/House of Love