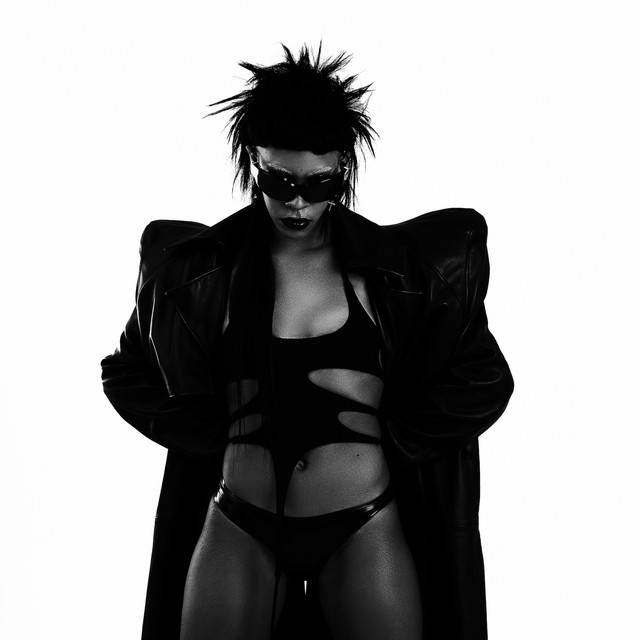 Maria-Cecilia Simone Kelly (born May 7, 1997), known professionally as Rico Nasty, is an American rapper, singer, and songwriter from Maryland. She rose to prominence in 2018 with singles such as "Smack a Bitch" and "Poppin".While in high school, Rico Nasty began self-releasing content in 2014 and had released five solo mixtapes by late 2017. She gained a local, underground following with SoundCloud singles such as "iCarly" and "Hey Arnold". After gaining wider recognition in 2018, she signed to Atlantic Records where she released her fifth mixtape, Nasty (2018). This was followed by the collaborative mixtape Anger Management (2019) with long time associate Kenny Beats. Rico Nasty's debut studio album, Nightmare Vacation, was released in December 2020. Rico's seventh mixtape, Rx, is set to release next.

"I thought it was very important to acknowledge my black people, because they’re just starting to get acknowledged in the punk space" The post Rico Nasty shares intense new track ‘Black Punk’, written “for my weirdos” appeared first on NME.

The Eric Andre Show Back for Season 6 With Guests Tinashe, Diplo, Rico Nasty, and More

Listen to 10 new must-hear songs from emerging R&B and hip-hop artists like Rico Nasty, Kay Flock and Josh Levi, all released within the past week.

It comes after the rapper shared the stage with Doja Cat over the weekend at Coachella The post Watch Rico Nasty’s trippy video for new single ‘Vaderz’ appeared first on NME.

Ahead of the release of her upcoming mixtape 'Rx,' Rico Nasty taps rising Atlanta rapper Bktherula for her latest music video and single "Vaderz."

From her forthcoming mixtape due out this summer

She also told in-the-know fans while performing an unreleased song that Mexican pizza is back on the menu The post Doja Cat joined by Rico Nasty and Tyga at ‘iconic’ Coachella set, performs unreleased song appeared first on NME.

Duke Deuce has dropped a new song and video for "Running Out of Love" featuring Dante Smith. The song follows Duke's Rico Nasty collab, "Falling Off."

The Florida artist's latest effort sees some love from the Sunshine State and beyond, with features from Robert Glasper, 6lack, Rico Nasty, J.I.D, and others.

His festival returns to Raleigh, North Carolina from April 2-3

"This is probably the worst thing that you could put up while a female rapper is performing" The post Rico Nasty says fans encouraging her to twerk on stage is “disrespectful” appeared first on NME.

Rico Nasty Explains Her Stance on Fans Encouraging Her to Twerk

Each performance will take place on a different floor of TikTok Towers The post Kali Uchis and Rico Nasty to play TikTok New Year’s Eve livestream appeared first on NME.

Feel empowered with Rico Nasty and Puma as she discusses her come up, her exceptional look and being a symbol of courage for women. Continue reading…

Rico Nasty caught up with Billboard to talk about her latest single, "Money," featuring Flo Milli, dealing with hecklers on tour, and balancing her career with motherhood.

"Rico is a gem of an artist and person" The post Megan Thee Stallion, Kehlani and more come out in support of Rico Nasty after Playboi Carti tour confession appeared first on NME.

Rico is going through it. Continue reading…

The pair have been teasing the track for several weeks The post Listen to Rico Nasty and Flo Milli’s collaborative new single ‘Money’ appeared first on NME.

Dirty (from Insecure: Music From The HBO Original Series, Season 4)