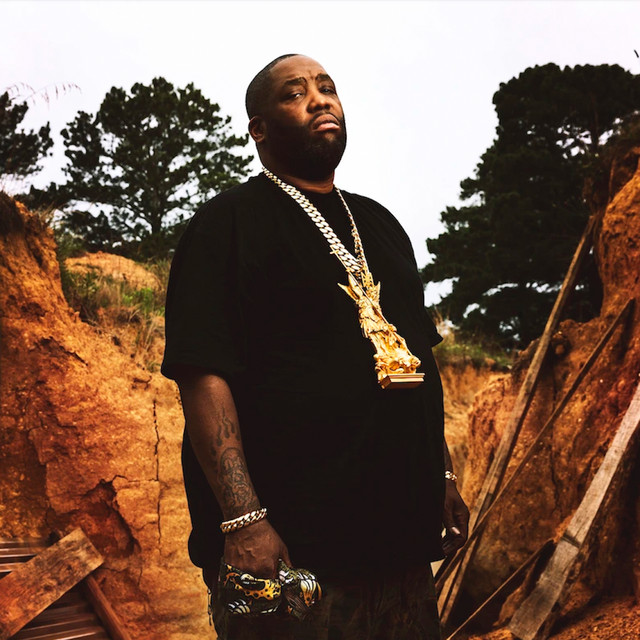 Michael Santiago Render (born April 20, 1975), better known by his stage name Killer Mike, is an American rapper, actor, and activist. Mike made his debut on Outkast's 2000 LP Stankonia, and later appeared on their Grammy-winning single "The Whole World" from their greatest hits album Big Boi and Dre Present... Outkast (2001). He has since released five full-length albums as a solo artist. He is the founder of Grind Time Official Records, which he launched through SMC and Fontana Distribution.

In December 2008, Mike signed to fellow Atlanta-based rapper T.I.'s Grand Hustle Records. In 2012, he released R.A.P. Music, produced entirely by rapper and producer El-P. Killer Mike and El-P subsequently formed the duo Run the Jewels in 2013; they were signed to Fool's Gold Records and released their self-titled debut in June of that year.

Mike is also known as a social and political activist, focusing on subjects including social inequality, police brutality, and systemic racism. In addition to addressing themes of racism and police brutality in his music, he has also delivered several lectures at colleges and universities, written about social justice topics for publications such as Billboard, and been the subject of interviews regarding police misconduct and race relations. He was a visible and vocal supporter of Bernie Sanders' 2016 U.S. presidential campaign, refusing to support Hillary Clinton after Sanders left the race, and again supporting Sanders in his 2020 presidential campaign.

Mike has appeared in films such as Idlewild, Baby Driver, and ATL. The documentary series Trigger Warning with Killer Mike, in which he explores issues in the U.S. that affect the black community, premiered on Netflix in January 2019.

Their comments are in light of a nuisance ordinance recently introduced in the city The post Killer Mike and 2 Chainz call for preservation of Black-owned Atlanta businesses appeared first on NME.

The pair shared their thoughts with City Council on Monday (Aug. 1).

Killer Mike, joined by 2 Chainz, urged the Atlanta City Council to reject a proposed ordinance they explain will impact businesses run by people of color.

It's the Run the Jewels rapper’s first solo track since 2012.

Run the Jewels rapper's first single since 2012 features Young Thug and, for its video, a monologue by Dave Chappelle

“Free Thug” is emblazoned on a flag in the track’s video. It’s Mike’s first song as solo artist since 2012’s R.A.P. Music.

Watch Killer Mike interview Jack White: “I only let out a truncated version of things I’m interested in”

The pair talked about White's new album 'Fear Of The Dawn' and the upcoming 'Entering Heaven Alive' The post Watch Killer Mike interview Jack White: “I only let out a truncated version of things I’m interested in” appeared first on NME.

What So Not announces sophomore album with new single, ‘Mr. Regular’

With the release of Ozark season four part two just a day away, Netflix unveiled a celebrity cameo for the upcoming episodes: Killer Mike.

Killer Mike on new marijuana docu-series: “I think it should be legal from day one for adult usage”

" I am pro-you make your own decisions about what you’re putting in your body from day one" The post Killer Mike on new marijuana docu-series: “I think it should be legal from day one for adult usage” appeared first on NME.

The follow-up to June 2020's 'RTJ4' is on the way The post Killer Mike says Run The Jewels have started work on their new album appeared first on NME.

The publisher now owns a considerable stake in the Run the Jewels catalog and will work Mike's future songs as well.

H.E.R., Ty Dolla $ign and Killer Mike are among the guests on the multi-faceted artist's latest project

“I encourage all to check on your mentally ill loved ones because the world my not be as understanding as me,” the rapper said The post Killer Mike’s Atlanta barbershop vandalised by “mentally disturbed” man appeared first on NME.

It is, after all, the "Number One Trilly" in the one celebration to rule them all.

El-P and Killer Mike attempt to fend off zombies in the new clip The post Watch Run The Jewels’ Night Of The Living Dead’-inspired video for ‘Never Look Back’ appeared first on NME.

Go Out On The Town

I Pledge Allegiance to the Grind II