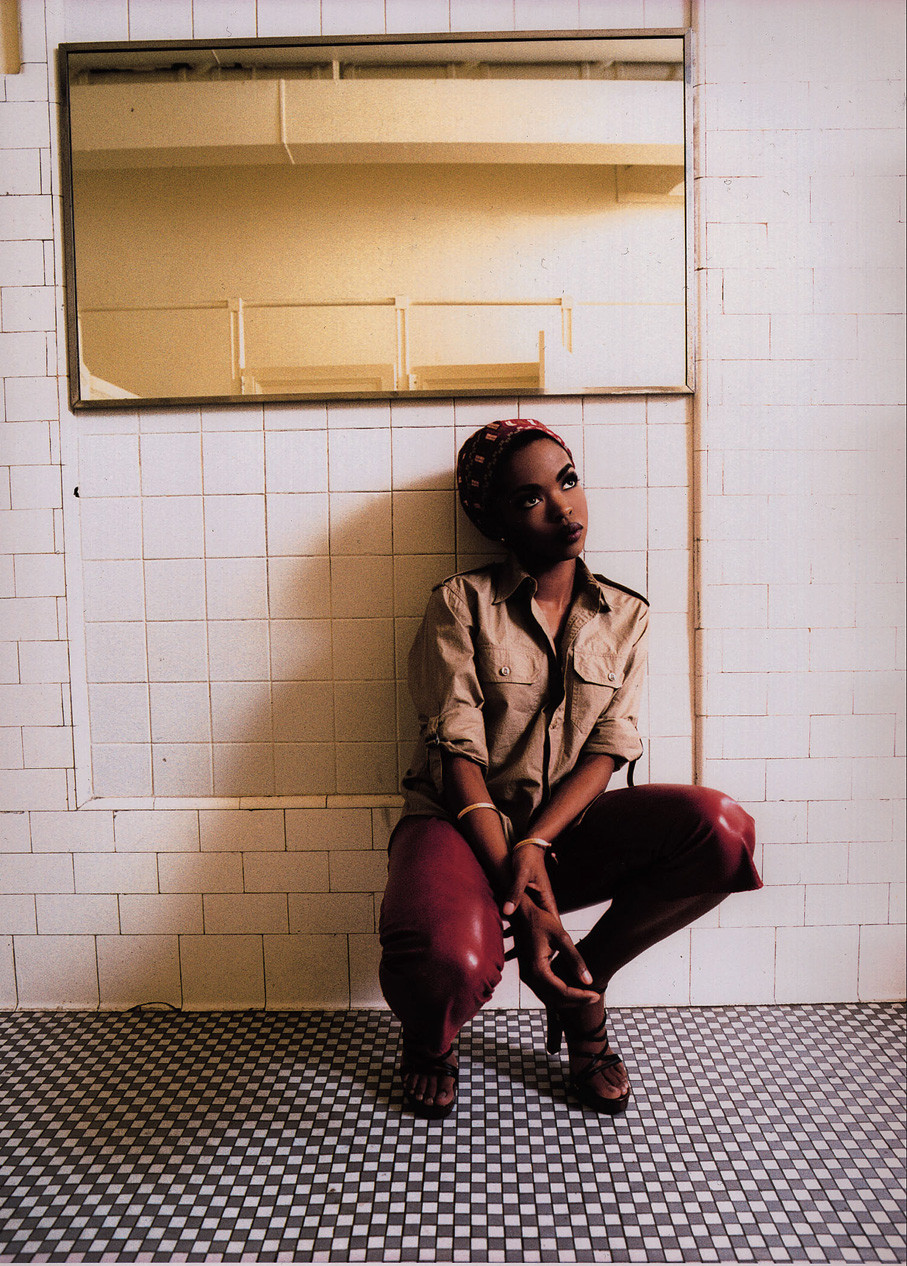 Lauryn Noelle Hill (born May 26, 1975) is an American singer, rapper, songwriter and actress. She is often regarded as one of the greatest rappers of all time, as well as being one of the most influential musicians of her generation. Hill is credited for breaking barriers for female rappers, popularizing melodic rapping and for bringing hip hop and neo soul to popular music. She is known for being a member of Fugees and her solo album The Miseducation Of Lauryn Hill (1998), which became one of the best-selling albums of all-time. Hill has won many accolades, including eight Grammy Awards, the most for a female rapper to this day.

Hill starred in the film Sister Act 2: Back in the Habit (1993). She later formed the group The Fugees, alongside Pras Michel and his cousin Wyclef Jean. The group released two albums, including The Score (1996); which spawned the hit single "Killing Me Softly", with Hill on lead vocals. It won the Grammy Award for Best Rap Album, making her the first woman to win the award. Afterwards, Hill collaborated with Nas on "If I Ruled the World (Imagine That)"; and composed "A Rose Is Still a Rose" for Aretha Franklin. Her tumultuous relationship with Jean led to the split of the band in 1997, soon after she began work on her solo album.

Hill's sole solo studio album The Miseducation Of Lauryn Hill (1998) was released to widespread acclaim. It contains the songs "Ex-Factor" and "Lost Ones". It debuted at No. 1 on the U.S. Billboard 200, with the highest first-week sales for a debut album by a woman in the 20th century. The lead single "Doo Wop (That Thing)" debuted at No. 1 on the Billboard Hot 100, and made her the first artist to have debuted at No. 1 on both the Billboard 200 and Hot 100 with their first entries, as well as the first female rapper to have reached No. 1 on each chart. At the 41st Grammy Awards, Hill set a record for the most nominations in one night for a woman, with ten; while winning five awards including Album of the Year, becoming the first hip hop artist to win the award. The album was later selected for the Library of Congress' National Recording Registry. Ultimately she dropped out of the public eye, dissatisfied with the music industry and suffering from the pressures of fame. In 2002, Hill released the new-material live album MTV Unplugged No. 2.0, which was certified platinum by the RIAA.

Hill's subsequent activity has included festival appearances and periodically releasing songs. In 2015, Billboard ranked her seventh on their "10 Best Rappers of All Time" list, with Hill being the only woman on the list. Consequence of Sound named her one of the 100 Greatest Singers of All Time. Hill has earned several Guinness World Records, including one for being the first female rapper to earn a Diamond-certification by RIAA. She has appeared on Rolling Stone's 500 Greatest Songs and Albums list, as a soloist and a member of the Fugees. Hill has received the NAACP's President's Award, and has been inducted into the Black Music & Entertainment Walk of Fame.

She surprised fans with “Killing Me Softly,” “How Many Mics,” “Fu-Gee-La,” and “Ready or Not”

“Greed often perverts the creative intentions of young dreamers who don’t realize they’re up against a system with a history of using and crushing people who don’t comply with their agenda.”

Lil Nas X, Bad Bunny, Lizzo and Cardi B, Little Simz, Wye Oak, Yendry, and others also made some of the former President’s favorite music of the year

Guarding The Gates (From "Queen & Slim: The Soundtrack")

Black Is the Color of My True Love's Hair

The Miseducation of Lauryn Hill