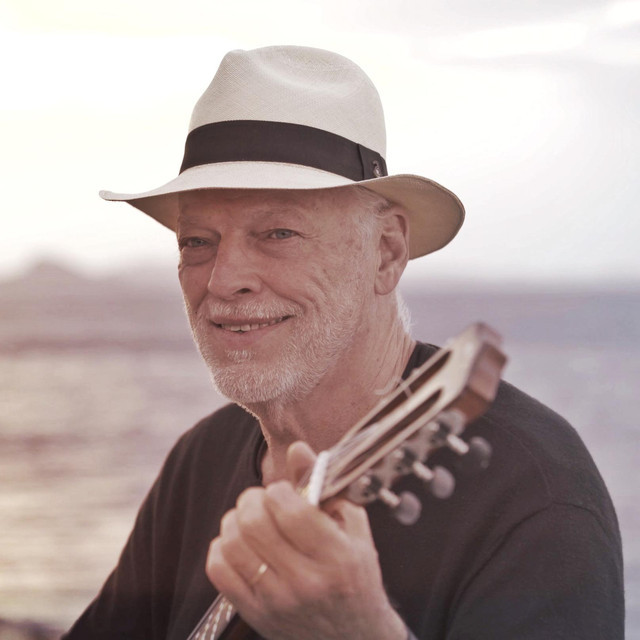 David Jon Gilmour ( GHIL-mor; born 6 March 1946) is an English guitarist, singer, songwriter and member of rock band Pink Floyd. He joined as guitarist and co-lead vocalist in 1967, shortly before the departure of founding member Syd Barrett. Pink Floyd achieved international success with the concept albums The Dark Side of the Moon (1973), Wish You Were Here (1975), Animals (1977), The Wall (1979), and The Final Cut (1983). By the early 1980s, they had become one of the highest-selling and most acclaimed acts in music history; by 2012, they had sold more than 250 million records worldwide, including 75 million in the United States. Following the departure of Roger Waters in 1985, Pink Floyd continued under Gilmour's leadership and released three more studio albums.

Gilmour has produced a variety of artists, such as the Dream Academy, and has released four solo studio albums: David Gilmour, About Face, On an Island, and Rattle That Lock. He is also credited for bringing the singer-songwriter Kate Bush to public attention. As a member of Pink Floyd, he was inducted into the US Rock and Roll Hall of Fame in 1996, and the UK Music Hall of Fame in 2005. In 2003, Gilmour was made a Commander of the Order of the British Empire (CBE). He was awarded with the Outstanding Contribution title at the 2008 Q Awards. In 2011, Rolling Stone ranked him number 14 in their list of the greatest guitarists of all time. He was also voted number 36 in the greatest voices in rock by Planet Rock listeners in 2009.Gilmour has taken part in projects related to issues including animal rights, environmentalism, homelessness, poverty, and human rights. He has married twice and is the father of eight children.

"Obviously, we want to spread this message of peace," Gilmour says, "and we want to raise the morale of the people who are defending their homeland there in Ukraine"

The band said they "stand with the world in strongly condemning Russia's invasion of Ukraine" The post Pink Floyd and David Gilmour remove music from streaming services in Russia, Belarus appeared first on NME.

Pink Floyd’s music from 1987 to the present, as well as Gilmour’s solo catalog, are being pulled in solidarity with Ukraine

If a second Oldchella happens, might the organizers finally reunite the Kinks? How about Fleetwood Mac with Lindsey Buckingham or Billy Joel and Elton John?

Guitars used by Amy Winehouse, U2’s The Edge and more sell for over $5million at auction

The auction included guitars used by Eric Clapton, Pink Floyd's David Gilmour and more The post Guitars used by Amy Winehouse, U2’s The Edge and more sell for over $5million at auction appeared first on NME.

The band's 1987 album 'A Momentary Lapse Of Reason', the first after Roger Waters left the band, will be reissued next month The post David Gilmour shares ‘Yet Another Movie’ demo ahead of Pink Floyd reissue appeared first on NME.

Finished version of song appeared on band's A Momentary Lapse of Reason album, which will be reissued next month

Yes, I Have Ghosts