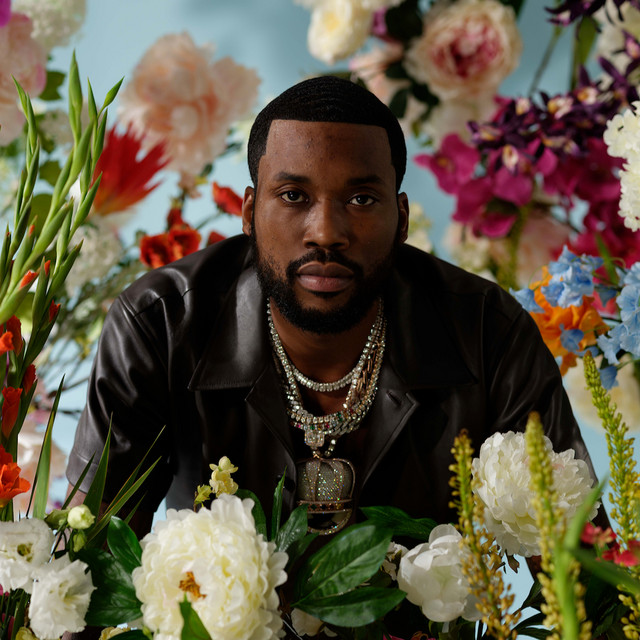 Robert Rihmeek Williams (born May 6, 1987), known professionally as Meek Mill, is an American rapper. Born and raised in Philadelphia, he embarked on his music career as a battle rapper, and later formed a short-lived rap group, The Bloodhoundz. In 2008, Atlanta-based rapper T.I. signed Meek Mill to his first record deal. In February 2011, after leaving Grand Hustle Records, Mill signed with Miami-based rapper Rick Ross's Maybach Music Group (MMG). Mill's debut album, Dreams and Nightmares, was released in 2012 under MMG and Warner Bros. Records. The album, preceded by the lead single "Amen" (featuring Drake), peaked at number two on the U.S. Billboard 200.

In October 2012, Mill announced the launch of his own label imprint, Dream Chasers Records, named after his mixtape series. Meek Mill often collaborates with MMG label-mates; he has made notable appearances on MMG's Self Made compilation series, with his first two singles, "Tupac Back" (featuring Rick Ross) and "Ima Boss" (featuring Rick Ross), being included on volume one. He released his second album, Dreams Worth More Than Money, in 2015 and his third album, Wins & Losses, in 2016. His fourth studio album, Championships, was released in November 2018 and debuted at the top of the Billboard 200 chart. Its lead single, "Going Bad" (featuring Drake), peaked at number six on the Billboard Hot 100, marking Mill's highest charting single to date. Meek's fifth album, Expensive Pain, was released on October 1, 2021.

In November 2017, he was sentenced to two to four years in prison for violating parole, before being released while his trial continues after serving five months. In August 2019, a documentary series about his battle with the criminal justice system, Free Meek, was released on Amazon Prime Video. Mill served as executive producer on the series alongside fellow rapper Jay-Z. The two also became the co-founders of nonprofit organization Reform Alliance, which focuses on justice, parole, and probation reform.

The South Philly native joined the Phillie Phanatic on his ATV

Grammy nominated and multi platinum recording artist, Lil Baby sat down with Speedy Morman recently to discuss his upcoming album "It's Only Me" and many other

Meek Mill on Kanye West: 'It’s Like You Hate Your Own People'

In a post shared on his Instagram Story, rapper Meek Mill has given his thoughts on Kanye West amid his “White Lives Matter” t-shirt controversy.

The legislation, AB 2799, will limit prosecutors' use of rap lyrics during court proceedings. California rappers participated in the signing ceremony via Zoom.

DaBaby claimed he's being "blackballed" amid weak sales projections for 'Baby on Baby 2,' his new effort that's expected to move 16,000 units in its first week.

The rapper's Philadelphia peers, like Questlove and Tierra Whack, also shared tributes after he was shot and killed in Los Angeles

Meek Mill's 2012 album and its still-ubiquitous intro track will turn 10 years young in October, and Meek has his eyes on a unique way of celebrating.

Jay-Z Addresses Meek Mill’s Split With Roc Nation on DJ Khaled’s ‘God Did’: ‘Me and Meek Could Never Beef’

“Me and Meek could never beef, I freed that n***a from a whole bid," Jay-Z raps in a showstopping four-minute verse on the title track of DJ Khaled's album.

DJ Drama on the Drake vs. Meek Mill Beef: 'Everybody Did Something Wrong'

The Generation Now co-founder reflected on the since-squashed beef while speaking to Rory and Mal: 'Everybody played a role in how it went down.'

Meek Mill Offers $10M Bet to ‘Corporate’ Industry People Who Doubted Him: ‘Y’all Said I Was Over at Least 5 Times’

Meek Mill says he's found out recently that some industry people had been doubting him behind closed doors, despite such people being "washed."

The partnership will focus on Meek's Culture Currency initiative, which aims to expand his business as well as support his growing network of talent.

Meek Mill Partners With WME, Will Be Represented In All Areas

"This partnership will provide an important pipeline for WME to support future cultural influencers and to provide Meek with another platform to continue building his business."

Meek Mill Plans to Drop 10 New Mixtapes, Says He Has ‘A Million Behind Every Project’ Thanks to ‘Sponsors'

Fresh off parting ways with Jay-Z’s Roc Nation Management, which had overseen the Philadelphia rapper’s career since 2012, Meek Mill is teasing new music.

Meek Mill Clarifies Roc Nation Management Departure: ‘We Came to That Agreement Together’

"I’m personally handling my own business so I can take risk and grow," the rapper tweeted Monday.

The rapper first paired with Roc Nation in 2012.

"He ain't just doing that s--t for anybody," Savage said of Jigga.

21 said Meek informed Jay about his 2019 arrest; Hov then connected 21 to a lawyer, who ultimately helped the rapper get out of an immigration detention center.

Following Elon Musk’s $44 billion Twitter buyout, rapper Meek Mill has asked the Tesla founder if there’s any room for him to get in on the action.

Meek Mill Criticizes Emphasis Placed on First Week Numbers: ‘What Does That Do for the Artist?’

Meek Mill has been critical of industry practices in the past, including back in February when he went public with his issues with Atlantic.

The run of shows kicks off on April 9

"I’m proud to play a small role in bringing it back," Jay says in a statement.

If passed, prosecutors would be required to provide "clear and convincing evidence" that lyrics cited as evidence are "literal, rather than figurative or fictional" The post Jay-Z, Meek Mill and more push for law that would stop New York prosecutors using rap lyrics as evidence appeared first on NME.

The gift will help thousands of students in more than 110 schools pay for tuition.

Meek opens up about his sex life. Continue reading…

Legends of the Summer

Dreams Worth More Than Money

Off the Corner (feat. Rick Ross)