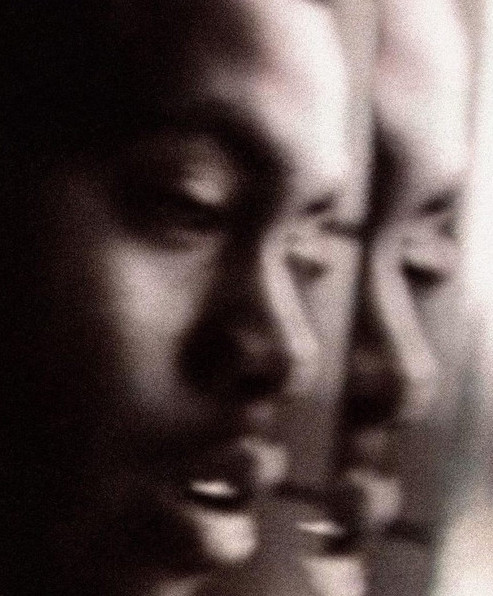 Nasir bin Olu Dara Jones (; born September 14, 1973), better known by his stage name Nas (), is an American rapper and businessman. Rooted in East Coast hip hop, he is regarded as one of the greatest and most influential rappers of all time.The son of jazz musician Olu Dara, Jones's musical career began in 1989 as he adopted the moniker of "Nasty Nas" and recorded demos for Large Professor. He was a featured artist on Main Source's "Live at the Barbeque" (1991), also produced by Large Professor. Nas's debut album Illmatic (1994) received universal acclaim upon release, and is considered to be one of the greatest hip hop albums of all time; in 2021, the album was inducted into the Library of Congress's National Recording Registry. His second album It Was Written (1996) debuted atop the Billboard 200 and charted for four consecutive weeks; the album, along with its single "If I Ruled the World (Imagine That)" (featuring Lauryn Hill), catapulted Nas into international success. Both released in 1999, Nas's albums I Am and Nastradamus were criticized as inconsistent and too commercially oriented, and critics and fans feared that his output was declining in quality.

From 2001 to 2005, Nas was involved in a highly publicized feud with Jay-Z, popularized by the diss track "Ether". It was this feud, along with Nas's albums Stillmatic (2001), God's Son (2002), and the double album Street's Disciple (2004), that helped restore his critical standing. After squashing the feud, Nas signed to Jay-Z's Def Jam Recordings in 2006 and went in a more provocative, politicized direction with the albums Hip Hop Is Dead (2006) and his untitled 9th studio album (2008). In 2010, Nas released Distant Relatives, a collaboration album with Damian Marley, donating all royalties to charities active in Africa. His 10th studio album, Life Is Good (2012), was nominated for Best Rap Album at the 55th Annual Grammy Awards. After receiving thirteen nominations, his 12th studio album, King's Disease (2020), won him his first Grammy for Best Rap Album at the 63rd Annual Grammy Awards; he then followed it by releasing his 13th studio album, King's Disease II (2021), as the album's sequel. In the same year, his 14th studio album, Magic, was released on Christmas Eve.

In 2012, The Source ranked him second on their list of the "Top 50 Lyricists of All Time". In 2013, Nas was ranked 4th on MTV's "Hottest MCs in the Game" list. About.com ranked him first on their list of the "50 Greatest MCs of All Time" in 2014, and a year later, Nas was featured on the "10 Best Rappers of All Time" list by Billboard. He is also an entrepreneur through his own record label; he serves as associate publisher of Mass Appeal magazine and the co-founder of Mass Appeal Records.

Nas has released fourteen studio albums since 1994, ten of which are certified gold, platinum or multi-platinum in the U.S.

Vogue World will take place during NYFW and will feature a runway show presenting the publication's favorite pieces from the fall 2022 collections.

This is the first time a video by either artist has reached the milestone.

Lil Nas X heaps praise on Beyoncé’s ‘Renaissance’: “So much intention was put into this”

Filed under “collaborations that need to happen ASAP” The post Lil Nas X heaps praise on Beyoncé’s ‘Renaissance’: “So much intention was put into this” appeared first on NME.

The "Industry Baby" rapper is definitely part of the BeyHive.

The rapper channeled the actress' classic 'Seven Year Itch' look with his own billowing white outfit.

The new cover comes after a busy month of festival dates and touring for the U.K. pop project.

Olly Alexander has hailed X as a "king" The post Years & Years share stripped-back cover of Lil Nas X’s ‘Montero (Call Me By Your Name)’ appeared first on NME.

The five-track EP kicks off Mass Appeal's 'The Soundtrack' series, a collection of 10 curated projects that celebrate 50 years of hip-hop culture.

Mass Appeal is celebrating 50 years of hip-hop with 'The Soundtrack,' a series of EPs comprised of new music from some of the genre’s defining producers.

DJ Premier took to Twitter this week to tease a forthcoming release with his frequent collaborator Nas, which the legendary producer says is coming July 15.

After ‘Old Town Road,’ Lil Nas X Says He Doesn’t Want to ‘Milk Any of My Songs Like That Again’

The Grammy winner explained that extending his music's rollout "takes the fun out of creating new things."

The Art of Stillz: The Elusive Creative Visionary Talks About His Most Memorable Videos

Known for his work with Bad Bunny, Lil Nas X, and Rosalia, Stillz is one of the most in-demand video directors in the game

Of the news, David Crosby said: “I don’t own it now and the people who do are in business to make money" The post Crosby, Stills & Nash’s music returns to Spotify appeared first on NME.

Fresh off dissing BET on his new single "Late to da Party," Lil Nas X gave a statement about his protracted "painful" relationship with the network.

Lil Nas X: “My relationship with BET has been painful and strained for quite some time”

The rapper and his team allege certain producers from the network were "upset" by his performance at the 2021 ceremony, in which he kissed one of his backup dancers The post Lil Nas X: “My relationship with BET has been painful and strained for quite some time” appeared first on NME.

“They did let me perform on their show last year, but only after giving assurances that I was not a devil worshiper, and that my performance would be appropriate for their audience," rapper says

How the BET Awards Are Responding to Lil Nas X, Celebrating Diddy & Leaning ‘Into the Music’

If you could only choose one of these songs or albums to keep on repeat all weekend, who would it be?

This week, Taylor Swift visits the spot where the crawdads sing, Lil Nas X has some thoughts on an awards snub, and BTS’ Jungkook and Charlie Puth team up for new song ‘Left and Right.’

In case anyone was wondering who Lil Nas X thinks is "late to da party," now we know.

It Was Written (Expanded Edition)

Fallen Stars Flying (Original Song From Between The World And Me)

Illmatic: Live from the Kennedy Center with the National Symphony Orchestra

On the Road Again (Music from The American Epic Sessions)