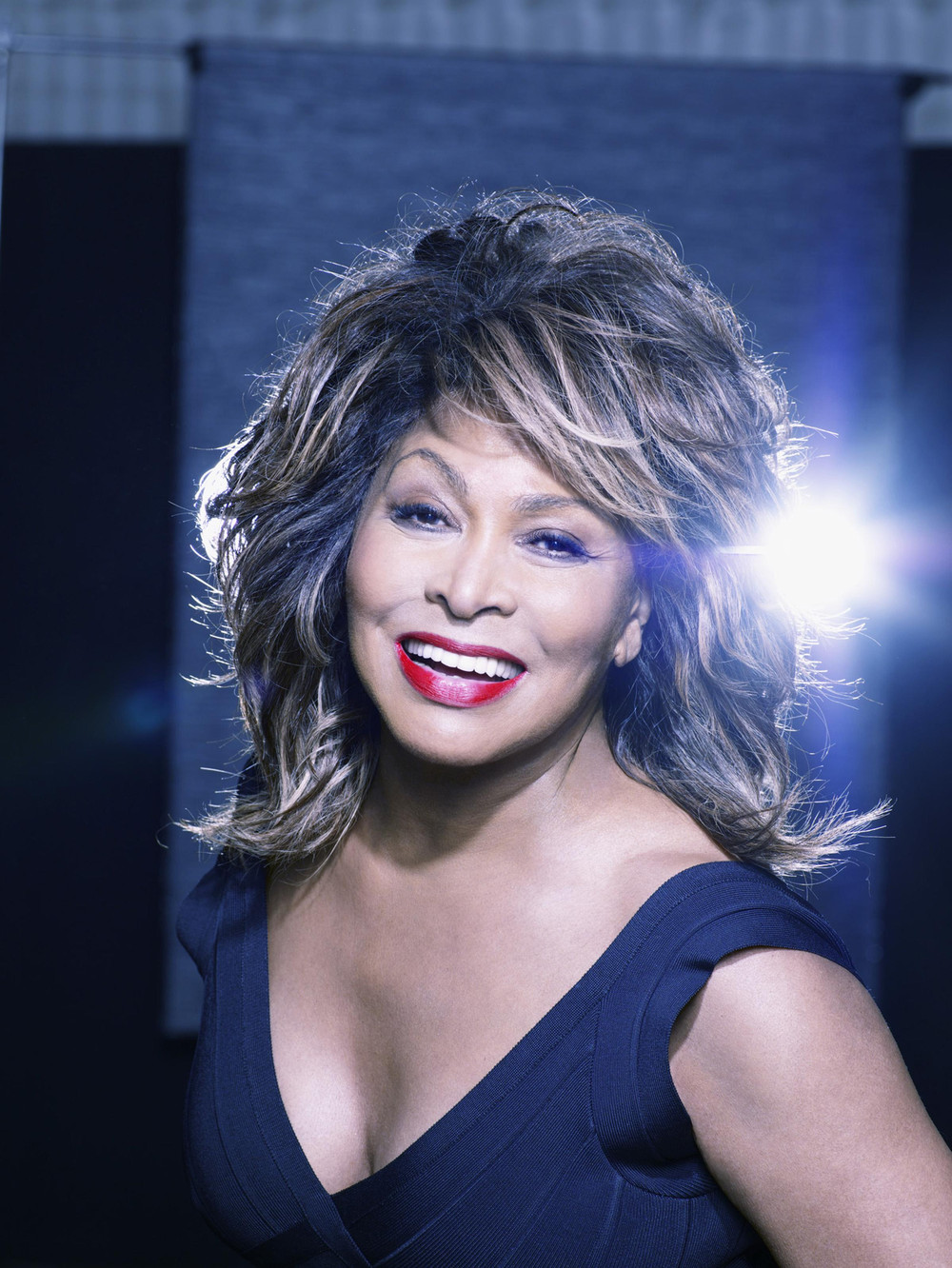 Tina Turner (born Anna Mae Bullock; November 26, 1939) is an American-born Swiss singer and actress. Widely referred to as the "Queen of Rock 'n' Roll", she rose to prominence as the lead singer of the Ike and Tina Turner Revue before launching a successful career as a solo performer.

Turner began her career with Ike Turner's Kings of Rhythm in 1957. Under the name Little Ann, she appeared on her first record, "Boxtop", in 1958. In 1960, she debuted as Tina Turner with the hit duet single "A Fool in Love". The duo Ike & Tina Turner became "one of the most formidable live acts in history". They released hits such as "It's Gonna Work Out Fine", "River Deep – Mountain High", "Proud Mary", and "Nutbush City Limits" before disbanding in 1976.

In the 1980s, Turner launched "one of the greatest comebacks in music history". Her 1984 multi-platinum album Private Dancer contained the hit song "What's Love Got to Do with It", which won the Grammy Award for Record of the Year and became her first and only No.1 on the Billboard Hot 100. At age 44, she was the oldest female solo artist to top the Hot 100. Her chart success continued with "Better Be Good to Me", "Private Dancer", "We Don't Need Another Hero (Thunderdome)", "Typical Male", "The Best", "I Don't Wanna Fight", and "GoldenEye". During her Break Every Rule World Tour in 1988, she set a then-Guinness World Record for the largest paying audience (180,000) for a solo performer. Turner also acted in the films Tommy (1975), Mad Max Beyond Thunderdome (1985), and Last Action Hero (1993). In 1993, What's Love Got to Do with It, a biopic adapted from her autobiography I, Tina: My Life Story, was released. In 2009, Turner retired after completing her Tina!: 50th Anniversary Tour, which is the 15th highest-grossing tour of the 2000s. In 2018, she became the subject of the jukebox musical Tina.

Having sold over 100 million records worldwide, Turner is one of the best-selling recording artists of all time. She has received 12 Grammy Awards, which include eight competitive awards, three Grammy Hall of Fame awards, and a Grammy Lifetime Achievement Award. She is the first black artist and first female to be on the cover of Rolling Stone. Rolling Stone ranked her among the 100 Greatest Artists of All Time and the 100 Greatest Singers of All Time. Turner has a star on the Hollywood Walk of Fame and the St. Louis Walk of Fame. She is a two-time inductee into the Rock and Roll Hall of Fame, with Ike Turner in 1991 and as a solo artist in 2021. She is also a 2005 recipient of the Kennedy Center Honors and Women of the Year award.

She Sang ‘Gimme Shelter’ With the Rolling Stones. Then ‘Tina’ Producers Fired Her for It

Chanel Haynes was the star of the Tina Turner musical when she was recruited to guest with the Stones. Now she’s “speechless” over losing her job because of it

Primal Scream members sell 50 per cent of their song rights

They follow the likes of Mick Fleetwood and Tina Turner in selling the rights to their music The post Primal Scream members sell 50 per cent of their song rights appeared first on NME.

The estate has 10 buildings, as well as a pond, stream, swimming pool and boat dock.

'Summer of Soul,' which is a Grammy nominee for best music film, is also vying for an Oscar nod.

They were joined by Paul Young, Bryan Adams, Eric Clapton, Midge Ure, and John Mellencamp at this 1986 charity show

Bryan Adams made a last-minute exit from Saturday’s (Oct. 30) Rock and Roll Hall of Fame induction ceremony after testing positive for COVID-19.

Keith Urban is a last-minute sub for Bryan Adams on a duet of "It's Only Love" with H.E.R.

"For Tina, hope triumphed over hate. Faith won over fear. And ambition eclipsed adversity," said the actress, who played Turner in What's Love Got to Do With It

Drew Barrymore will induct the Go-Go’s, and Angela Bassett will honor Tina Turner at the ceremony

Tina Turner sells back catalogue for a reported £225million

It's the largest deal ever done with a single artist by publisher BMG The post Tina Turner sells back catalogue for a reported £225million appeared first on NME.

The new EP is dedicated to Tina Turner, "a hero of all of ours" The post Margo Price announces new live EP and performs ‘Hey Child’ on ‘Colbert’ appeared first on NME.

Hear demo version of "The Best" from four-CD/one-DVD edition of 1989 LP, due out July 16th

Dave Grohl on Foo Fighters’ Rock & Roll Hall of Fame nod: “I don’t think any of us ever imagined this would happen”

The band will be inducted this year alongside the likes of Jay-Z, Tina Turner, Todd Rundgren and more The post Dave Grohl on Foo Fighters’ Rock & Roll Hall of Fame nod: “I don’t think any of us ever imagined this would happen” appeared first on NME.

The ceremony will take place in October The post Foo Fighters, Jay-Z and Tina Turner inducted into the Rock & Roll Hall Of Fame appeared first on NME.

On the heels of her big win, Symone shared an exclusive playlist with Billboard, filled with some of her all-time favorite songs from Beyoncé, Tina Turner, Lady Gaga and more.

HBO’s Tina reframes the rock icon’s life as one of improbable glory, even as it echoes the traumatic press cycle that’s followed her for decades.

Tina, the upcoming feature documentary about music icon Tina Turner from the same team behind Searching for Sugar Man, has been picked up by HBO for the U.S.

Foo Fighters, Jay-Z and Kate Bush among finalists for Rock and Roll Hall of Fame 2021

The likes of Iron Maiden, Tina Turner and Carole King are also up for the prestigious honour The post Foo Fighters, Jay-Z and Kate Bush among finalists for Rock and Roll Hall of Fame 2021 appeared first on NME | Music, Film, TV, Gaming & Pop Culture News.

Be Tender With Me Baby (The Singles)

I Don’t Wanna Lose You (The Singles)

Look Me in the Heart (The Singles)

Stronger Than The Wind (2021 Remaster)

What's Love Got to Do with It

What's Love Got to Do with It (Symphonic Version)

What's Love Got to Do with It (Karaoke Version)

When the Heartache Is Over

What's Love Got to Do with It?

The Best (The Singles)