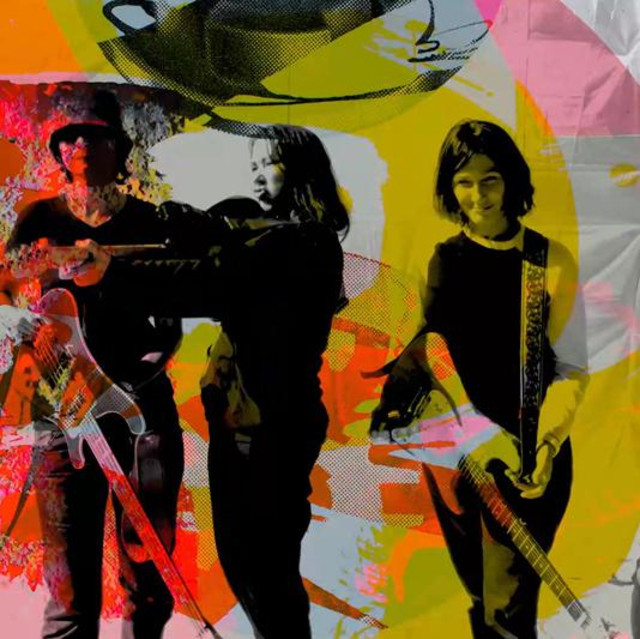 The earliest incarnation of the band was formed by Kim Deal and Tanya Donelly in 1989 as a side-project alongside their full-time bands Pixies and Throwing Muses respectively. To record their debut album, 1990's Pod, Deal and Donelly recruited bassist Josephine Wiggs of The Perfect Disaster and drummer Britt Walford of Slint. Kim's sister Kelley was brought into the band as a third guitarist (though at the time, Kelley famously had never played guitar before joining the band) in 1992 to record the Safari EP, and shortly thereafter Tanya Donelly left to concentrate full-time on her own new band, Belly, leaving Kelley Deal as the sole lead guitarist, while Britt Walford left as well around the same time. While the band's first record wasn't initially a commercial success, the band had developed a following among indie rock fans and praises from people such as Nirvana frontman Kurt Cobain, who cited Pod as one of his all-time favorite albums, the band prepared to record their next album.

In 1993, the Pixies broke up, leaving Deal to concentrate on The Breeders as her full-time band. Kim recruited local Dayton, Ohio musician Jim Macpherson (previously a member of Dayton indie rock band The Raging Mantras) to replace the recently departed Walford on drums, cementing the Breeders' best-known line-up. The band's most commercially successful album, Last Splash, was released in 1993 in the midst of the early 1990s alternative rock boom. The album went on to be certified platinum by the RIAA, and is best known for its hit single "Cannonball".A year after the success of Last Splash, drug and alcohol issues forced the band into hiatus in 1994, while both the Deal sisters did separate stints in rehab in the following years. During the band's hiatus, Kim Deal formed the short-lived alternative rock band The Amps, recording a single album, Pacer, in 1995. In the late 1990s, Kim and Kelley reformed The Breeders with a new line-up (including members of the band Fear) and released two more albums, Title TK in 2002 and Mountain Battles in 2008. In 2013, Kim and Kelley had announced that the "classic" line-up (including Josephine Wiggs and Jim Macpherson) had reunited for the first time since the 1990s for a new series of tours celebrating the 20th anniversary of the band's hit album Last Splash. They released their fifth album All Nerve in 2018, the "classic" Breeders line-up's first full-length album together since 1993's Last Splash.

Wait in the Car