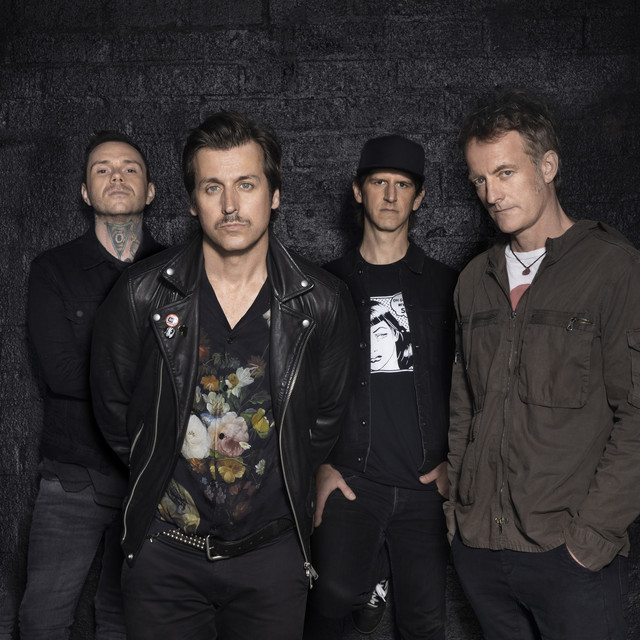 Our Lady Peace (sometimes shortened to OLP) is a Canadian rock band formed in Toronto, Ontario in 1992. Led by lead vocalist Raine Maida since its formation, the band currently also features Duncan Coutts on bass, Steve Mazur on guitars, and Jason Pierce on drums. The band has sold several million albums worldwide, won four Juno Awards, and won ten MuchMusic Video Awards—the most MMVAs ever awarded to a band (tied with Billy Talent). Nineteen of their singles have reached the Top 10 on one of Canada's singles charts (those being the overall Singles Chart, the Rock Chart and the Alternative Rock Chart). Between 1996 and 2016, Our Lady Peace was the third best-selling Canadian band and the ninth best-selling Canadian artist overall in Canada.Our Lady Peace has released ten studio albums, one live album, and two compilation albums, with their debut album, 1995's Naveed, having reached quadruple platinum in Canada. Naveed contains their breakthrough single, "Starseed", which peaked in the Top 10 on both the US Mainstream and Alternative Rock Tracks charts, and the title track, which reached No. 4 on Canada's Alternative Rock Chart. Their 1997 album, Clumsy, which reached No. 1 in Canada, is considered their signature and most widely recognized work. Clumsy was certified as Diamond in sales in Canada with its title track reaching No. 1 on Canada's Singles Chart and its lead single, "Superman's Dead", reaching No. 2 on Canada's Alternative Rock Chart. The album was certified platinum in sales in the US with the title track peaking at No. 5 on the US Alternative Rock chart. OLP's 1999 album, Happiness... Is Not a Fish That You Can Catch, also reached No. 1 in Canada and was certified triple platinum there. Its singles "One Man Army" and "Is Anybody Home? reached Nos. 1 and 2 on Canada's Alternative Rock Chart. The band's first four albums are often praised for their unique sound and style, with singer Maida being called "erratic" and "truly unrivaled" as a vocalist.

Their fifth album, Gravity (2002), is considered to be a "radical departure" from OLP's distinctive style. Maida has confirmed the change, calling Gravity "vastly different" from their previous records. Gravity reached No. 2 in Canada, where it became the group's fifth straight (and last) double platinum seller, with its "Somewhere Out There" and "Innocent" songs reaching No. 1 and 2, respectively, on Canada's Singles Chart. Gravity was their highest charting album in the United States, reaching No. 9 on the strength of "Somewhere Out There" being their most successful single on the US Hot 100 (No. 26) and reaching No. 7 on the US Alternative Rock Chart. Their 2005 album Healthy in Paranoid Times also peaked at No. 2 in Canada and went platinum in sales.

Having released three studio albums with only moderate success between 2009 and 2018, their sequel album Spiritual Machines 2 was released in 2021. The album's first single, "Stop Making Stupid People Famous" (feat. Pussy Riot), was released in June 2021.

All You Did Was Save My Life

A Decade (with bonus tracks)

Happiness...Is Not A Fish That You Can Catch

Happiness...Is Not a Fish That You Can Catch