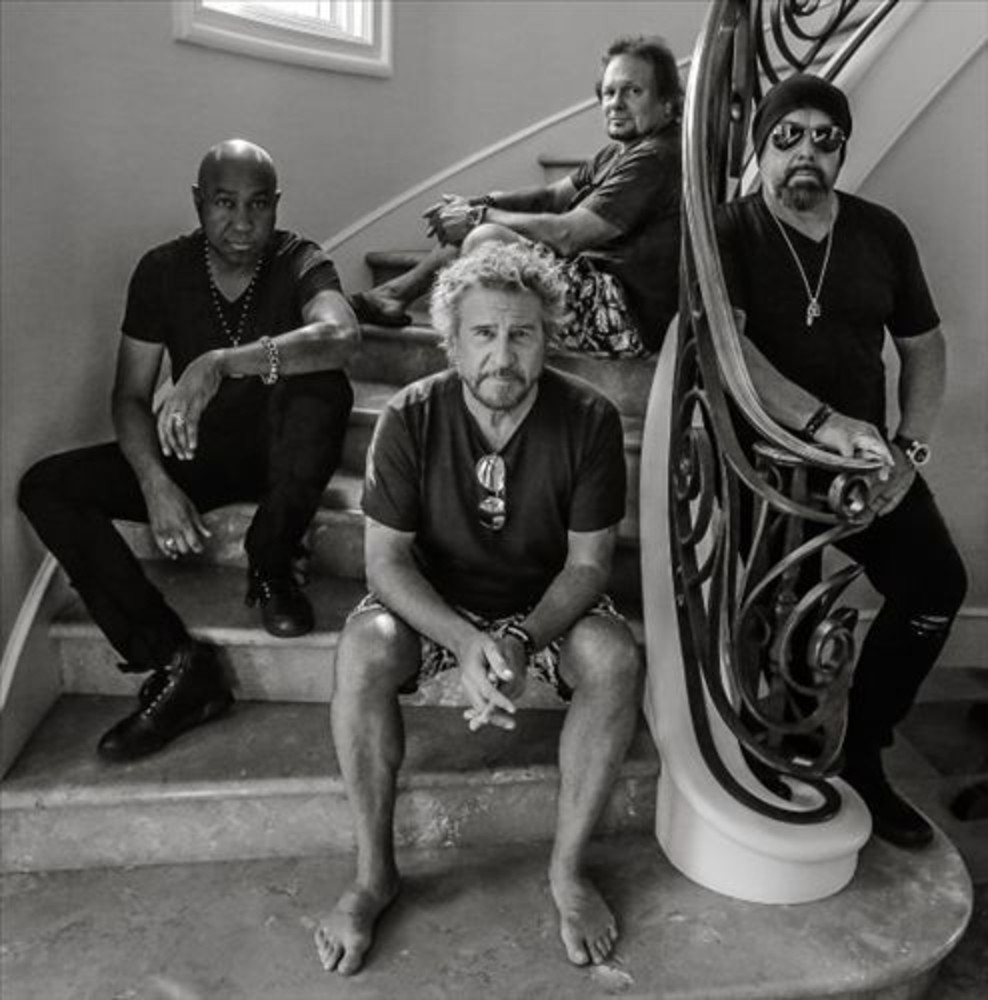 Samuel Roy Hagar (born October 13, 1947), also known as The Red Rocker, is an American singer, songwriter, and guitarist. He rose to prominence in the early 1970s with the hard rock band Montrose and subsequently launched a successful solo career, scoring a hit in 1984 with "I Can't Drive 55". He enjoyed commercial success when he replaced David Lee Roth as the second lead vocalist of Van Halen in 1985, but left in 1996. He returned to the band from 2003 to 2005. On March 12, 2007, Hagar was inducted into the Rock and Roll Hall of Fame as a member of Van Halen. His musical style primarily consists of hard rock and heavy metal.Also a businessman, Hagar founded the Cabo Wabo tequila brand and restaurant chain, as well as Sammy's Beach Bar rum. His current musical projects include being the lead singer of Chickenfoot and Sammy Hagar and the Circle. Hagar also is the host of Rock & Roll Road Trip with Sammy Hagar on Mark Cuban's cable network AXS TV.

Bottoms Up! 8 Musician-Owned Liquor & Non-Alcoholic Drink Brands to Put on Your Radar

From Bruno Mars to Sammy Hagar, we've rounded up a list of musician-owned alcohol brands, non-alcoholic beverages, and drink collabs you should know.

The Red Rocker, who's about to turn 75, recorded the LP with Nashville producer Dave Cobb

The band filled in for the Foo Fighters at last week's Beale Street Music Festival The post Sammy Hagar And The Circle cover ‘My Hero’ to honour Taylor Hawkins appeared first on NME.

Tour: Sammy Hagar and the Circle Are Ready for ‘Crazy Times’ This Summer

The summer amphitheater tour kicks off on June 10

"You don’t keep a band together without a lot of bumps" The post Joe Perry says Aerosmith considered replacing Steven Tyler with Sammy Hagar appeared first on NME.

"I apologise from the bottom of my heart" The post Sammy Hagar apologises for exposing Eddie Van Halen’s “dark side” in memoir appeared first on NME.

Did Van Halen Have a Fourth Singer? Mitch Malloy Tells His Story

Mitch Malloy tells all about his (very brief) time with Van Halen, after Sammy Hagar and before Gary Cherone

Pump It Up / Crazy Times

This Is Sammy Hagar: When the Party Started, Volume 1

This Is Sammy Hagar: When The Party Started Vol. 1

At Your Service (Live)

Nine On A Ten Scale