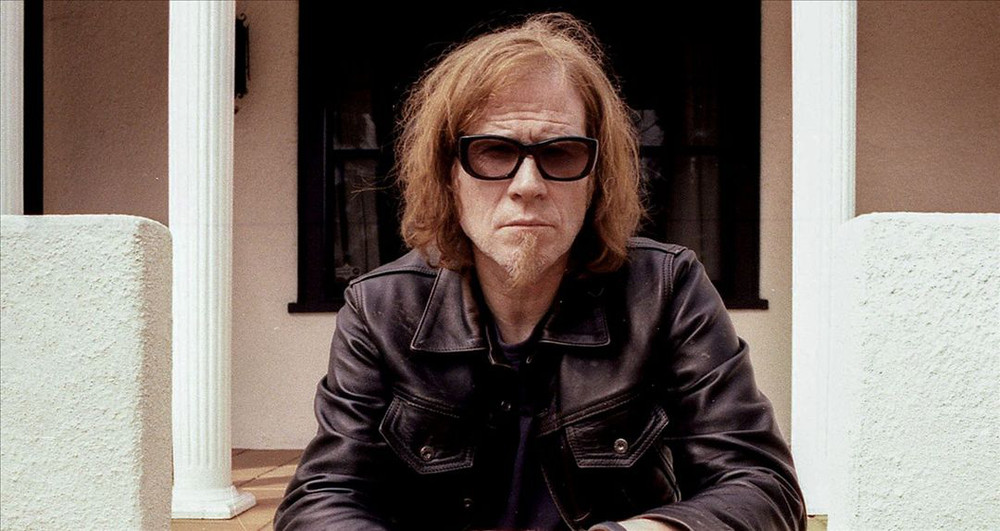 Mark William Lanegan (November 25, 1964 – February 22, 2022) was an American singer and songwriter. First becoming prominent as the lead singer for the early grunge band Screaming Trees, he was also known as a member of Queens of the Stone Age and The Gutter Twins. He released 12 solo studio albums, as well as three collaboration albums with Isobel Campbell and two with Duke Garwood. Lanegan was known for his baritone voice, which was described as being "as scratchy as a three-day beard yet as supple and pliable as moccasin leather and has been compared to Tom Waits, Leonard Cohen and Nick Cave."Lanegan began his musical career in 1984 as the frontman of the alternative band Screaming Trees, with whom he released seven studio albums and five EPs before their disbandment in 2000. During his time with the band, he also started a solo career and released his first solo studio album, The Winding Sheet, in 1990. He subsequently released a further ten solo albums, which received critical recognition but only moderate commercial success. Following the end of Screaming Trees, he became a frequent collaborator of Queens of the Stone Age, and was a fulltime member between 2001 and 2005 during the Songs for the Deaf and Lullabies to Paralyze eras.

Lanegan collaborated with various artists throughout his career. In the 1990s, he recorded an unreleased album of Lead Belly covers with Kurt Cobain of Nirvana, and joined Layne Staley of Alice in Chains and Mike McCready of Pearl Jam in the band Mad Season. He formed the alternative rock group The Gutter Twins with Greg Dulli of The Afghan Whigs in 2003. Between 2004 and 2011, he released three critically acclaimed albums of duets with Scottish singer Isobel Campbell of Belle and Sebastian. He has also contributed to releases by Moby, Bomb the Bass, Soulsavers, Tinariwen, The Twilight Singers, Manic Street Preachers, and Unkle, among others.

Lanegan struggled with drug addiction and alcoholism throughout his life, but sustained sobriety for over a decade up until his death. Encouraged by his friend Anthony Bourdain, Lanegan released his first of two memoirs Sing Backwards and Weep in 2020, followed by Devil in a Coma, about his near-death experience with COVID-19, the following year. He died in 2022 at the age of 57.

It was filmed after Lanegan's near-death experience from COVID-19 The post Watch Mark Lanegan’s final video with side project Dark Mark vs. Skeleton Joe appeared first on NME.

How Do You Burn? features the late Mark Lanegan, who was also responsible for coming up with the album’s title

The Manics treated their fans to live debuts and classics, and paid tribute to the late Mark Lanegan, at the intimate Cardiff show The post Watch Manic Street Preachers cover Madonna as they kick off BBC 6 Music Festival appeared first on NME.

"When a drug addict loses a friend, they just do more drugs," the late Mark Lanegan says on the new episode of Rolling Stone Music Now

"I think we actually became brothers in that moment because we understood certain things about each other" The post Screaming Trees drummer regrets throwing beer can at Mark Lanegan appeared first on NME.

Dave Grohl pays tribute to Mark Lanegan: “If he sang about pain, you believed it”

Foos frontman says "there was nobody like" Lanegan The post Dave Grohl pays tribute to Mark Lanegan: “If he sang about pain, you believed it” appeared first on NME.

Eddie Vedder pays moving tribute to Mark Lanegan at Seattle concert: “We will always have his voice to listen to”

The grunge icon passed away yesterday morning The post Eddie Vedder pays moving tribute to Mark Lanegan at Seattle concert: “We will always have his voice to listen to” appeared first on NME.

The Screaming Trees and Queens of the Stone Age singer, who passed away yesterday at age 57, was known for his corroded growl and collaborative spirit.

The Screaming Trees frontman died Feb. 22 at the age of 57

The acclaimed Seattle rock veteran was 57.

The grunge icon went completely deaf from the virus and was "slipping in and out of a coma" The post Mark Lanegan details COVID-19 battle in new memoir appeared first on NME.

The tour saw a feud erupt between Liam Gallagher and Mark Lanegan The post Manics look back on infamous US tour with Oasis and Screaming Trees appeared first on NME.

Another Knock At The Door (IYEARA Remixes)

She Loved You (IYEARA Remix)

Ballad of the Broken Seas

I'll Take Care of You

Whiskey For The Holy Ghost