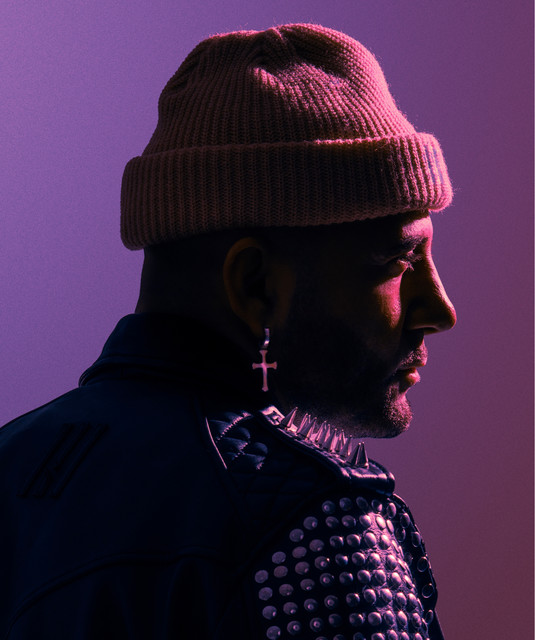 Carl Abou Samah (Arabic: كارل أبو سمح; born April 18, 1979), better known by his stage name Karl Wolf, is a Lebanese-Canadian musician based in Toronto, Ontario, Canada. He has been a singer, songwriter, and producer since 2001, releasing his first solo album Face Behind the Face on MapleNationwide/Universal in 2006, followed by a second album Bite the Bullet in 2007. His third album Nightlife was released in 2009 followed by Finally Free in 2012, Stereotype in 2014 and WOW in 2015. His biggest hit has been a remake of Toto's "Africa" sampling from the song and providing new lyrics and arrangements. Through his company, Lone Wolf Management, Karl Wolf also manages a number of new artists. In 2015, he announced a new collaboration under the name BAE (Be All Equal) with Show Stephens, Brenda Mullen and producer MasterTrak. Wolf signed a new solo contract in Canada with British Columbia-based Cordova Bay Records as well as two new worldwide deals in Los Angeles, one for a publishing contract with BMG and another Digital "YouTube" deal with Collective Digital Studios. He co-wrote the OMI hit "Hula Hoop".

Don't F with Me

Show Me How You Dabke (Karl Wolf Remix)

Dance With The Demon

Ya Hilwe (Dance With Me Now)

Get Away (Andrew Pololos Remix)

Get Away (2Am Remix)

Get Away (Radio Edit)

Wolf In The Night (Remix)

Wolf In The Night

Wherever You Go (Remix) [Feat. Gyptian]

Face Behind The Face